Will non-fungible tokens be taxed from now on?

Non-fungible tokens or NFTs have taken the digital market by storm with a number of unhackneyed options for adventurous investors ranging from music and art to a variety of games along with more niche options.

NFTs are valued for their uniqueness and the fact that they cannot be exchanged like for like, unlike fiat currencies or cryptocurrencies.

Due to their unregulated and diverse nature, tax laws surrounding NFTs have been considerably loose and sometimes non-existent as digital assets are still not considered mainstream in a number of jurisdictions. This, naturally, has contributed even more to their growth and popularity.

The recent seizure of NFTs by UK tax authorities on suspicions of fraud sparked off deep-seated anxieties about the safety and transparency of these digital assets. Investors are now concerned about NFTs getting taxed, as their tax ambiguous status was one of their biggest attractions so far.

Hard to say how NFTs will be taxed

According to Gareth Randle, managing director of Authentix Management, “NFTs are probably going to be treated like the sale of any asset that’s subject to capital gains. NFTs have lots of different uses. NFTs can generate more NFTS. They can generate random tokens which can appear in your account.”

“Tax authorities are going to have a huge problem trying to work out all of this. All we see right now is the basic use case for NFT which is art. Art is taxed mostly as capital gains on profits. It’s hard to say how utility and other use cases specified above may be taxed,” Randle added.

The recent seizure of three NFTs by the UK’s HM Revenue and Customs (HMRC) – a non-ministerial department of the government responsible for tax collection – was the aftermath of a potential tax fraud case, involving approximately 250 fake companies. The total value of the attempted fraud was estimated to be around $1.9m (£1.4m). 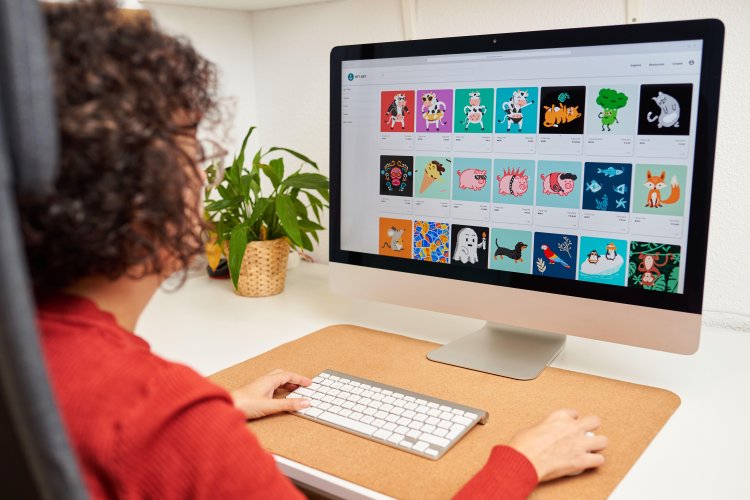 NFTs are valued for their uniqueness and tax-ambiguous status – Photo: Alamy

Along with the three NFTs, approximately $6700 of cryptocurrencies were also speculated to have been seized. Since the NFTs were digital artwork, HMRC also announced that it has obtained a court order to prevent the resale of these pieces.

Furthermore, it was made clear that they were hoping this case would discourage anyone else from trying to commit tax evasion using cryptocurrencies.

There is still considerable anxiety around whether this would actually prove to be an effective measure or not, further highlighting the difficulties of taxing NFTs effectively.

UK tax authorities can only access NFTs if they are stored on a UK-registered centralised platform, in which case, a court order against the resale would actually be honoured. Outside of the UK, such a warrant is unlikely to hold much merit.

Furthermore, investigators would still need to gain access to the NFT owner or creator’s online wallet, as well as their private key in order to be able to access any tokens the wallet may contain. In the UK, currencies seized by the state usually go on to be auctioned off.

Countries like India and South Korea have announced their intentions to tax cryptocurrencies and digital assets with India going so far as to put them in the highest tax bracket, with a rate of approximately 30%.

This move, while stricter than expected, gave investors hope that digital assets, which were still looked at with scepticism by a number of governments worldwide, would finally be accepted in India and lent it some legality with the establishment of a formal tax framework.

India’s finance minister, Nirmala Sitharaman also announced that losses from the sale of digital assets and cryptocurrencies cannot be offset against other income anymore. While this might be a blow in the short term to the sale and trade of these assets, in the longer term, it is expected to help with transparency issues.

Following the Reserve Bank of India’s concerns around private cryptocurrencies causing financial instability, a number of other banks in the country also restricted digital assets.

South Korea recently announced that it was exploring ways to tax cryptocurrencies and NFTs under the Act on the Specified Financial Transaction Information, where they are classified as “virtual assets”. There is still some debate regarding this as the finance minister as well as other parties were reported to be against this classification, and the details around tax brackets for NFTs remain to be announced.

Whether any other countries would follow suit and implement taxation plans for NFTs remains to be seen, but it is clear that this move would be fundamental in establishing digital assets as safe and fully regulated assets in many financial systems.

Capital.com Will non-fungible tokens be taxed from now on?