Is the Japanese yen still a safe haven?

One of the longest-held notions in the financial world is that the Japanese yen (JPY) is a safe-haven currency.

It has typically strengthened when risk-off sentiment runs high. Much like gold, when global economic growth is at risk, foreign exchange investors tend to flock towards the JPY as a means to park their funds for safe returns.

However, since early 2021, the JPY’s sheen as a safe haven has come under doubt, having lost value much like any other non-safe-haven currency.

The most recent example of the JPY’s diminishing safe-haven status has been during the war in Ukraine.

The JPY has steadily lost value since Russia invaded Ukraine on 24 February. On Friday (11 March), the USD/JPY pair hit a five-year high of 117.06.

The chart below shows how USD/JPY has moved since 24 February 24. 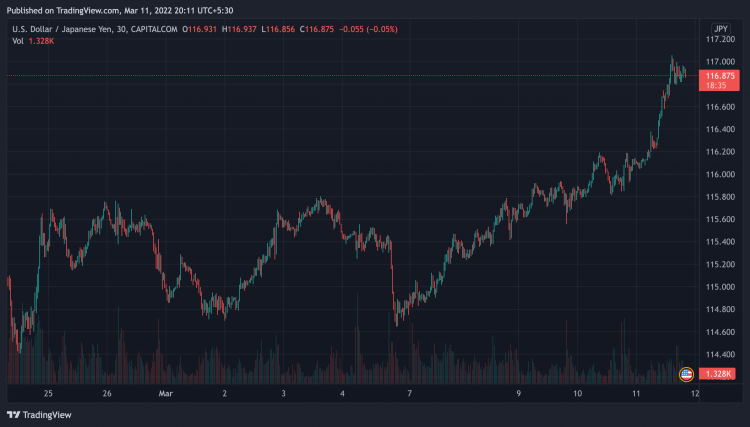 Prior to the war in Ukraine, the emergence of the Omicron variant of Covid-19 had started to threaten the fragile recovery of the global economy.

On 26 November 2021, when the World Health Organisation (WHO) declared Omicron a “variant of concern,” the yen did strengthen. It quickly lost value over the course of December 2021, however, and by the beginning of 2022 the USD/JPY was already past the level it was at on the day of the WHO’s announcement.

The following chart shows the movement of the USD/JPY pair between 26 November 2021 and 5 January 2022. 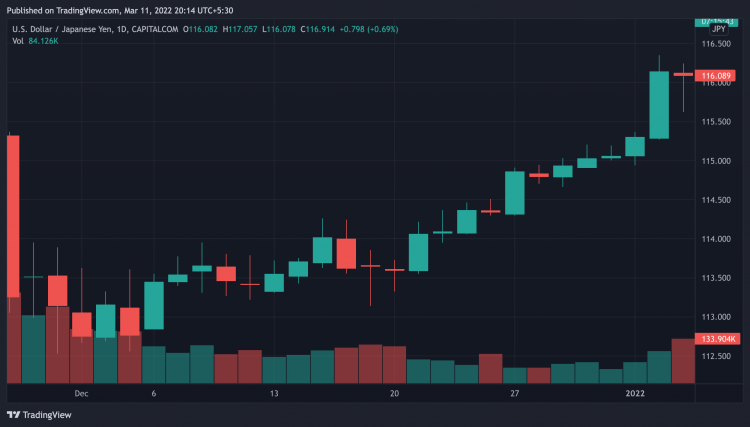 One of the deadliest variants of Covid-19, the Delta outbreak was first discovered in the United Kingdom in late February 2021. What followed was another round of crippling lockdowns in most Asian countries over the next few months.

While the JPY had bouts of strength, between February 2021 and August 2021 – when the Delta crisis was at its peak – the JPY had lost significant ground.

Below is a chart depicting the USD/JPY pair’s performance during this period. 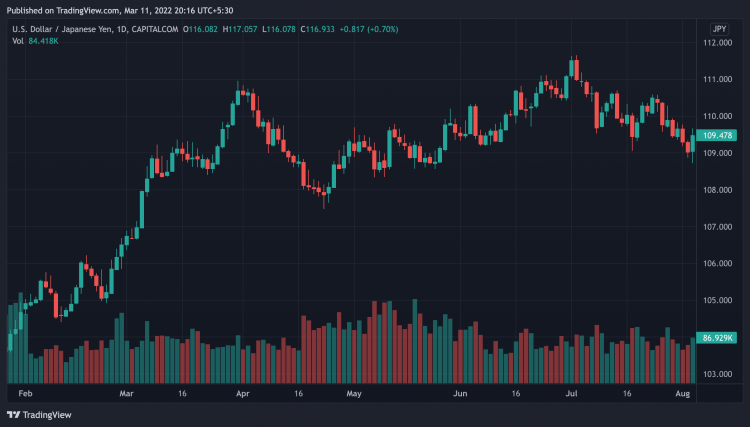 The last time the JPY truly exhibited its safe-haven characteristics was when news of Covid-19 first broke in early 2020.

With the pandemic representing an unprecendented crisis for the global economy, investors flocked to all kinds of safe-haven assets, including the JPY. With no sign of vaccines till late in the year, the JPY remained strong through 2020.

The following chart shows how USD/JPY fell from March 2020 till the end of the year. 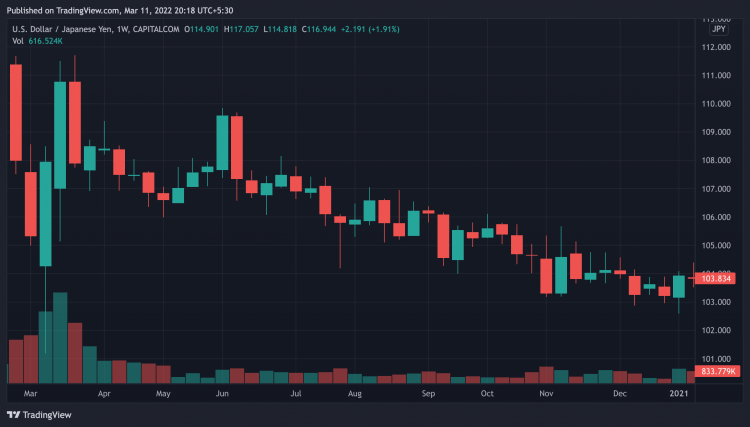 Performance during the 2008 crisis

For the better part of the decade since 2010, the Japanese yen versus the US dollar has moved largely on the back of local domestic conditions, as well as on factors that influence the strength of the US dollar.

Before Covid-19, the last major global economic risk event was the global financial crisis that began in September 2008, with the collapse of US-based investment bank Lehmann Brothers. Such was the extent of the crisis, and so slow was the recovery of the global economy, that the Japanese yen remained the preferred safe-haven asset for FX investors for several years. 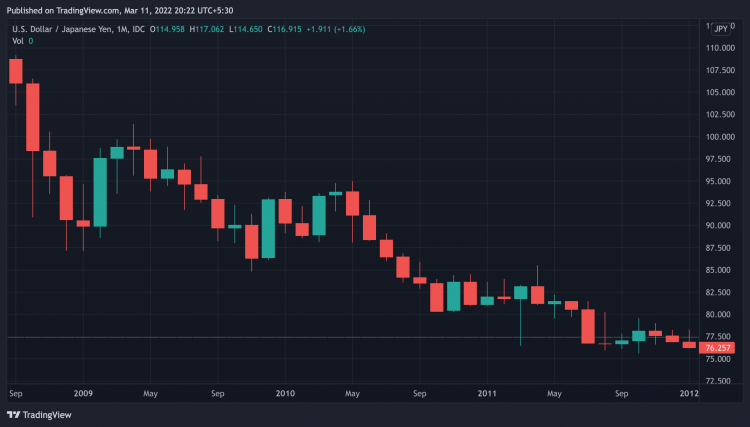 BOJ board divided over effects of weak yen

Does the yen’s recent weakness threaten its safe haven status?

Walgreens share price: What next for Boots as parent halts sale?

Capital.com Is the Japanese yen still a safe haven?