Financial hall of shame: the biggest frauds in history

Investors have had the wool pulled over their eyes all too often over the years.

There have been many elaborate schemes seeking to convince investors to part with their money on false premises. Then there are the cases where false accounting has been used to make firms look much better than they really are, artificially boosting share prices.

While senior executives have used a variety of accounting methods to fool investors, on occasion they have even resorted to downright theft, siphoning millions from company accounts.

When such scandals have come to light, investors have been left penniless or with suddenly worthless stock. There are instances where the truly unsuspecting employees of such firms have ended up losing their jobs and their pensions.

So, what were some of the biggest financial frauds in history and who were the perpetrators?

A Ponzi scheme is defined as a fraud in which people are duped into believing in the success of a fake enterprise; strong returns are facilitated mainly by the new funds put into the scheme by later investors.

Charles Ponzi so epitomised this kind of scam in 1920 North America that the fraud was named after him.

Ponzi claimed he was able to make fantastic returns by acquiring postal coupons at a discount and then sending them overseas where they could be sold at a higher price. He told his investors they could make 50% profit in 45 days and 100% profit in 90 days.

When people became suspicious and the scheme collapsed, tens of millions of dollars were lost (well over $200m in today’s money). 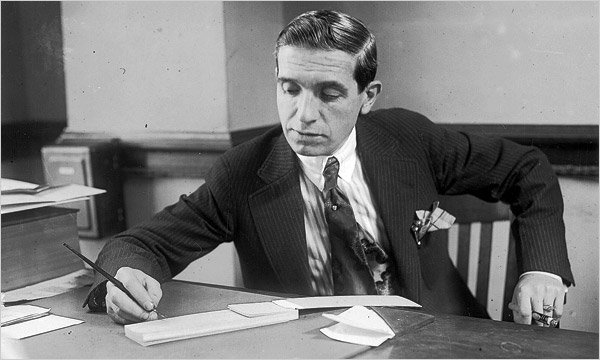 Ivan Boesky helped inspire the production of the film Wall Street, with its key protagonist, Gordon Gecko, a character that was partly based on Boesky.

Boesky made more than $200m as he speculated on corporate takeovers, with many of his lucrative positions instigated just a few days before mergers and acquisitions deals were announced. He acted on the privileged information of insiders.

While insider trading was illegal, cases were seldom prosecuted at this time. In 1987, Boesky received a prison sentence of three and a half years, somewhat lenient by today’s standards. He was also fined $100m. 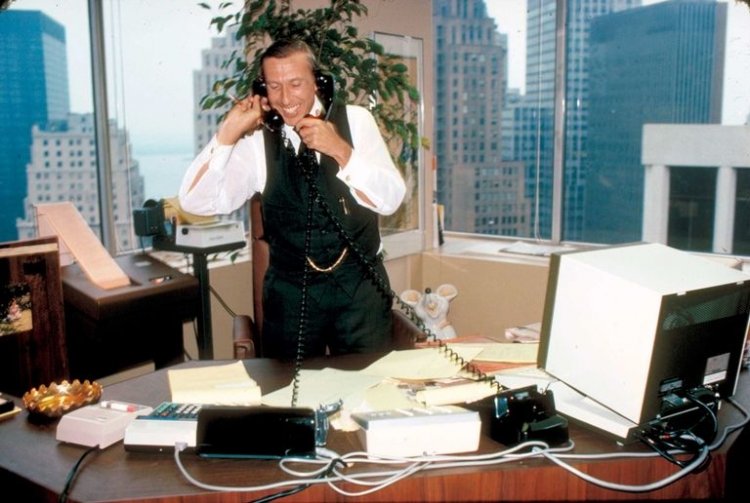 Minkow used mailboxes and fake offices to fool auditors and an elaborate scheme to falsify the company’s accounts.

However, Minkow’s luck had run out by the middle of 1987, by which time the scam had been uncovered.

Minkow would take short positions so he could then profit from share price falls.

On his release from jail in 1995, Minkow made a name for himself as a pastor and fraud expert. Through one of his parishioners, he stumbled on a sizeable pyramid scheme being perpetrated by an investment firm and alerted the authorities.

Over a number of years, he went on to write reports alleging fraud at various publicly listed firms. However, Minkow would take short positions in their stock so he could then profit from share price falls that would transpire once his reports were published.

Having been subsequently convicted of insider dealing and various frauds connected with his role as a pastor, his earliest release from jail is currently June 2019. 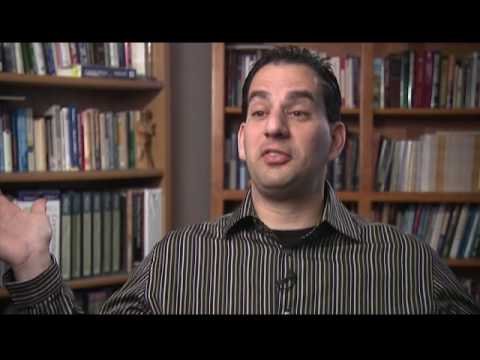 Robert Maxwell was the owner of various UK-based media companies, including Mirror Group. Following his death in 1991, itself shrouded in mystery, it was discovered that Maxwell had misappropriated hundreds of millions of pounds from his companies’ pensions funds, so he could save his business empire from bankruptcy.

Workers lost around half of their pensions entitlement, despite the UK government stepping in to bridge some of the shortfall.

The authorities never got a chance to quiz Maxwell about the fraud. He died at sea, either jumping, falling or being pushed, off his yacht. 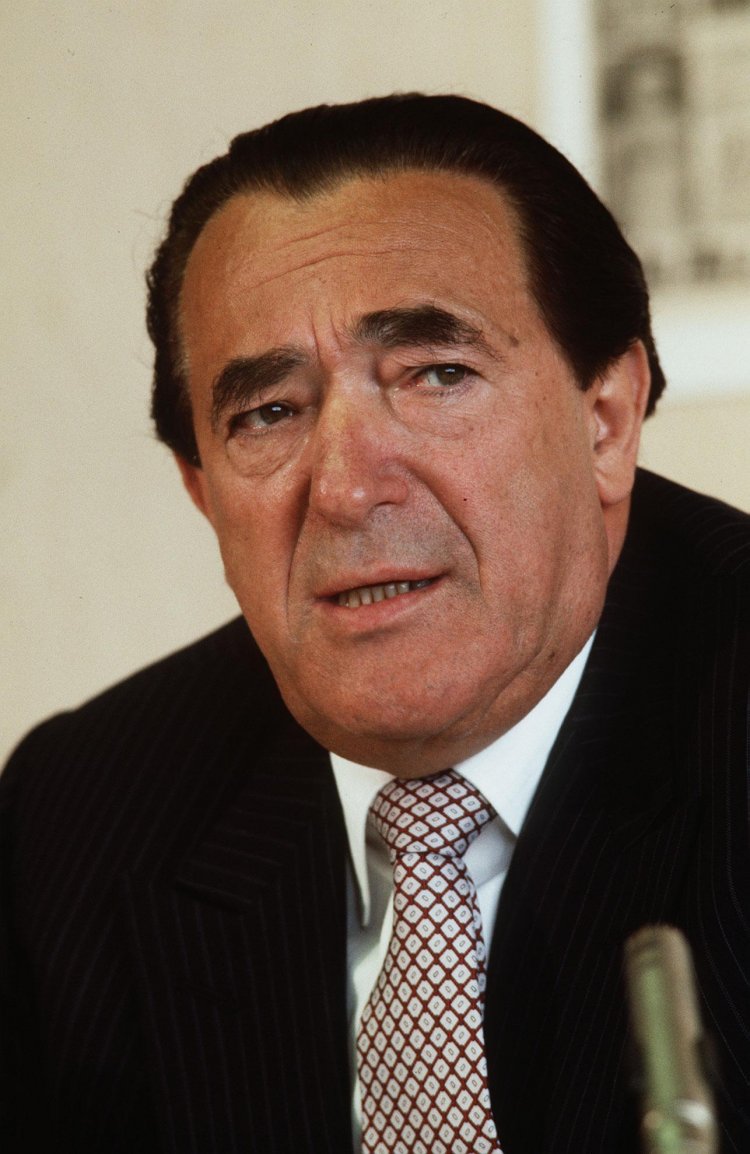 Jeffrey Skilling is the former chief executive of energy, commodities and services company Enron. He enabled the shady accounting practices that allowed Enron to hide its debts from investors and inflate its earnings, putting him at the centre of one of the worst accounting scandals of all time.

Through various limited liability special purpose entities, Enron was able to move hundreds of millions of debts off its books.

Fake revenues were booked by shell companies, making the business look much bigger and more successful that it was. Revenue from huge energy derivative contracts were booked at gross value rather than net value.

Skilling used his inside knowledge to sell his shares at a massive profit, not long before the company imploded and filed for bankruptcy protection in 2001. Jailed on counts of fraud and insider dealing in 2006, he is currently scheduled to be released in 2019. 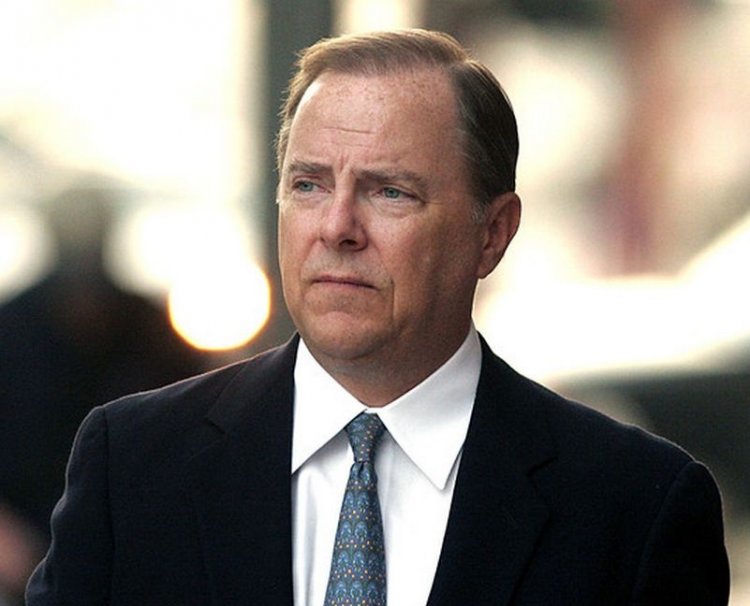 Bernard Ebbers was the co-founder and chief executive of WorldCom, a US-based telecommunications company that was forced to file for bankruptcy protection in 2002. Like Enron, WorldCom instigated a huge accounting fraud.

Operating expenses were classified as investments, with the result that around $3.8bn of expenses were treated as assets on the balance sheet.

It meant that rather than being set against revenues in the year they were incurred in the profit and loss account, they were added to the balance sheet and then depreciated over a number of years.

In the early years, such a tactic tends to inflate earnings as operating expenses are reduced.

Unlike operating expenses, depreciation expense is not reflected in cash flow. The latter therefore looked much better than it really was – in WorldCom’s case to the tune of $3.8bn spread over five quarters.

The revelations also came as the company was struggling to refinance around $30bn of debt. 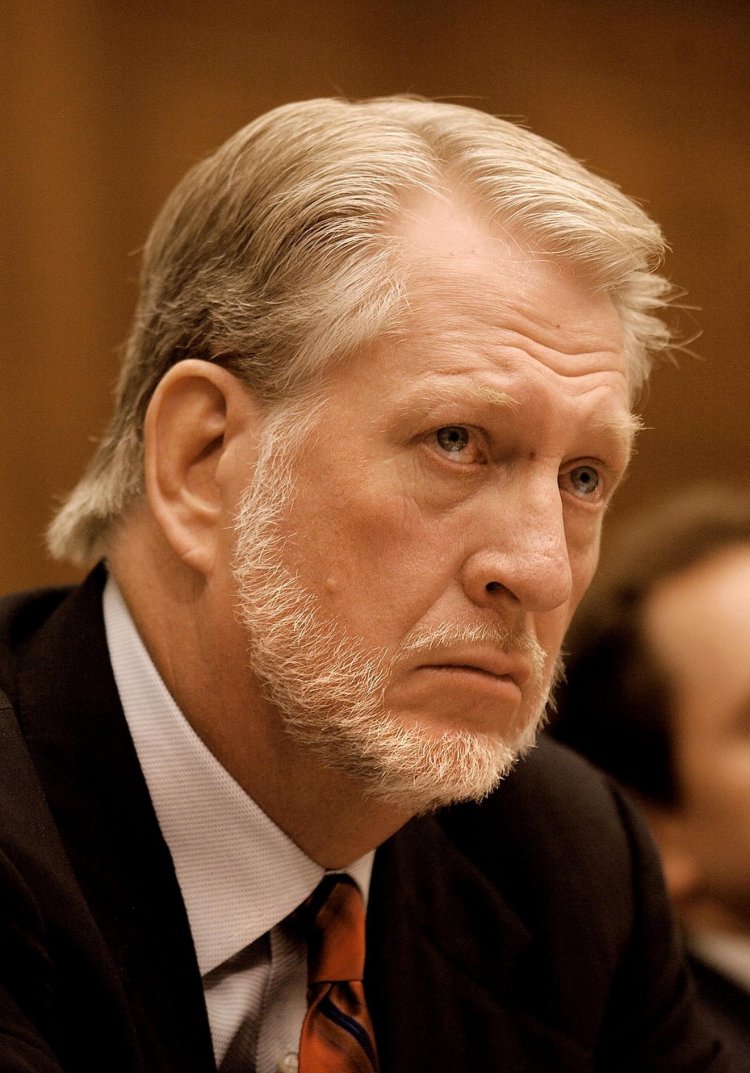 Kozlowski and Swartz took millions from Tyco in the form of illicit “loans” and fraudulent stock sales.

Kozlowski, who was known for an extravagant lifestyle, allegedly used funds from Tyco to pay for his $30m New York apartment, complete with $6,000 shower curtains. He received $81m in unauthorised “bonuses” from the company. 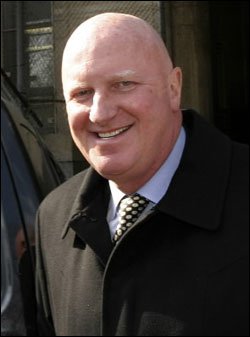 In 2008, it came to light that Bernie Madoff had perpetrated one of the biggest frauds in the US history. Having managed to operate a Ponzi scheme since at least the 1990s, the $18bn in losses suffered by his clients dwarfed the $200m in today’s money lost by Charles Ponzi’s investors in 1920.

His hedge fund Bernard L. Madoff Investment Securities lured new investors by claiming to have achieved an 11% return every year for 15 years. It purported to use a proprietary strategy based on options to reduce volatility.

The truth however was that the historic investment returns of his clients were completely fabricated. Madoff had not actually been making investments through the fund for years. Many of Madoff’s customers were wealthy individuals or charities.

Some now believe the wealth management arm of his firm had been operating the fraud since the 1970s, though Madoff has claimed the scam began in the 1990s.

Money received from new investors enabled Madoff to pay dividends to existing investors, enabling him to maintain the fraud over a number of years.

When the stock market plunged during the financial crisis and his customers wanted to redeem their investments, Madoff was simply unable to maintain the fraud. 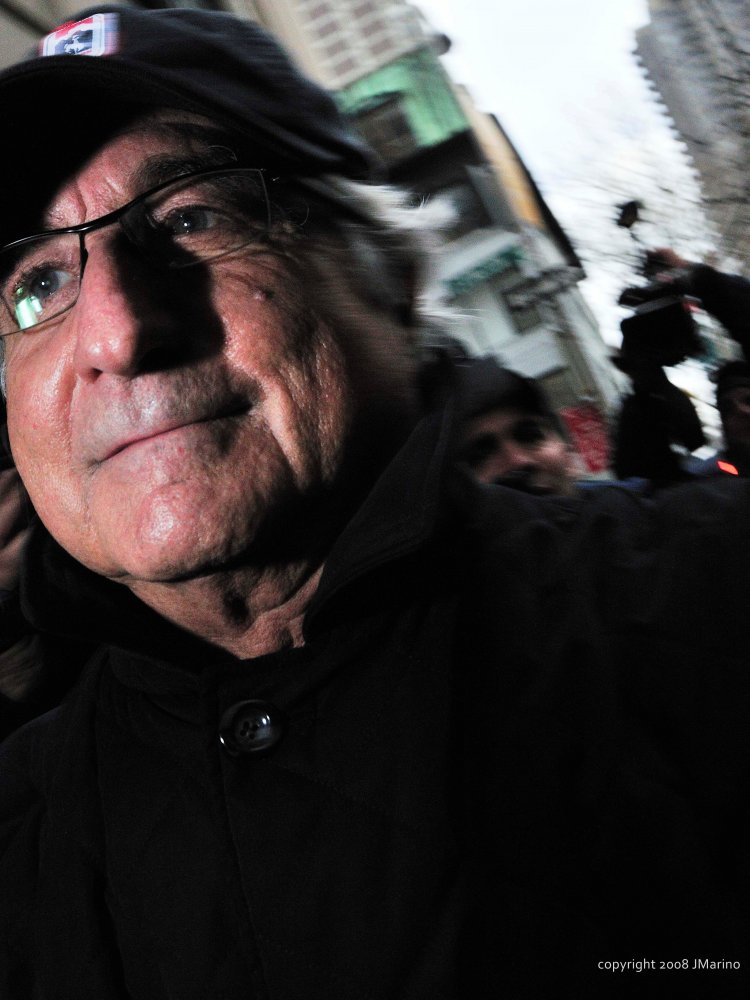 In 2009, US authorities began to question the elevated returns that Allen Stanford’s investment fund purported to make for its customers.

Around three years later, he was found guilty of operating a Ponzi scheme that defrauded thousands of investors out of some $7bn.

In an echo of the Madoff case, the financial statements and investment income of his Stanford International Bank were found to be entirely “fictional”.

Stanford, who was previously known for his sponsorship of Twenty20 cricket, was jailed for 110 years. 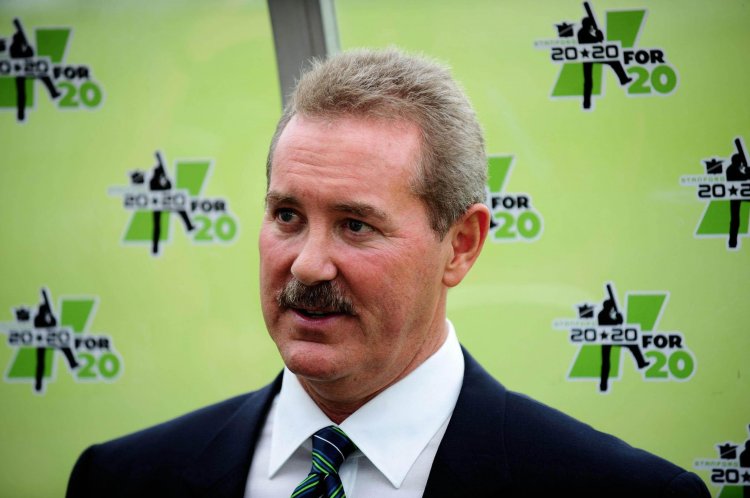 Lessons learned from the biggest frauds

We’ve covered some of the biggest financial scandals in recent history. One saying comes to mind: “If it’s too good to be true, it probably is”.

Investors should bear in mind that any opportunity offering potentially high returns ought to be expected to come with a commensurate higher level of risk. This is one reason why the very high, quick returns offered by Ponzi should have sent alarm bells ringing.

Indeed, for this reason, some experts had warned regulators about the unlikelihood of Madoff’s relatively high, steady, long-term returns as long ago as 1999. Sadly, the warnings were not taken seriously. 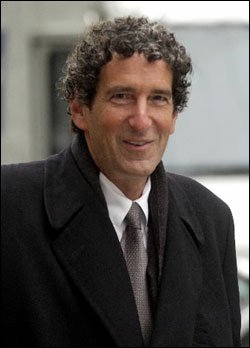 There is an important role to be played by regulators to ensure appropriate checks and balances are in place to protect investors and other stakeholders.

Since the scandals of WorldCom and Enron, accountancy standards across the world have generally been strengthened.

Then there’s also been the huge recent banking failures of the likes of Lehman Brothers and Royal Bank of Scotland, though these collapses were put down to incompetence rather than due to criminal activity.

Companies have found it much easier to keep their dirty laundry secret in the good times.

One important lesson is that in the good times, when markets are rising, and the global economy is in expansion, companies have found it much easier to keep their problems under wraps and their dirty laundry secret.

Another issue is that governments tend to tighten regulation following downturns and big corporate scandals, but typically become all too ready to loosen standards once the good times return and corporate problems fade to the background.

Whether it be investing in funds or publicly-listed companies, investors always need to make sure they do plenty of research, and never put too many eggs in one basket.