Global bitcoin mining has already recovered from the ban imposed by Chinese authorities in May, at which point the East Asian country was the home of roughly half the global output.

Data published on Friday by Blockchain.com show that the hashrate, a measure of total computing power used to mine bitcoin, is up 113% since the Chinese authorities imposed their ban.

It appears that Chinese authorities' attempts to control the domestic crypto sector with its September ban on crypto use may have a similar impact on the use of digital currencies within its borders.

Activity instead is shifting to the DeFi sector.

The term “DeFi” refers to decentralized protocols that provide financial services without relying on a centralized intermediary, most of which are built on the Ethereum blockchain.

Anshu Siripurapu, an economics specialist at the Council on Foreign Relations explains that the rapid rise of DeFi enterprises means billions of dollars in transactions are now taking place in a relatively unregulated sector, raising concerns about fraud, tax evasion, and cybersecurity, as well as broader financial stability.

This has forced regulators to begin crafting rules for the emerging sector, but developing rules that limit traditional financial risks without stifling innovation is a challenging exercise.

A map showing markets where cryptocurrencies are restricted or banned would be almost completely dominated by Asia in the shape of Russia, Bangladesh and China. China has also cracked down on public decentralized chains because of their use of initial coin offerings.

Yet in January the Shanghai government made an investment in blockchain firm Conflux in a move some observers have interpreted as an attempt by China to build its own version of DeFi and limit the amount of capital leaving the country.

Conflux, which describes itself as China’s only regulatory compliant public blockchain, was awarded a research grant worth in excess of $5m from the Shanghai Science and Technology Committee and Xuhui district government.

In September, Shanghai ShuTu Blockchain Research Institute (a joint venture between Conflux and Shanghai Maritime University) announced that it would be testing an offshore yuan stablecoin in the city’s Lingang Special Area of China (Shanghai) Pilot Free Trade Zone.

Chinese banks are also looking to get in on the act, with a subsidiary of China Merchants Bank launching a $50m fund that will make early and growth stage investments in start-ups building DeFi and blockchain-related products with public blockchain developer Nervos.

According to Chainalysis’s 2021 Global DeFi Adoption Index, China ranks fourth behind the US, Vietnam and Thailand and is one of the biggest markets by DeFi transaction volume with almost half (49%) of the $256bn in cryptocurrency received between July 2020 and June 2021 going to DeFi protocols.

At this point, many Chinese users appear to be waiting to see what happens after Huobi reaches the end of December, the point at which it said it would close accounts for Chinese users.

Many of these users are dispersing onto tier two exchanges where the rules are not being enforced, although the larger exchanges are also benefitting from this migration.

Since the rules on Chinese users living abroad are not particularly clear, some centralized finance (CeFi) platforms are using this as a loophole for allowing Chinese custom even though they state they do not allow users from Mainland China, says Ben Yorke, a vice president at DeFi platform liquidity network WOO Network.

“Wallets like Tokenpocket, ONTO wallet, and Math Wallet allow Chinese users to have a gated experience to DeFi by having sections for decentralized apps (dApps), so that is definitely bringing people into the space,” he says.

“At the moment, only the real power users are using mainstream protocols but that could change in 2022 as people become more experienced and CeFi regulations tighten. Some of the wealthiest exchanges, venture capitalists, projects and miners are Chinese so it is impossible to overlook these communities when shaping the future of DeFi.” 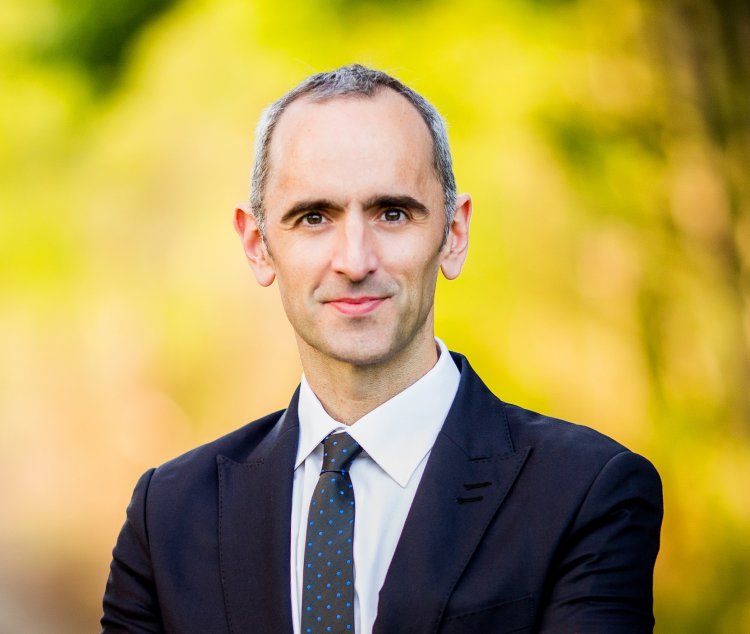 Cryptocurrencies in China, including bitcoin, were largely solutions to problems that did not exist, suggests Zennon Kapron, managing director of Asian fintech strategic consulting firm Kapronasia.

“Although China’s financial industry is less mature than many others around the world, it has modernised rapidly.

“Digital payments are ubiquitous and financial services have also largely shifted online. However, DeFi can potentially address some of the gaps in China’s financial industry, especially around lending and financial inclusion.”

“This can also be seen in the rise of transaction value in the DeFi ecosystem,” she adds. 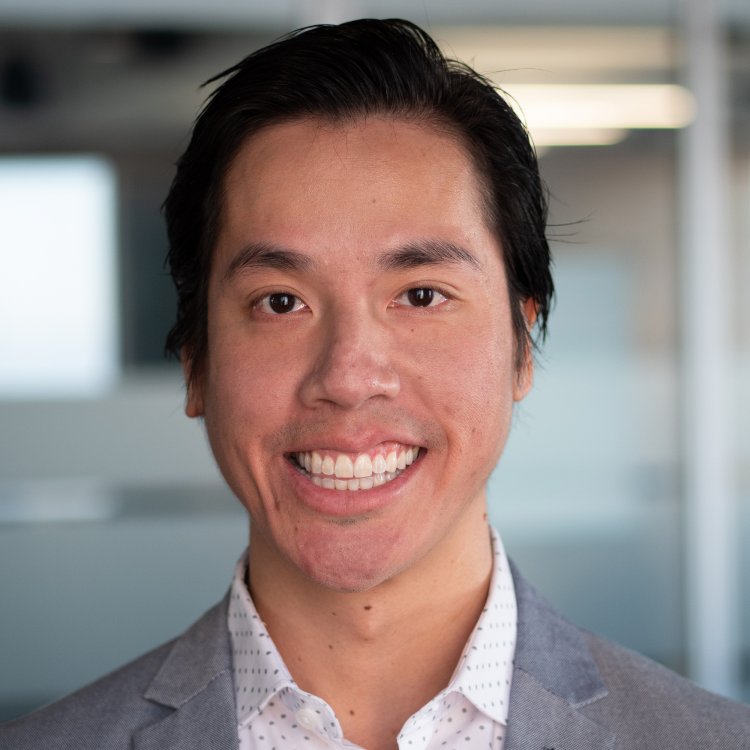 “The government could find ways to cut off access, which would lead to loss of funds/assets,” he says.

As Capital.com previously reported, the level of centralized control in China makes it realistic for the country’s government to exert control over the use of decentralized finance platforms within its borders.

According to Le, any framework for DeFi regulation in China would be likely to address issues such as developer responsibility, the requirement for KYC (know your customer) and anti-money laundering legislation compliance, and cooperation between governments.

If they felt that these requirements were not being met, he suggests that the Chinese authorities could block access to DeFi by limiting access to wallets within its borders by using its firewall.

But that does not mean regulators would find it easy to regulate Chinese DeFi companies. Regulating cryptocurrency and DeFi has always been challenging due the very nature of the decentralized platforms on which they operate.

Impact of the digital yuan

Governments and regulators have tended to focus on the parts that they can control, such as limiting what services banks can provide to crypto exchanges.

“However, as more value moves onto DeFi platforms it will be even harder for regulators to control the industry as everything will be happening in decentralized networks,” says Kapron.

“China may have a slight advantage in regulating DeFi once the digital yuan is fully launched, but will face many of the same challenges,” he adds.

Yorke observes that regulation can only take place at the exchange level and suggests that the goal was not to completely eradicate the industry, but just to prevent it from disrupting society through scams, money laundering, and rampant speculation.

“That goal is largely achieved and with the Olympics and Politburo appointments coming up in 2022, I doubt stamping out DeFi is high on China’s list of priorities,” he says.

The question remains just how likely the Chinese government is to build its own decentralised finance network.

The challenge for regulators and governments around DeFi is the ability to track transactions and intervene when necessary and in theory, the controllable nature of the digital yuan would give the Chinese government the ability to have deeper visibility into DeFi transactions.

“Using the digital yuan as a basis, one could see a potentially very robust Chinese DeFi infrastructure that would not only allow the government to have visibility into what is happening, but also allow third party players to address many of the shortcomings of the current financial system, such as lack of credit for individuals and SMEs (small- and medium-sized enterprises),” says Kapron.

Yorke says China will roll out something resembling a decentralized network over the next decade, possibly in the form of an automation layer using permissioned smart contracts, although this would be very different from the mainstream crypto assets we usually refer to. 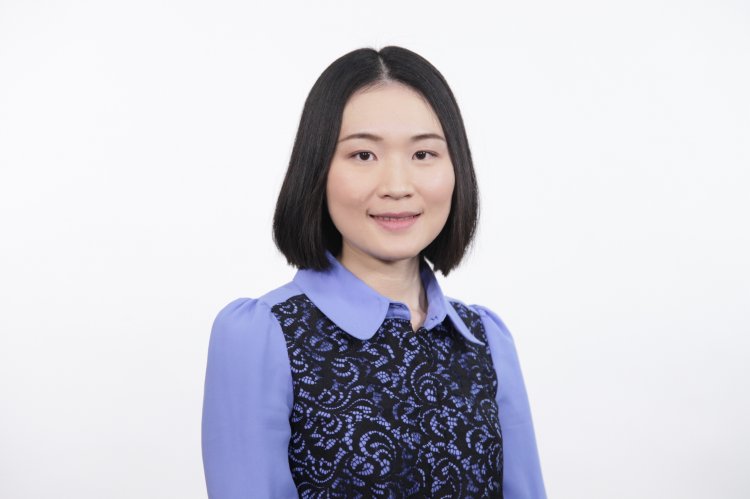 But Zhong remains to be convinced. “I don't think this will happen,” she says. “The Chinese government is highly centralised in all respects. Even though it has its own digital currency, it is unlikely that it will have anything that is decentralised.”

Le is also sceptical, referring to the Chinese authorities’ penchant for centralization.

“For this reason we could expect the government to build more financial infrastructure that gives it greater control and visibility into its financial system,” he concludes. “China’s ambition to build out a central bank digital currency is evidence of that.”

BTC/USD 23129.25
Trade
+1.620%
XRP/USD 0.40354
Trade
+1.970%
ETH/USD 1588.78
Trade
+1.950%
DOGE/USD 0.0955436
Trade
+9.480%
LUNC/USD 0.00017515
Trade
+5.090%
The difference between trading assets and CFDs
The main difference between CFD trading and trading assets, such as commodities and stocks, is that you don’t own the underlying asset when you trade on a CFD.
You can still benefit if the market moves in your favour, or make a loss if it moves against you. However, with traditional trading you enter a contract to exchange the legal ownership of the individual shares or the commodities for money, and you own this until you sell it again.
CFDs are leveraged products, which means that you only need to deposit a percentage of the full value of the CFD trade in order to open a position. But with traditional trading, you buy the assets for the full amount. In the UK, there is no stamp duty on CFD trading, but there is when you buy stocks, for example.
CFDs attract overnight costs to hold the trades (unless you use 1-1 leverage), which makes them more suited to short-term trading opportunities. Stocks and commodities are more normally bought and held for longer. You might also pay a broker commission or fees when buying and selling assets direct and you’d need somewhere to store them safely.
Capital Com is an execution-only service provider. The material provided on this website is for information purposes only and should not be understood as an investment advice. Any opinion that may be provided on this page does not constitute a recommendation by Capital Com or its agents. We do not make any representations or warranty on the accuracy or completeness of the information that is provided on this page. If you rely on the information on this page then you do so entirely on your own risk.