Chia coin: should you buy the crypto or invest in the IPO?

One of the newest cryptocurrencies, chia (XCH) launched in early May. Blockchain developer Chia Network is going public as early as this year, capitalising on calls for cryptocurrencies to reduce their carbon footprint to gain mass adoption. Chia claims to be building an eco-friendly cryptocurrency on an environmentally sustainable blockchain.

What is chia crypto and how does it work? Is Chia Crypto Network a scam or legit? Should you consider investing in the stock when it goes public or trade the native cryptocurrency now?

This article looks at the latest developments of the project, everything we know about the Chia Network IPO and forecasts for the coin price.

What is Chia Network all about? 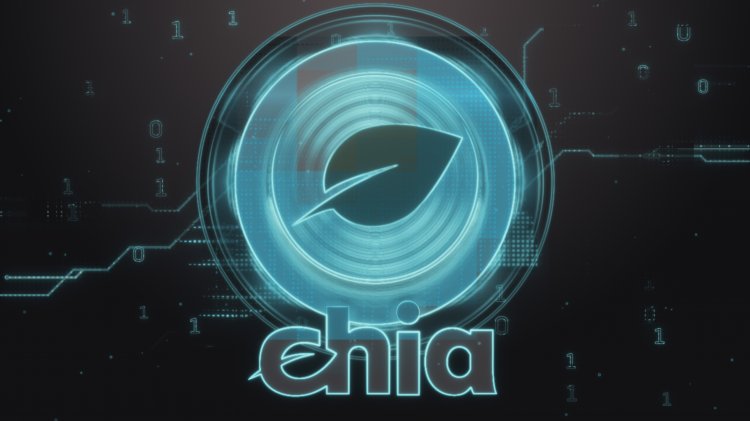 Rather than the energy-intensive Proof-of-Work (PoW) algorithm that Bitcoin and other blockchains use to process transactions and mine coins, Chia is a storage-based protocol running a “Proof-of-Space-and-Time” (POST) algorithm that uses unallocated disk space. The chia token is the native cryptocurrency that runs on the blockchain.

How does chia (XCH) crypto work?

As the POST approach does not use computing power, it does not require energy to create coins. Miners allocate their spare storage space to the network, and the probability of farming a chia coin is proportional to the amount of space they are providing compared to the total capacity of the network. Chia is now the largest storage-related blockchain, surpassing Filecoin, according to Hoffman.

The nature of the POST algorithm makes it resistant to the development of mining pools, which helps the network to remain decentralised. POST relies on cryptographic protocols called Verifiable Delay Functions (VDFs), according to the Chia Network website. Designing implementations for the VDFs will help developers improve on the blockchain and cryptocurrency system.

The Chia Network blockchain uses Chialisp, a new programming language that is secure and easy to audit. The goal is to make cryptocurrency “easier to use than cash”. Anyone can download the software from the Chia website and start farming coins if they have enough storage space.

Chia Network supports the enterprise use of chia with software and chia lending. It aims to become a payment system for companies and institutions, including banks and governments.

Chia Network launched the chia coin on 3 May 2021, and the company raised $61m in an investment round later in the month. The financing valued the company at around $500m, Bloomberg reported.

Executives at Chia Network plan to take the company public, either through an initial public offering (IPO) or a special purpose acquisition company (SPAC). The firm has set the goal to go public relatively soon, Hoffman told Bloomberg:

“Our goal has always been to go public relatively quickly as that will significantly clarify our regulatory environment and allow customers to use currency to hedge public market volatility, which is different from other coins.”

The Chia IPO date could come this year.

Social media users have expressed concern that the supply of XCH coins is pre-mined, which raises the possibility of so-called “pump and dump”, whereby the price is driven up and a large supply of crypto coins sold on the market, crashing the price while the original investors offload their holdings for profit. There are also concerns that the accessibility of mining the coin by simply downloading software will cause a shortage in hard drives and drive up costs.

Cryptocurrency prices have come under pressure amid concerns over increased regulation in the US and China, and comments on social media from Elon Musk about the environmental impact of crypto mining. Chia has not been immune from those moves.

But what is the outlook for chia coin's future value? Will the price rebound and set fresh highs?

Chia coin price forecast: what is the long-term outlook? 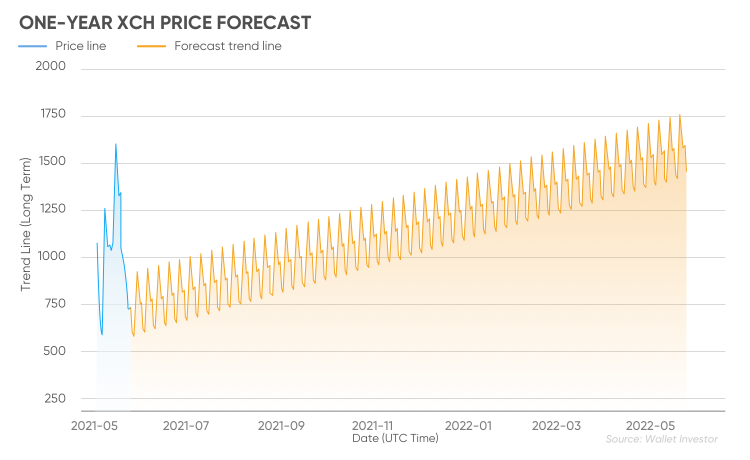 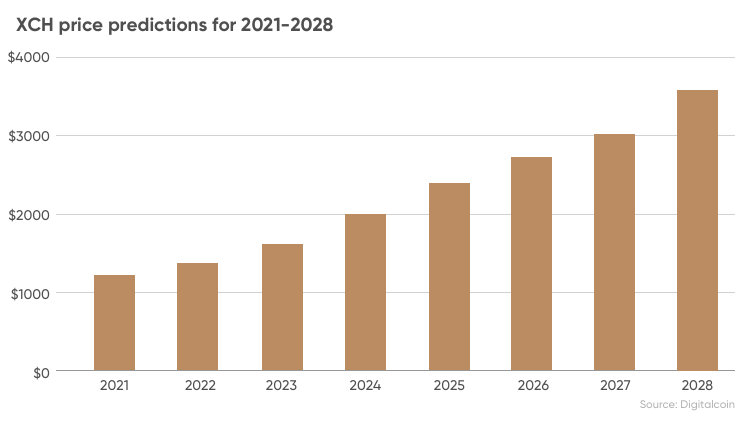 The deep learning-based forecast from Gov Capital is bearish on the future of the coin in its chia coin price prediction, forecasting that although the price could rise to the $1,200 level a few times in June, it will ultimately drop to zero by the end of the month.

Technical analysis from CoinCodex is also bearish. There are 13 technical analysis indicators giving bearish signals, compared with only five offering bullish signals. The 3-day to 21-day simple and exponential moving averages are bearish, while the relative strength index and stochastics are bullish.