Crypto fraud is not a 2020/2021 thing. Even though the market capitalisation of cryptocurrencies has exploded recently, scams have been occurring since the dawn of bitcoin (BTC), as scam artists have seen an opportunity in this up-and-coming asset class to fool investors who keep seeking the next big thing in the growing crypto ecosystem.

Perhaps one of the biggest cryptocurrency scams that has occurred recently was the disappearance of the founders of Africa’s largest cryptocurrency exchange – AfriCrypt – with a total of $3.6 billion allegedly missing as a result of a large-scale hack the exchange is said to have suffered.

This is not an isolated incident in the history of the crypto market. Meanwhile, there are other less notable but more frequent cases that occur to unwary investors, including email phishing and social media scams.

According to Bolster’s cryptocurrency scam report, the number of scams grew 40% to 400,000 cases in 2020. The researcher predicts further increases up to 75% in 2021, based on the current level of malicious activity that could indicate potential scams.

According to  Shashi Prakash, co-founder and CTO of Bolster: “Among all the different types of scams, crypto scams are the fastest growing category, and we are just at the beginning of this new wave of digital theft campaigns. We continue to see scammers being opportunistic and designing campaigns focused on real time, surging trends when people are likely not to be on guard because it’s so new”.

To help you avoid becoming prey to these con artists, the following article describes the most common crypto coin scams and the usual ‘modus operandi’ of crypto scammers so you can protect yourself when navigating the largely unregulated and still immature waters of the crypto market.

The anonymity that transactions made within the blockchain permit is one of the things that facilitate cryptocurrency investment scams, as con artists can convince their victims to send them a certain amount of crypto tokens – only to then disappear without trace in a cloud of complicated code.

There are many types of crypto scams going, from so-called “rug pulls” which mostly occur in the decentralised finance (DeFi) space, to social media and social engineering scams that take advantage of mass psychology to trick investors into buying allegedly promising tokens just to push their price higher to then sell a large portion of the total circulating supply – also known as pump & dumps.

Despite the different schemes criminals tend to follow, the purpose of these scams are primarily the following:

As the crypto ecosystem continues to evolve, the techniques used by fraudsters will likely evolve, but their ultimate goal will remain the same – stripping investors of their hard-earned money. 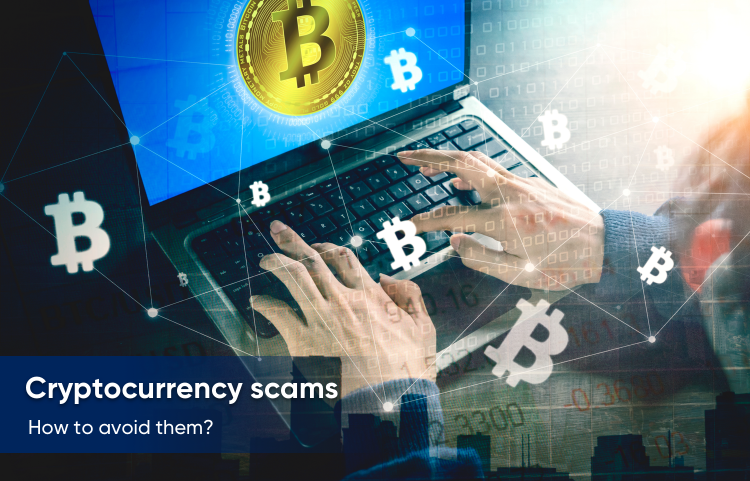 How to identify cryptocurrency scams?

The best way to identify potentially fraudulent situations involving cryptocurrencies is to familiarise yourself with some of the most common crypto scam warning signs.

According to the cybersecurity firm Kaspersky, the following scenarios should trigger an alert for investors when being presented with an offer involving cryptocurrency:

Although these are just some of the many warning signals that could help you identify potential schemes and techniques used by criminals to defraud investors, you’ll probably be able to avoid many scams by just saying NO when any of those situations take place.

The SEC’s Office of Investor Education and Advocacy (OIEA) warns traders and investors to carefully check investment opportunities offered by websites promoting their cryptocurrency services. Some of them may contain “red flags” of fraudulent activity, including promises of high returns and low risk.

Forewarned is forearmed, so to help you protect yourself, let’s see how some of some of the most common scamming techniques work in practice

Here’s is a crypto scams list, which consists of five types of fraudulent actions seen on the web today:

A social media scam can work in different ways. For example, the fraudster may attempt to impersonate a celebrity, a reputed character within the crypto and financial space, or any other person whose credibility might be sound enough to make you think the offer is legitimate.

Moreover, they may go as far as hacking that character’s real social media profile – as happened last year when a hacker accessed the account of multiple high-profile individuals including Jeff Bezos, Barack Obama, and Elon Musk, and used those accounts to ask their followers to send a certain amount of crypto assets in exchange for a higher payout.

The power of social media nowadays to shape people’s opinions is sometimes underestimated, and that is even more true when it comes to investment fraud. People might feel prompted to invest in opportunities that are being ‘validated’ by a relatively large group of people, and that is how this type of scam works.

In a social engineering scam, the fraudster will operate multiple social media accounts that will be used to validate a project, an investment idea, an initial coin offering, or a certain crypto-related service to get real people to put their money into it.

Most of these accounts are fake but investors fail to realise the coordinated nature of the fraud until it is too late. 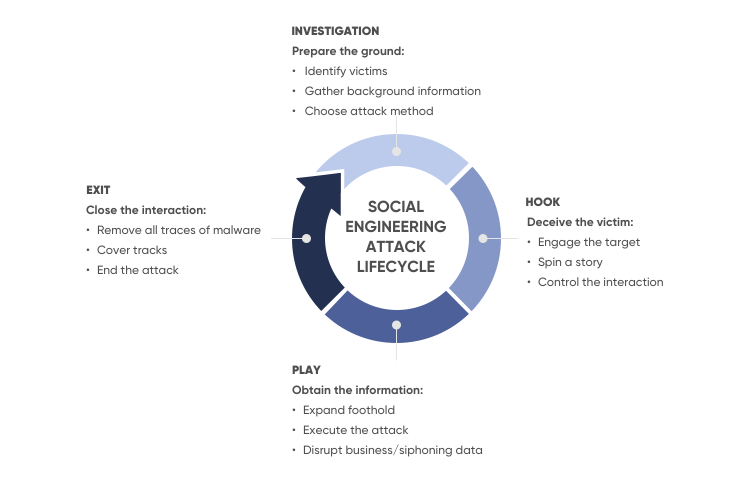 The number of crypto exchanges has been constantly growing since bitcoin (BTC), ethereum (ETH) and other crypto projects started to get traction.

As of 29 July 2021, there were 390 exchanges listed on the CoinMarketCap. The biggest cryptocurrency exchanges – based on a 24-hours volume according to Statista.com – include Binance, Tokocrypto, Upbit, ZG.com, Tokencan and OKEx. 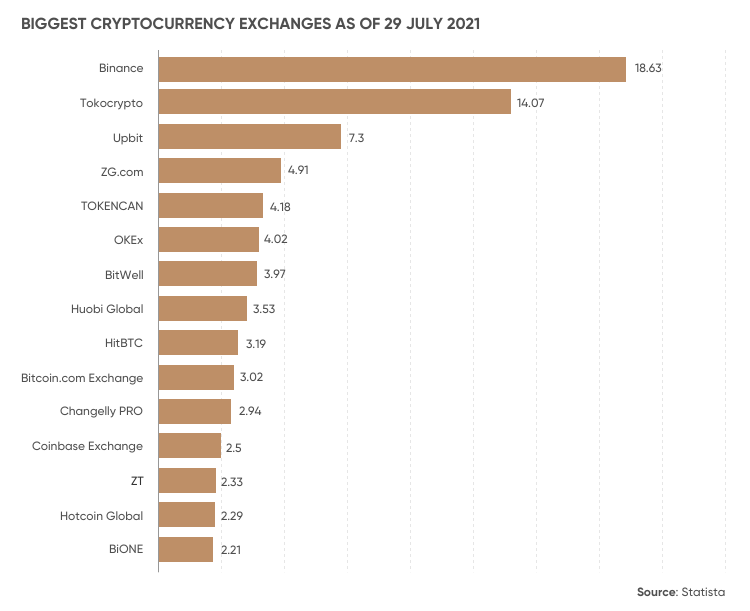 However, alongside numerous trusted exchanges which have proved to be legit and gained track records asreputable crypto trading providers, there are crypto exchanges which have been linked  to incidents involving stolen funds and allegedly hacked systems that have led to multimillion losses for investors.

In 2017, for example, the authorities in South Korea revealed one of these fake crypto exchanges. BitKRX was created and represented as a cryptocurrency branch of the largest and legitimate South Korean platform Korea Exchange (KRX). Using KRX's goodwill, BitKRX made investors believe in the project and eventually lost money.

In most cases, the crypto exchanges that have blown up were those that lacked the regulatory oversight that most traditional brokerage firms are subject to. In this regard, investors should be careful with depositing funds into exchanges that are not actively overseen by top-tier jurisdictions such as the United Kingdom, United States, Japan, or Australia.

Even though most people may not fall for the regular spam email that is filtered out by Gmail and other providers every day, email scam techniques have become more sophisticated and include cryptocurrency phishing scams in which the fraudster will attempt to get the investor’s access credentials to a wallet or crypto exchange account by directing them to log into their accounts through an imposter website.

ICO scams, also known as cryptocurrency exit scams, seek to raise money from a group of investors in the form of valuable tokens like bitcoin (BTC) or ethereum (ETH), only to then disappear with the money.

Even though most of these scams occurred during the “golden days” of ICOs back in 2017-2018, they still can happen nowadays. For example, a person could approach an investor with an opportunity involving the launch of a certain token or blockchain project that needs funding for the “development” stage.

In exchange, the investor will get a certain amount of the project’s tokens at a very low price, with the promise that these tokens will increase in value once the project is launched. However, the criminals who promote these projects ultimately disappear once they have raised a certain amount of money by collecting tokens from investors.

How to avoid cryptocurrency scams?

Knowing and understanding how the most common crypto scams work and which are the most frequently used techniques employed by criminals to steal money from investors is the first step to avoid them.

However, there are other preventive measures that investors can take to further protect themselves from falling victim to these activities:

Since October 2020, the Federal Trade Commission reported that it received complaints from almost 7,000 people in the United States who lost a combined total of nearly $800 million as a result of crypto scams.

Meanwhile, these were some of the most prominent and curious incidents involving crypto scams in 2021.

Be aware of crypto fraud

The cryptocurrency ecosystem is still fairly young and largely unregulated. This opens up opportunities for criminals to attempt to defraud investors through different schemes and techniques that aim to get access to their wallets or extract their hard-earned money by promising attractive but unrealistic returns.

This does not make cryptocurrencies less attractive investment instruments, but it should prompt investors to learn more about how these fraudulent offerings work and how you can actively avoid them.

How many cronos tokens are there? CRO token circulation analysis