Kraken IPO: what we know a year ahead of a highly-anticipated IPO

Kraken is a digital asset exchange that specialises in cryptocurrencies. The company has been on a mission since 2011 to aid in the acceleration and adoption of cryptocurrencies. Kraken will go live on the stock market next year and some media outlets are reporting it is seeking a valuation of $20 billion, although official confirmation has yet to be presented. 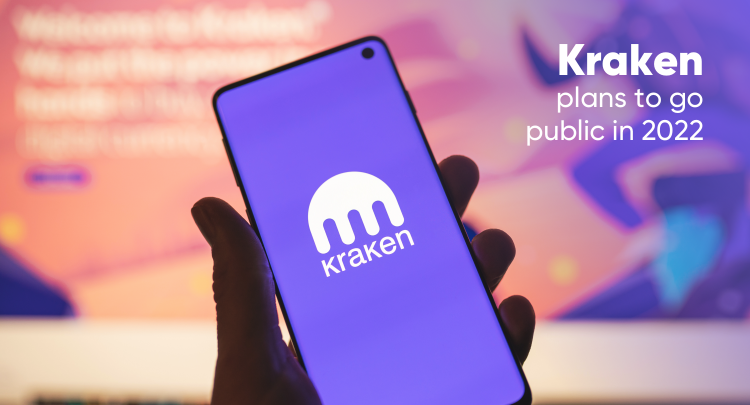 Kraken co-founder Jesse Powell was an early believer in Bitcoin and hoped to play a role in addressing the very important void in the brand new digital coin space. Within years of its creation, the digital currency universe lacked a fair, open, trustworthy, and accessible exchange where people can buy and sell bitcoin and other cryptocurrencies.

Powell founded Kraken to help ordinary people quickly and securely invest in Bitcoin and/or other coins. In fact, Kraken gained notoriety as an alternative option in the wake of Mt. Gox’s blow-up as a result of a hacking attack. He told Bloomberg in a 2014 interview that a crypto exchange is “really the most critical piece of the ecosystem”.

Over the years Kraken has evolved with the tremendous surge in demand from investors looking to gain exposure to the new asset class. As of 2020, Kraken was one of only two cryptocurrency exchanges to be legally chartered as banks in the US. 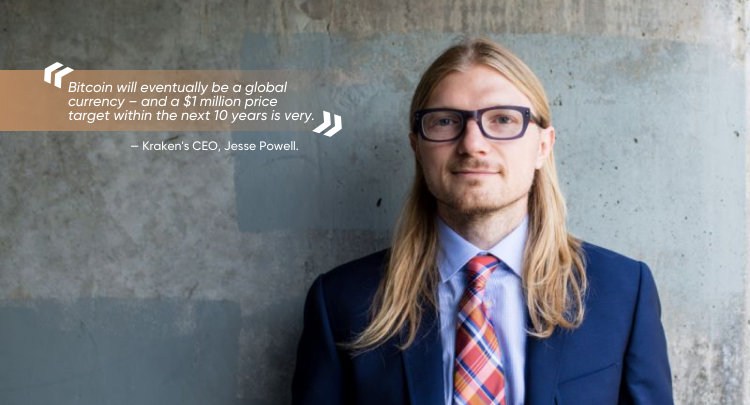 Kraken IPO: from $5 million series A to $20 billion IPO

Not too long after Kraken’s founding, the company attracted the interest of investors who recognised the value in buying Kraken shares at the company’s very early stages of growth.

Kraken’s first notable equity raise was in March 2014. Kraken raised $5 million as part of a Series A round from Europe’s Hummingbird Ventures along with Trace Meyer and SecondMarket’s founder Barry Silbert. Many years before Kraken goes public, the company needed the capital for “legal bills”, including legal compliance and ensuring the safety and credibility of its platform.

Kraken’s Series B financing round took place two years later and confirmed the company's long-term growth profile. Japan’s SBI Investment, a leading venture capital firm in Asia with a global presence, invested an undisclosed amount in Kraken. It is reasonable to assume that the amount raised was large enough for Kraken to invest in its growth organically and inorganically.

Kraken announced two major acquisitions in 2016 following the Series B raise. The first was the Dutch exchange CleverCoin and the second was Glidera, the world’s first non-custodial buying and selling service for wallets.

Kraken followed up with the acquisition of the charting and trading platform Cryptowatch in 2017.

Fast forward to early 2019 and Kraken’s valuation ballooned to $4 billion when it launched a direct share offering to its customers. The company raised $100 million at that time and another $13.5 million from more than 2,000 individual investors through BnkToTheFuture. 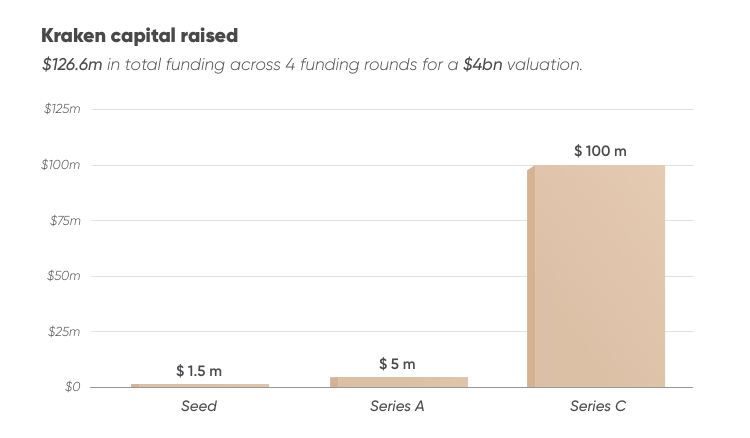 No SPAC deal on the table

The cryptoexchange Kraken was considering going public through a SPAC or IPO according to a report from Fox Business’ Charles Gasparino in 2021. Kraken confirmed with Cointelegraph in March this is not entirely accurate.

While fellow broker eToro confirmed plans to go public via a special acquisition purpose company (SPAC) in 2021, Kraken has no plans to follow suit. The company told the digital currency publication that a Kraken direct listing on an exchange is its preferred route. A SPAC deal at $10 billion “would be a low valuation” for the company.

Kraken’s statement noted that no decision has been finalised. Kraken might consider a direct listing in 2022. But at the very least, the public got some early confirmation of Kraken’s plans to go public.

In an interview with Fortune on 11 June 2021, Powell said that he’s taking a harder look at a traditional initial public offering (IPO) instead of direct offering (DPO). The reason is the uninspiring Coinbase direct listing on 14 April 2021 and the COIN stock performance since then.

"An IPO is looking a little more attractive in light of the direct listing's performance. I would say we're looking at it more seriously now having the benefit of seeing how the direct public offering played out for Coinbase."

Powell confirmed that Kraken hopes to make a public debut in the second half of 2022. Little is known about Kraken’s financial performance. Kraken is under no obligation to disclose its performance as a private company.

Moving closer to the Kraken IPO date, prospective investors will receive all the necessary financial information about the firm in order to make an informed decision.

Powell on why investors want exposure to cryptos

While the Kraken IPO is at least one year away, Powell was making the media rounds to talk about the Kraken business model and how it is well-positioned to address growing demand. Perhaps we can consider it a form of a pre-IPO roadshow to whet investors' appetite for its shares.

He said in a Bloomberg interview just before the start of 2021 that Bitcoin continues to see “tremendous momentum.” Many investors are concerned with the increasing rate of US Federal Reserve money printing activity.

“People just want to get out of dollars, they don’t trust national currencies,” Powell said. “The Federal Reserve is saying there is infinite money out there and people don’t just understand where the end of that is.”

Meanwhile, institutional investors with large amounts of cash on their balance sheet and even publicly traded corporations are building out or accumulating new positions in Bitcoin and other coins. Elsewhere around the world, Kraken can address the 25 per cent of the world’s population that don’t have access to a bank account

Kraken stands out among its peers as it holds multiple licenses to operate worldwide. The environment has improved over the years from its prior reputation of being the “wild, wild west” as regulatory bodies worldwide are becoming savvier.

“There is a huge amount of potential for the space and I think regulators see that from a public policy perspective,” he said.

Not just about Bitcoin

Powell further discussed in the Bloomberg interview that Bitcoin isn’t the lone winner in the digital currency universe. Ethereum, as an example, traded above $750 in late 2020 after bottoming at around $100 at the start of the year, and hit its all-time high of $4,362 on 12 May 2021.

The DeFi story is growing and “becoming a bigger piece” of the crypto ecosystem as middlemen are successfully removed from financial contracts and are in the process of a major protocol upgrade.

“I think the future is extremely bright for Ethereum as well as Bitcoin and I think it's another asset people should be looking into,” he said.

But it goes without saying that Bitcoin isn’t for the faint of heart and not the safest asset class for trading. The digital coin has seen large swings in short periods of time and the people with the best Bitcoin returns are those that bought many years ago and are holding on to their coins.