Shares in a UK pensions and life assurance giant were up on Monday as first-half profits held steady after a recent million-dollar investment from Saudi Arabia’s Kingdom Holding.

Phoenix Group (PHNX) shares rose by as much as 1.4%. Over the past six months the stock is up 2%.

Tracing its origins back to 1782, Phoenix Group is the UK’s largest savings and pension company with more than 13 million customers across the Phoenix Life and Standard Life brands. As at 30 June it had £270bn in assets.

Over the last three years the company has grown considerably with the acquisitions of Standard Life in 2018 and ReAssure from Swiss Re last summer.

What is your sentiment on PHNX?

Give PHNX a try 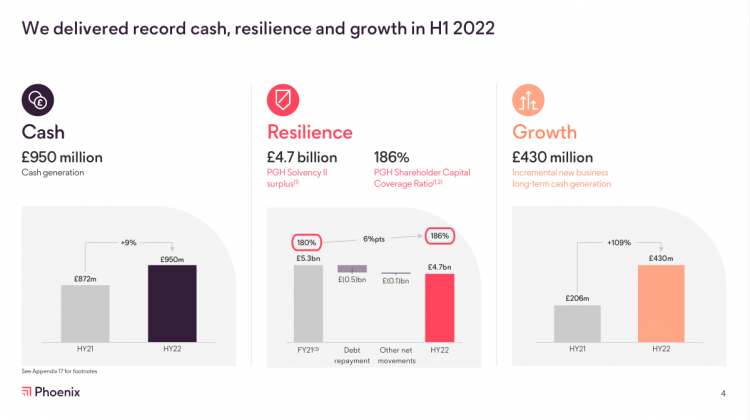 Phoenix Group reported steady operating profits for the first half of the year, as it said it had no material exposure to inflation.

“Phoenix has performed very strongly in the first half of the year despite the challenging macro environment,” Phoenix Group CEO Andy Briggs said in a statement.

Briggs joined the company in February and has over 30 years of experience in the UK’s insurance industry.

“We have once again delivered a record set of financial results, which was underpinned by the strong progress we have made across our strategic priorities.”

The company reported capital generation of £950m and said that it was “confident” of achieving a cash generation target at the top end of the £1.3-1.4bn range.

Phoenix increased its interim dividend to 24.8 pence per share and will assess if its business growth can fund a further sustainable dividend increase. 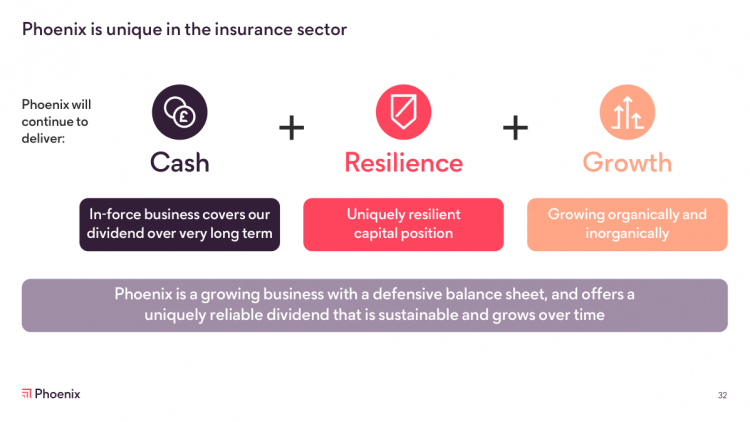 Looking ahead, Phoenix said ddespite an uncertain economic backdrop, it was confident about the outlook for growth.

“We remain focused on optimising every pound of shareholder capital through a rigorous capital allocation framework that ensures we only invest in growth opportunities that drive real value,” Phoenix’s Briggs added.

“With our shareholder capital coverage ratio currently at 186%, we have surplus capital available to invest into both organic and inorganic growth opportunities.”

The company recently announced its first all-cash acquisition of Sun Life of Canada UK, which holds £10bn in assets, for £248m.

The proposed deal is expected to deliver around £470m of incremental long-term cash generation with approximately 30% of this cash generation set to emerge in the first three years.

The Saudi investment vehicle has over $13bn in assets invested across 18 sectors including e-commerce, insurance and commodities.

Twitter shareholders: Does Elon Musk own the most TWTR stock?