Chart of the day:

Bitcoin declined for a second day, sliding below the key $60,000 (£43,619) support level on Wednesday, and prompting a sell-off across the whole market. The cryptocurrency market as a whole lost 6 % over the last 24 hours, with the majority of the top 10 cryptos in red according to CoinMarketCap.

The 11th biggest cryptocurrency, Shiba Inu, was an outlier among the big digital tokens, as it continued its record-breaking rally, adding 27.5% in the last 24 hours and 92.3% over the last seven days. A petition calling for the listed meme-coin to be added to the retail investment platform Robinhood added 30,000 signatures during the last day alone.

Robinhood itself Is faring less well. The trading platform suffered a 10% decline in its share price after the company's results for the second and third quarters revealed that revenue from cryptocurrency transactions had plunged by 78% over the last three months.

Chart of the day: 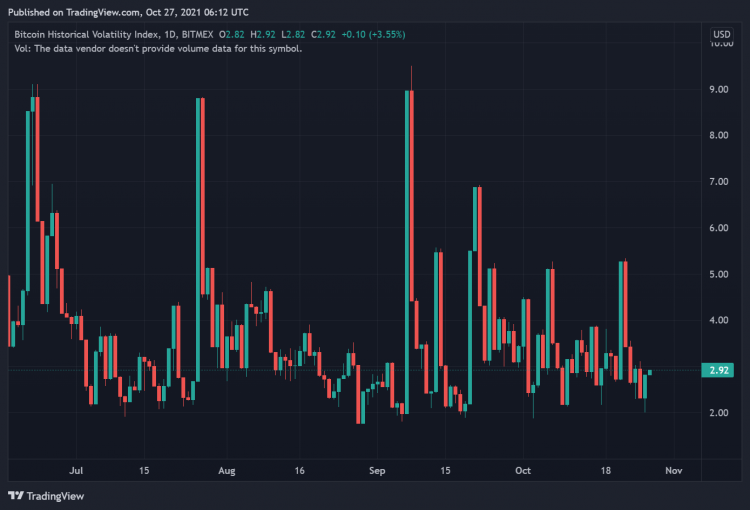 “The Ripple case seems to be going better than expected. Meanwhile, the SEC is realizing that attacking crypto is politically unpopular (because it harms consumers).” - CEO of Nasdaq-listed cryptocurrency exchange Coinbase, Brian Armstrong, commenting on the SEC vs. Ripple case on Twitter

Quick round-up of the biggest coins by market capitalisation