Los Angeles-based NFT platform operator Wincast will begin offering a service that will enable sports fans to buy NFTs while watching key moments in games and other events.

Wincast received $675,000 (£514,000) in a pre-seed funding round deal with New York-based crypto venture capital company CoinFund that closed Wednesday to finance the deal, and fans who sign up for Wincast’s free livestreaming service will be able to bid on NFTs to be minted at key moments in games and other events beginning in July.

Wincast founder and CEO Noah Kline told Capital.com that, for example, fans could capture through NFTs what would happen next when a batter in a baseball game faces a 3-2 count with two out, the bases loaded, as his team trails in the bottom of the ninth inning. The drama can be digitised.

“We wanted to tap into that moment where people are kind of clutching their chest, clutching their phone, grabbing their friends,” Kline said. “They have no idea what’s (happening) next. We wanted to provide that sort of experience to the collectibles market.”

Fans will not need to understand the intricacies of crypto exchanges and other complicated aspects related to cryptocurrency. Once a fan buys “the moment,” it will be chopped from the live video and sent directly to the purchaser’s digital wallet.

Fans can also double as traders, having the option later to buy, sell, and trade NFTs on a secondary market through a Wincast service.

“Ultimately, this is going to act as any other e-commerce experience,” Kline said.

The first NFTs will be minted from boxing matches aired on Vancouver-based Empire Boxing’s pay-pay-view telecasts. Wincast purchased broadcasting rights from Empire and will share NFT revenues with the company and its boxers, according to Kline.

Kline said the company has arranged to produce NFTs from other sporting events, but Wincast is not announcing the plans yet. Livestream license rights can be tricky and expensive in some cases, as the National Football League (NFL) and Ultimate Fighting Championship (UFC) are trying to do, but many other leagues are looking to tap into NFTs and not charging high fees, he added.

“I think there's a lot of pieces of engagement from brands to fans and vice-versa that a lot of people haven't figured out yet (regarding Web 3),” Kline said. “So we are attacking this avenue because we think that this is going to be amazing for live programming.” 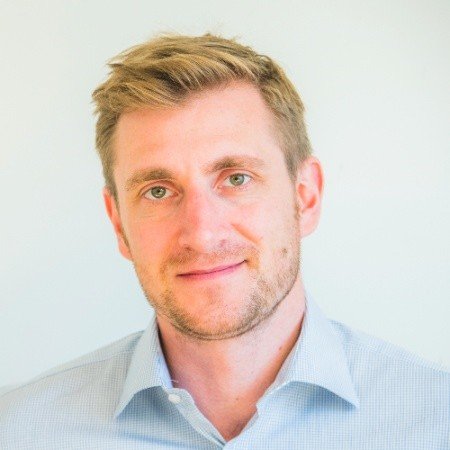 “The go-to-market here is really about collecting, about owning those scarce moments, and about using them interactively in different experiences as we look forward,” he told Capital.com. “So I think (Wincast’s service) is a win-win for a lot of leagues and a lot of broadcasting rights that are looking to push beyond just physical collectibles (sold) in stadiums and in merchandise stores from fans in real life.

“Obviously, we’ve seen Covid accelerate the move and the push to digital and (as Kline) mentioned, new.”

Founded in 2015, CoinFund has invested about $1bn in 100 active companies in its portfolio. CoinFund is among the backers of Vancouver, British Columbia-based Dapper Labs, the company that operates the popular NBA Top Shot platform that allows users to buy, sell, and trade their favourite NBA highlights as NFTs.

According to reports, one NFT featuring Los Angeles Lakers star LeBron James has sold for more than $200,000 – on more than one occasion – on NBA Top Shot.

“The collectibles market is (worth) $400bn, sports memorabilia is $35bn, and we think that NFTs fundamentally changed (intellectual property) back to ownership (from renting or borrowing),” Felix said. “Now, we really think there’s a big cross-section of engagement with fans and people who want to own moments, and we think that the technology that Wincast is building can be a big benefit to live broadcasting.”

As in the case with Dapper Labs’s deals with the NBA and NFL, Wincast’s agreements will offer an opportunity for incremental revenue, he added.

In the future, Kline said, the Wincast platform could also provide a way to bring different segmented markets, such as collectibles, ticketing, broadcasting, and fan engagement into one ecosystem. Using data injected into NFTs, known as oracle services, fans could also compete against each other in tournaments within live games, Felix added.

“So I think there’s infinite design space here,” Felix said.  “(NFTs have) really moved the sports memorabilia world out of what’s sitting on my wall here that very few people are seeing to what sits in my visual wallet.”

Traders can also access someone online to determine an NFT’s value and bypass the middle man rather than having to go to a dealer with sports trading cards.

“You create a network effect of people who can communicate on top of crypto rails,” Felix said.

Marc Falzon, an economic documentarian who focuses on cryptocurrencies, told Capital.com that he believes the popularity surrounding sports-related NFTs and other NFTs amounts to a bubble that will burst. Falzon was commenting in response to a Capital.com story on two-century-old Sotheby’s auction house marketing NFTs associated with English Premier League football (soccer) club Liverpool FC.

But Kline and Felix dismissed Falzon’s claim. Kline said NFTs are just the digital translations of sports trading cards that have been around for 100 years. NFTs also create a broader community attachment.

Felix said the $25bn of NFT sales in 2021, anticipated annualised volume of $65bn to $73bn in 2022, new business opportunities that NFTs are creating for sports organisations, and technological innovations cannot be overlooked.

Kline said the strong sports NFT demand looks like a fad because of the amount of wealth that has been generated quickly. But the functionality of NFTs simply cannot be ignored.