Why has bitcoin been going up? Analyst’s view

Bitcoin (BTC) broke $60,000 on 15 October 2021, boosted by the launch of the first bitcoin exchange-traded fund. The cryptocurrency has been holding above this benchmark, making investors wonder: will BTC break through its all-time high of $64,863 again, or is a correction due?

BTC’s momentum has been one of the factors that contributed to overall crypto market growth – the market is approaching its $2.5trn record set in May 2021.

However, the cryptocurrency market is no longer dominated by bitcoin alone. According to data by CoinMarketCap from 18 October, BTC accounts for 46.81% of total market share, followed by ethereum (ETH) at 18.32% and Binance Coin (BNB) with 3.19%.

Note that the issuer of BNB Binance Markets Limited is not currently permitted to undertake any regulated activities without the prior written consent of the FCA. 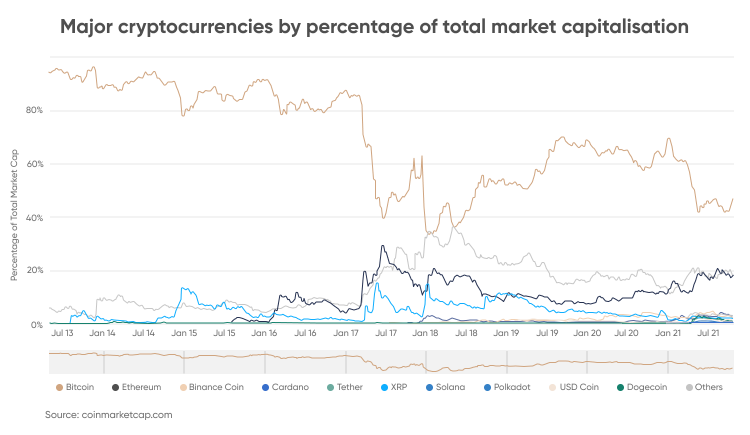 Looking at the bitcoin technical analysis chart, we see that BTC experienced a golden cross on 14 September 2021, which usually serves as a bullish signal – it’s when a shorter-term 50-day moving average crosses above a longer-term 200-day moving average.

Meanwhile, the relative strength indicator (RSI) gave a warning signal for the future price of bitcoin. The token crossed the RSI of 70, which usually indicates that an asset is overvalued. It could be that a pullback or trend reversal may take place. 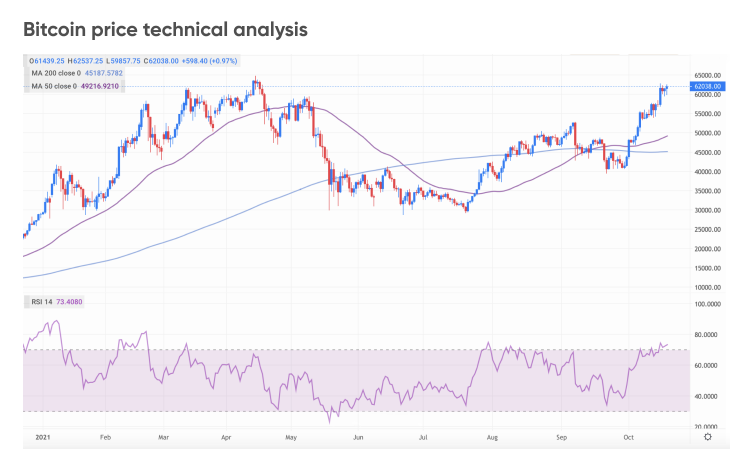 Commenting on the short-term bitcoin price forecast, Capital.com’s Chief Market Strategist, David Jones, said: “The recent strength in Bitcoin has continued with it trading at its best levels since May this year. Since it broke out of its sideways range in late July, investors and traders seem to have resumed their approach of buying the dips”.

"A breakthrough $60,000 highs set in early May would open up the all-time high just below $65,000. For now, momentum remains positive and it is only if it drops back below $50,000 would it suggest that perhaps the current positive trend is running out of pace."

Why has bitcoin been going up? Analyst’s view

“There are no objective reasons for bitcoin to fall today,” said Mikhail Karkhalev, an analyst at Capital.com. “Even if you want to find those reasons, you probably won't succeed. The negative events in China have long been played back by the market and there are no other negative factors to mention”.

The first bitcoin ETF from ProShares is set to be listed on the NYSE and could be available for trading as early as today (19 October). According to the updated prospectus with the Securities and Exchange Commission (SEC), the ETF will trade under the ticker BITO.

The bitcoin ETF arrives after a decade-long campaign by the exchange-traded funds industry. Tyler and Cameron Winklevoss, who hold around 70,000 bitcoins, according to Forbes, submitted the first application for a bitcoin ETF back in 2013.

Another point to consider when analysing bitcoin expected growth is the US inflation rate, which “rose again in September to 5.4% year-on-year, up from 5.3% a month earlier”, said the analyst. "With the Fed's claims that inflation is temporary and under control, the rise suggests that investors might want to keep capital in risky assets, which include stocks, indices, commodities and, of course, cryptocurrencies. With the Fed's statements and the actual data contradicting each other, people are losing faith in what officials say. Consequently, they want to save their money from depreciation”.

“The level of open interest and trading volume in bitcoin on exchanges continues to break historical records, suggesting that a fairly impulsive rise could be on the horizon,” Karkhalev added.

“Crypto whales’ [individuals or entities that hold large amounts of bitcoin] wallet balances continue to increase, causing a bitcoin shortage in the market, which, albeit with a slight delay, also leads to increased demand and appreciation. The deficit is also fueled by the continued withdrawal of bitcoins from exchanges, which is also partly a bullish signal,” Karkhalev said.

“Although there are some doubts about the ETF approval, that the rejection to launch an officially regulated product could plummet the value of bitcoin as it happened in 2017, and that crypto whales could start locking in profits and dumping BTC, there is no confirmation of these theories yet.”

Will bitcoin continue to rise? Considering the possible bitcoin price target by the end of 2021, Karkhalev said:

When looking for bitcoin price predictions, bear in mind that analysts’ forecasts can be wrong. Analyst projections are based on making a fundamental and technical study of the cryptocurrency’s performance. Past performance never guarantees future results. It’s vital that you conduct your own research before investing in any asset.

Always remember that these bitcoin forecasts are generated with the help of deep-learning technologies and technical analysis data. You should not base your own investment decisions on them.

Crypto markets are inherently volatile in nature and can depend on bitcoin price latest news, such as the launch of the first bitcoin ETF.

Do your own research. Always remember that your decision on whether to trade depends on your attitude to risk, your expertise in this market, the spread of your investment portfolio and how comfortable you feel about losing money. And never invest more than you can afford to lose. 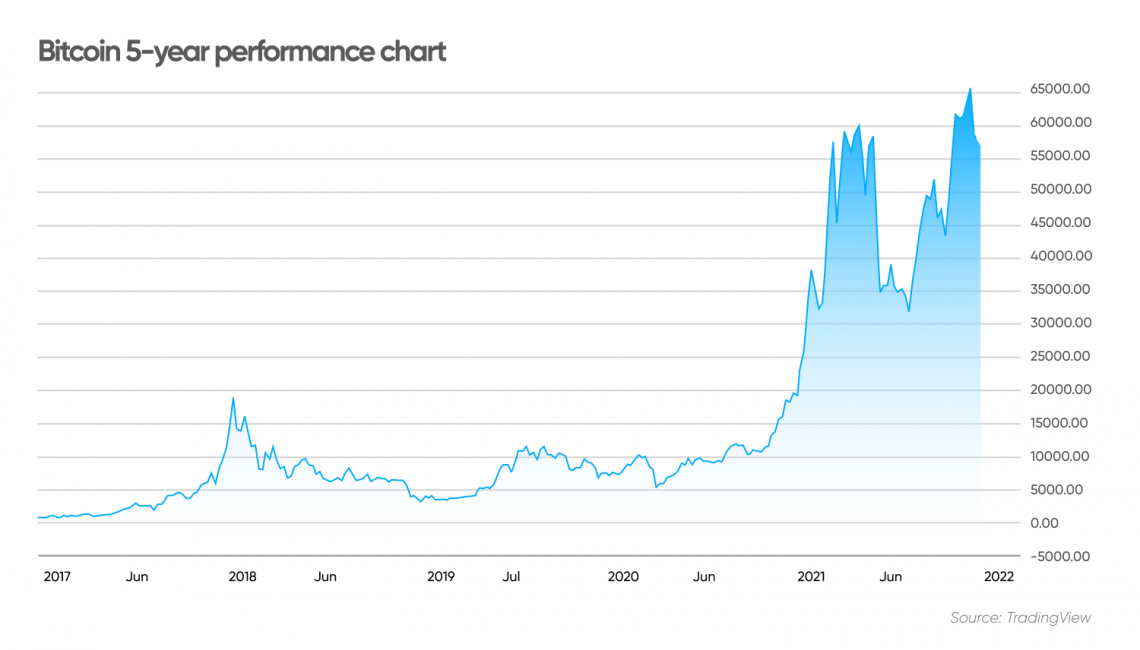