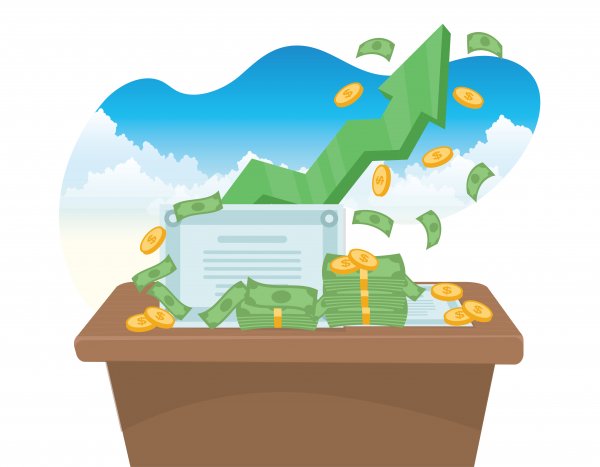 The Martingale system is a betting strategy that involves increasing the size of a bet continually after losses. The system became popular in France in the 18th century and is based on the premise that only one win is needed to recoup all losses and score a profit on the original stake.

In this article, we will learn what the Martingale system means to understand whether it’s a viable strategy of a behavioural bias.

What is the Martingale system?

The Martingale system is a simple yet highly risky trading strategy that was designed based on a game in which the speculator has a 50% chance of winning and a 50% chance of losing. The main idea behind this strategy is that you cannot statistically lose every time and you should double down on a bet in anticipation of future wins.

The Martingale system is often compared to gambling in a casino with the hopes of breaking even after bouts of losses. A gambler who has an unlimited supply of money can keep increasing this bet when they lose in the belief that they will win at least once in the future. However, a few successive losses under the Martingale system can lead to loss of one’s entire stake. 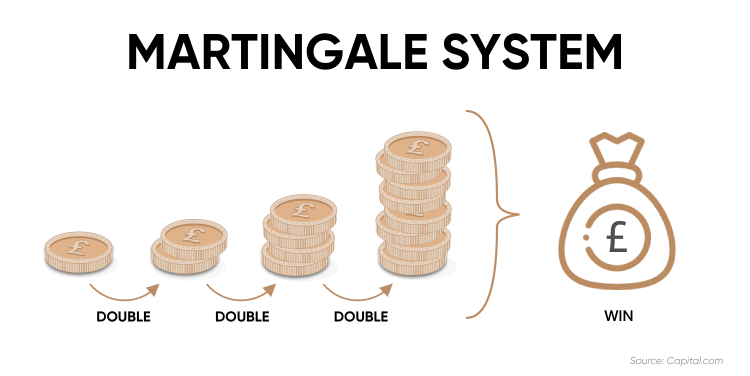 How does the martingale system work? To understand the Martingale strategy, let’s take a game of flipping a coin as an example, where the wager begins at $10 on calling heads or tails each time a coin is flipped.

As long as a gambler sticks to the same call of either heads or tails, they will eventually win since the occurrence of heads and tails have an equal probability of 50% each. If the gambler doubles down on their bet each time they lose, assuming they have a limitless pool of money, they will eventually recoup their losses.

How does Martingale strategy work in trading?

This strategy faces practical problems in stock trading as there are many costs involved with every trade including brokerage fees. Moreover, a trader may not get shares at the best offer rate in the stock market and will have to increase their bid to make a new bet. This will impact the net profit/loss as lot sizes keep increasing. Moreover, a large supply of money is required to execute this strategy in trading, which may not be available to everyone.

It is important to note that the Martingale system is a highly risky trading strategy and could turn into a Martingale system ‘roulette’. Speculators can lose their entire holdings while utilising this strategy.

Implementing this system, a trader takes more and more risks anticipating a trend reversal. Note that the market’s performance is far more complicated. You should always conduct a thorough fundamental and technical analysis of the asset you want to trade before making any trading decision.

Bias in trading is a psychological phenomenon, in which an investor makes a decision based...