Learn to trade The basics of trading Glossary What is the consensus mechanism?
Share Article

What is the consensus mechanism? 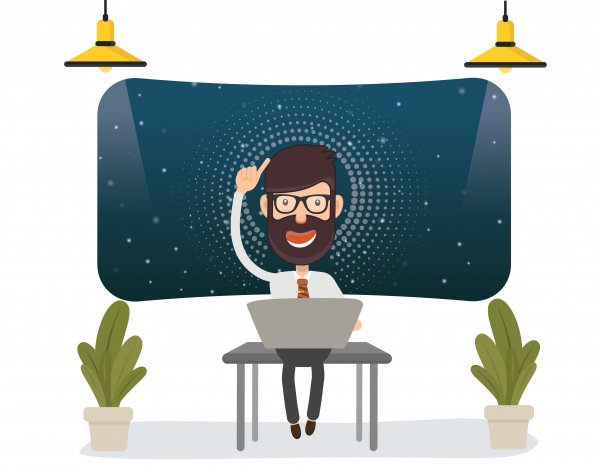 A consensus mechanism is a technology used in distributed ledger systems like blockchain to arrive at a single, consistent and honest state of ledger across all the network participants.

Proof-of-work (PoW) and proof-of-stake (PoS) are the two most popular consensus mechanisms used in cryptocurrency networks like Bitcoin and Ethereum.

These mechanisms have been developed to reach consensus among nodes – a computer, or group of computers working together, that supports a crypto network through the verification of transactions – servers and other blockchain infrastructure.

What does consensus mechanism mean? “Reaching consensus means that at least 51% of the nodes on the network agree on the next global state of the network,” explained Ethereum.

How does the consensus mechanism work?

Blockchain networks like Bitcoin are distributed ledgers (distributed databases) that record, communicate and transact information in a decentralised manner. These blockchain networks are built on top of a network of nodes that can create, receive, send and preserve data.

Unlike a centralised ledger system where an authority is responsible for reading, writing and auditing information, decentralised systems depend on consensus mechanisms.

The network of nodes in a blockchain must be synchronised with one another and must be in agreement or in consensus on the state of the network. In other words, nodes have to agree on which transactions are legitimate and should be included in the blockchain ledger.

Consensus mechanisms are thus core to decentralisation of a network and are used to prevent fraudulent transactions such as double spending or reversing of legitimate transactions.

Today, there are numerous blockchain networks that use different types of consensus mechanisms based on their unique needs.

According to Ethereum co-founder Vitalik Buterin, most blockchains face the “Scalability Trilemma”, where a network can achieve only two of the three attributes among scalability, decentralisation and security.

The most popular consensus mechanism examples are:

PoW is used by the top two cryptocurrency networks, Bitcoin and Ethereum, among others. PoW gets its name from making nodes solve complex mathematical puzzles to produce new blocks in a process called mining. Nodes that are able to solve these puzzles are allowed to create the next block and are rewarded in newly-minted bitcoins.

PoW is known to be a highly secure form of consensus mechanism but is criticised for its slow network traffic, low scalability and high energy consumption.

PoS is another popular consensus mechanism. It should be noted that Ethereum is currently working towards transitioning to a PoS model as part of the Ethereum 2.0 upgrade.

In PoS models, validators stake their cryptocurrencies which act as collateral that can be taken away if the validator behaves dishonestly or does not perform the required functions.

The PoS consensus mechanism is known to expend less energy, has lower barriers to entry and is more suitable for large scale payments compared to PoW. However, PoS incentivises the hoarding of cryptocurrencies instead of spending. It is also criticised for being prone to centralisation.

Although the most well-known consensus mechanisms are proof-of-work (POW) and proof-of stake (POS), there is an extensive list of other types of consensus protocols: 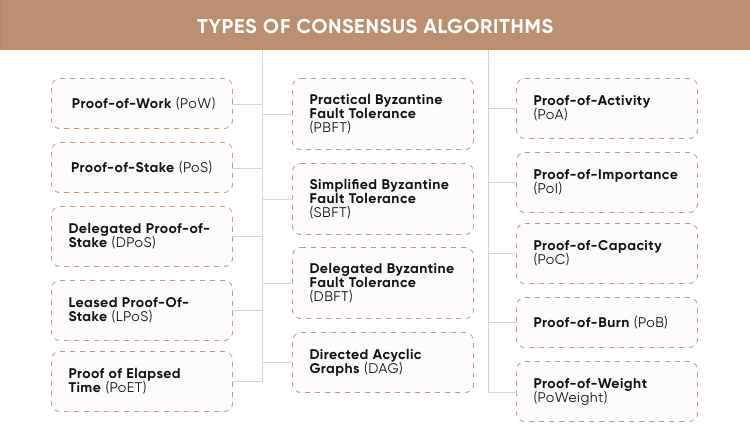 Other forms of consensus mechanism include proof-of-activity, which combines PoW and PoS principles and allows mining as well as staking to validate blocks. Proof-of-authority uses a reputation-based model for validating transactions where validators of the network are selected and approved by other parties.

Proof-of-burn requires miners to burn or destroy their tokens by sending their tokens to an inaccessible wallet address to get the chance to verify transactions. Proof-of-capacity determines a miner’s rights according to their available hard drive space.

Not to be confused with the Tom Cruise film of the same name, collateral is property or...

Staking is a response to the growing energy demand from Proof-of-Work (PoW) protocols used...

Proof-of-stake (PoS) is a consensus mechanism used by blockchain networks. The most common...
Trade Now

Capital.com What Is Consensus Mechanism? | Definition and Meaning