Who are the key people at SES?

Karim Michel Sabbagh, a Canadian and Lebanese national, served as President and CEO of SES S.A. until April 2018, when he was succeeded by Steve Collar, who was previously CEO of SES Networks. In the same management reshuffle, Andrew Browne replaced Padraig McCarthy as Chief Financial Officer. The other members of the SES Executive Committee remained in place – including Chief Technology Officer Martin Halliwell and Chief Strategy and Development Officer Christophe De Hauwer.

What is the modern history of SES?

The company has been in existence since 1985, when it was founded as Société Européenne des Satellites (SES). In 2001 it renamed itself SES Global, but five years later the company went back to calling itself just SES. The Luxembourg government, which was instrumental in setting up SES, is still a major shareholder.

SES launched its first satellite, Astra 1A, in 1988. Two years later it was already broadcasting to 14 million TV viewers. In the early 1990s, SES became the world’s biggest satellite platform for TV distribution.

What are the latest developments at SES?

In June 2017 SES helped launch a project by the Satellite and Terrestrial Network for 5G (SaT5G) consortium for the integration of satellite into future 5G networks. The aim was to improve the efficiency and resilience of 5G services, and to open new markets in media distribution, transport and other areas. SES has also been developing Ultra High Definition TV (UHD)and working on global technical standards for UHD broadcast and reception.

In March 2018, SES launched a bond offering in which it agreed to sell senior unsecured fixed rate notes due in 2026 for a total of €500 million. The proceeds were used for general corporate purposes, including the refinancing of existing debt.

In recent years SES shares have fallen steadily from a high of €34.70 in April 2015 to just €11.52 towards the end of March 2018. For the latest SES share price, follow Capital.com. Our SESG chart tracks the recent ups and downs of the stock.

Where does SES operate?

SES S.A. is based in Betzdorf, Luxembourg. The company also has offices in Munich, The Hague, London, Paris, Madrid, Stockholm and Moscow among other locations.

Where is SES traded?

The company’s listed security is the Fiduciary Depositary Receipt (FDR), listed on the Luxembourg and Euronext Paris Stock Exchanges. The SES FDR is included in the CAC Next 20 and Euronext 100 market indices. Check out Capital.com for the latest SESG chart. We’ll keep you up to date and in the picture.

As the Fed meeting approaches, markets assess the latest data to determine how the central bank may react

Swiss franc rallies ahead of SNB meeting: What’s next for USD/CHF?

The SNB looks likely to go for a 50bp rise next week in an effort to stabilise inflation. How could CHF respond?

Oil fell on the G7 price ceiling on Russia, but metal commodities rose on Chinese reopening prospects. Dollars awaits next week's US CPI and FOMC. 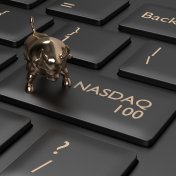 Nasdaq 100 forecast: The US100 rebounds ahead of fed meeting in December 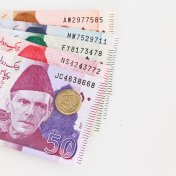 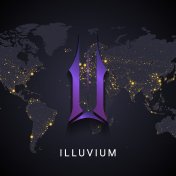 Illuvium price prediction: What is ILV?