What is Polygon crypto?

What are layer-2 solutions?

The coin for the framework, which aims to enhance interoperability between the Ethereum blockchain and compatible networks, had a turbulent December but late on found a stronger upward momentum putting on a 30% growth spurt. The new year started badly and although the slide was stemmed by a brief recovery this week, the price resumed its downwards pitch.

The news that Uniswap, the protocol for exchanging cryptocurrencies, had gone live on Polygon may have helped. "All Uniswap V3 contracts are now deployed to the Polygon PoS mainnet, and Polygon is already supported in the official Uniswap interface," said the statement.

In a tweet it added there were three key reasons why the organisation regarded it as a landmark: a major acknowledgment for Polygon, a return to the original promise of Ethereum, and a stronger Polygon DeFi ecosystem.

Today's trading price of $2.23 gives MATIC a market capitalisation of $16.3bn, making it the 14th largest cryptocurrency, according to CoinMarketCap.

Follow our detailed Polygon price prediction and explore the latest Polygon (MATIC) news to help you decide whether it deserves a place in your investment portfolio.

Will the MATIC token manage to break through the latest pressure and restart a bullish momentum in 2022?

Considering the short to mid-term Matic to USD forecast for this year, traders should look out for several support and resistance levels.

The recent price surges might have been triggered by recent Polygon (MATIC) news.

“Scalability is a major problem with most of the top cryptocurrencies, especially bitcoin (BTC) and ethereum (ETH). Most likely, the first founders of digital currencies had no idea that their creations would become so popular that they could barely handle the load on the network. That is why any working solutions that reduce the load on the network, and at the same time increase the speed of transactions and reduce their cost, are highly appreciated and welcomed by the community,” said Mikhail Karkhalev, Capital.com’s analyst.

“Polygon (formerly Matic Network) is designed to solve this issue, which is why it is so popular. As long as the scalability problem exists, the Polygon project will be very relevant and in demand. The only tangible risk to the project is Ethereum 2.0, which should solve the scalability problem and, in a sense, render Polygon irrelevant.

“However, the transition to Ethereum 2.0 is quite a long process and will not solve all the problems at once. In addition, the founders of Polygon have set themselves the very ambitious goal of making the project literally the internet of blockchains, allowing them to interact with each other. Similar projects already exist, like cosmos (ATOM) or polkadot (DOT), but so far such solutions have no real use and are far from perfect.”

Karkhalev believes that investing in a relatively young cryptocurrency project should be considered with caution.

“When investing in a startup, it's important to remember that ambitious plans don't mean the project will actually accomplish its goals and become a leader in its field. Polygon is a promising project, but it is important for investors to keep an eye on how the team achieves its goals,” he says.

Several algorithm-based forecasting services share MATIC crypto price forecasts for this year and beyond as of 14 January.

When looking for MATIC price predictions, it’s important to bear in mind that analysts’ forecasts can be wrong. Analysts’ projections are based on making a fundamental and technical study of a crypto’s performance. Past performance is no guarantee of future results.


It’s important to do your own research, and always remember that your decision to trade depends on your attitude to risk, your expertise in the market, the spread of your investment portfolio and how comfortable you feel about losing money. You should never invest money that you cannot afford to lose.

What is Polygon crypto?

Formerly referred to as Matic Network (it was rebranded in February 2021), Polygon is a layer-2 network developed to add additional scalability to Ethereum and improve interoperability between its blockchains.

Polygon describes itself as “Ethereum’s internet of blockchains” – an easy-to-use platform for Ethereum scaling and infrastructure development. 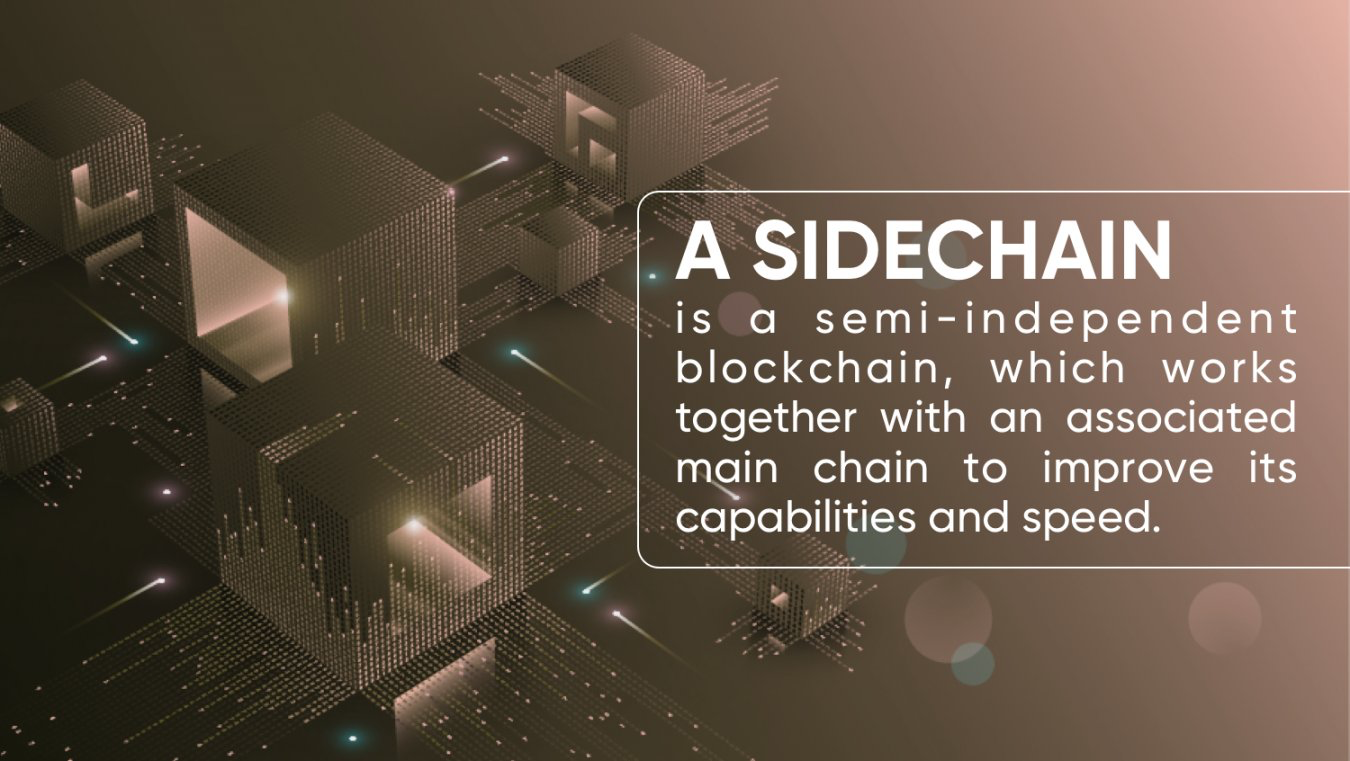 The platform’s core element is Polygon SDK, a flexible modular framework that contributes to the creation of numerous types of applications. With the use of Plasma side chains (designed to facilitate off-chain transactions, making them fast and cost-effective for blockchains), Matic Network built an environment that enabled cheaper, easier and the faster launch of decentralised applications (dApps). The Matic solution was backed by high gas fees on Ethereum and increased demand in the development of dApps.

What are layer-2 solutions?

When we talk about blockchain scaling solutions, they are usually split into two levels: layer-1 and layer-2 solutions. Layer-1 refers to scaling functions within the blockchain itself by means of novel consensus algorithms and increasing block limits. Layer-2 scaling solutions refer to off-chain solutions. They remove elements of computational power from the main blockchain, before being executed on side-chains. This helps to increase throughput on the main chain.

Layer-2 solutions, including Polygon, have been gaining popularity and are considered critical to the mass adoption of cryptocurrencies.

Polygon architecture consists of four distinguished layers, each responsible for a range of functions and services used for several purposes.

The security layer runs alongside Ethereum. It delivers a “validators-as-a-service” role, providing chains with an additional layer of security.

The networks layer serves as a blockchain networks ecosystem developed on Polygon. Each has its own community and handles producing blocks and local consensus.

Polygon chains can communicate both with the main chain of Ethereum and with one another due to Polygon’s arbitrary message passing functionality. It helps to spur a bunch of new use cases, including interoperable dApps and exchange of value between various platforms.

Polygon aims to improve blockchain scaling and interoperability. There are several major features that have contributed to the platform’s popularity and positive analysts’ outlook.

MATIC tokens are used for various purposes in the Polygon ecosystem, including paying gas fees and contributing to security through staking.

Speculating on the MATIC coin forecast, it’s worth mentioning that the race for the first and foremost interoperability solution is underway. Polygon’s rivals, Polkadot and Cosmos’ Stargate, are also moving to launch their solutions.

There are different price targets regarding MATIC’s future performance. The cryptomarket is very volatile. The price of MATIC tokens could change suddenly. You should consider all a cryptocurrency’s fundamentals and technical analysis before making your own investment decision.

We do not know. If it can be reached, the MATIC price target of $10 will not happen overnight. The project will have to prove it’s long-term value to increase the adoption rate and make more investors believe that it has a future. It also faces the launch of Ethereum 2 in the mid term which could negate some of MATIC's current advantages.

Both fundamental and technical analyses show a potential for the MATIC token to move upwards. MATIC, just like any other cryptocurrency, is a highly volatile instrument and requires careful consideration before opening a trade.

Rate this article
Rate this article:
72% 28%
Ready to get started?
Capital.com Download
The difference between trading assets and CFDs
The main difference between CFD trading and trading assets, such as commodities and stocks, is that you don’t own the underlying asset when you trade on a CFD.
You can still benefit if the market moves in your favour, or make a loss if it moves against you. However, with traditional trading you enter a contract to exchange the legal ownership of the individual shares or the commodities for money, and you own this until you sell it again.
CFDs are leveraged products, which means that you only need to deposit a percentage of the full value of the CFD trade in order to open a position. But with traditional trading, you buy the assets for the full amount. In the UK, there is no stamp duty on CFD trading, but there is when you buy stocks, for example.
CFDs attract overnight costs to hold the trades (unless you use 1-1 leverage), which makes them more suited to short-term trading opportunities. Stocks and commodities are more normally bought and held for longer. You might also pay a broker commission or fees when buying and selling assets direct and you’d need somewhere to store them safely.
Capital Com is an execution-only service provider. The material provided on this website is for information purposes only and should not be understood as an investment advice. Any opinion that may be provided on this page does not constitute a recommendation by Capital Com or its agents. We do not make any representations or warranty on the accuracy or completeness of the information that is provided on this page. If you rely on the information on this page then you do so entirely on your own risk.
Share Article
Polygon (MATIC) technical analysis Polygon (MATIC) major price drivers MATIC price prediction: analyst sentiment MATIC coin price prediction: 2022, 2023, 2025, 2030 What is Polygon crypto? What are layer-2 solutions? Polygon architecture What makes Polygon special? FAQ