Oracle Corporation is an American technology company that delivers a range of high-end cloud apps, platform solutions and engineered systems. Its main area of specialism lies in developing database software and technology, enterprise software products and cloud engineered systems. For example, Oracle’s complete cloud application suite enables businesses of all sizes to connect their companywide operations anytime, anywhere and from any device.

Oracle says that its systems and applications are “eliminating the complexity that stifles business innovation, engineering in speed, reliability, security and manageability”. Some 430,000 customers in 175 countries now use Oracle technologies. Every single one of the top 10 aerospace and defence companies, all of the top 20 airlines and the top 20 banks are Oracle customers. Oracle has a sound reputation – it achieved 17th place in the Interbrand Best Global Brands 2017 Rankings.

Who are the key people at Oracle?

Mark Hurd and Safra A. Catz share the role of Chief Executive Officer of Oracle Corporation, with Hurd managing corporate direction and strategy. Catz was the highest paid female CEO of any US company as of April 2017.

Co-founder Larry Ellison continues to be a key figure at Oracle, serving as Chairman and Chief Technology Officer. In January 2018, he was listed by Forbes magazine as the 5th wealthiest person in the United States and as the 8th wealthiest in the world, with a fortune of $62.4 billion.

What is the modern history of Oracle?

In 2010 Oracle snapped up Sun Microsystems. The acquisition marked a new era for Oracle as the company started to produce hardware. A list of further big mergers and strategic acquisitions includes Compendium, Datalogix, BigMachines, LogFire, Apiary and others.

What are the latest developments at Oracle?

The company continues to go from strength to strength. In its full year 2017 results, Oracle posted total revenues of $37.7 billion. Operating income was $12.7 billion, operating margin was 34 per cent, and Earnings Per Share $2.21. Hailing the “very strong” results, CEO Safra Catz said: “We expect earnings per share growth to accelerate in fiscal 2018.”

Oracle Corporation has been investing heavily in research and development: some $6.2 billion in 2017. It is now developing capabilities in artificial intelligence, machine learning, augmented reality, Blockchain, Internet of Things, and human interface technologies.

The Oracle share price has been on a general upward trajectory since 2002, when it stood at around $10. By late 2009 it had passed $20, in 2015 it went over the $40 mark, and at the end of February 2018 the shares were trading at just above $50. This gave the company a market capitalisation of around $210 billion. Our ORCL chart tracks Oracle’s recent share price movements.

Where does Oracle operate?

Oracle Corporation is headquartered in Redwood Shores, California. The company operates across 145 countries and has over 138,000 employees, including 40,000 developers and engineers, 16,000 support and services specialists, and 19,000 implementation consultants.

Where is Oracle traded?

Oracle Corporation is listed on the NASDAQ stock exchange. Check out Capital.com for the latest ORCL chart. 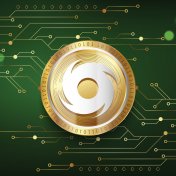 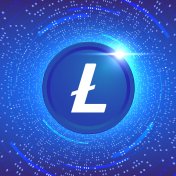 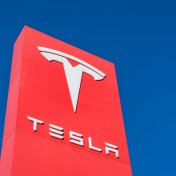