Can we inflate away government debt?

Government debt is big news right now. Lawmakers are grappling with the US debt ceiling and have just weeks to agree to increase the total amount of money that the US government is authorised to borrow. If they fail to do so, a financial crisis could emerge, with the government unable to finance obligations, including Social Security, Medicare and interest on national debt.

In the UK, national debt stands at 98.8% of GDP, and the government has just announced a manifesto-breaking tax increase to support funding for social services. Meanwhile, Italian government debt is sitting at 160% of GDP. The EU is considering whether to permanently change the budget rules that target a national debt limit of 60% of GDP.

Since the pandemic struck, OECD estimates suggest that governments have borrowed $18trn, with many countries reaching record debt to GDP ratios. But what do these figures mean in practice? Does rising national debt matter? And how can governments begin to make a dent in their deficits? 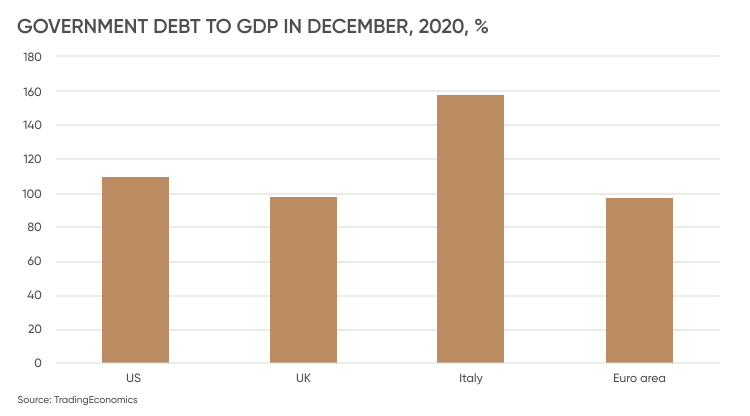 The danger of deficits

When the debt-to-GDP ratio reaches high levels, investors begin to question the government’s ability to pay back the debt and start demanding higher interest rates. One of the most dangerous effects of public debt is a debt crisis such as the Greek government debt crisis that followed the financial crash of 2007-2008, when a third-party bail out was needed to meet obligations.

In some cases, governments are even forced to default on their debts. This was witnessed in Argentina in May 2020, when the government failed to pay $500m to creditors - at the time, its ninth default. 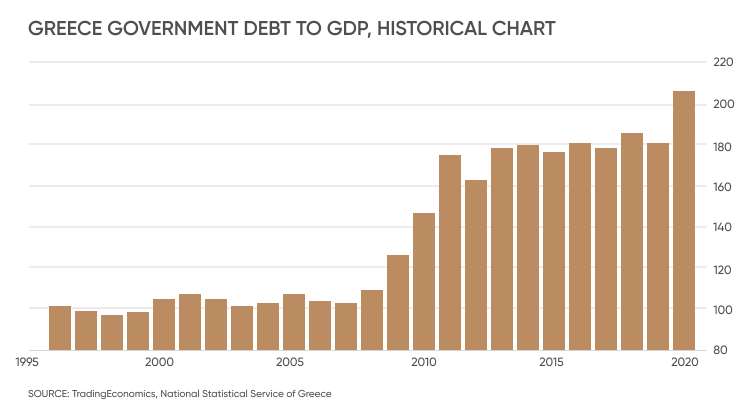 Driving down the debt

A high level of government debt is a significant problem and a political hot potato. So how can governments solve their debt problems? One option is to foster higher economic growth. As economies grow, debt-to-GDP ratios are driven down, reducing the risk of a debt crisis or default.

Thanks to the effects of compounding, even modest economic growth can make a difference. If inflation and growth are both 1.5%, nominal GDP would be a third higher after only a decade.

Another option is austerity, which means trimming government spending or increasing taxation to curb deficits. This is politically unpopular at the best of times, and may prove infeasible in the post-pandemic landscape, with high pressures on healthcare and popular demands to increase the pay of key public sector workers. Raising taxes is another approach. The UK government has just introduced an increase in National Insurance contributions, though this has been met in many quarters with howls of outrage.

Can we inflate away the public debt?

One other option does remain. At first glance, it looks relatively painless: inflating your way out of debt. High rates of inflation reduce the real value of debt, allowing governments to, in effect, pay off debts using money that is worth less than when they originally borrowed it.

This has been employed successfully in the past, notably after WWII, when the UK Government saw its post-war debt reduced significantly - it took very sustained high inflation to get there. The 1940s and 1950s saw average inflation rates of around 4.5%. 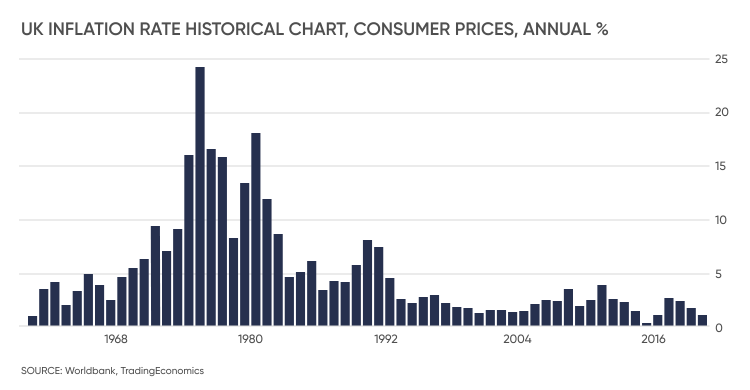 With inflation rates in the US at 5.4%, and the US Federal Reserve only planning to start tapering its quantitative easing (QE) programme, could we be looking at another era of inflating away the public debt?

Central Bank independence and inflation targets have also complicated this strategy. The US, EU and UK maintain inflation targets of 2%. This means that the runaway 20% inflation of the 1970s that eroded post-war debts should be a thing of the past. It’s also worth remembering that while inflation will reduce the real value of debt, it also increases the nominal costs facing governments – with higher inflation comes higher wage demands.

The US Army and the UK’s National Health Service (NHS) make up two of the world’s five biggest employers, meaning wage hikes can lead to higher spending and even a growing deficit. What’s more, many governments are exposed to inflation-linked debt These inflation-linked bonds increase in value during inflationary periods. They’re issued as Index-Linked Gilts in the UK, Treasury Inflation-Protected Securities (TIPS) in the US, Inflation Indexed Bonds in India and Real Return Bonds in Canada.

Around a quarter of UK government borrowing is inflation-linked debt, meaning that increasing inflation rates actually leads to higher debt servicing costs for a significant proportion of the debt.

So where does all this leave us? The pandemic ushered in an unprecedented fiscal stimulus in developing countries, and as the dust settles, governments are grappling with the question of how to address a larger debt.

With inflating debt away no longer a credible option, governments will have to look to alternative strategies - and tax rises seem the most likely. House Democrats in the US recently circulated plans for a surtax on high earners and higher top rates of capital gains tax.

Practically, these reforms are unlikely to pass, though the recent tax hike in the UK may be a sign of things to come elsewhere. And if inflating away public debt looks like an unworkable strategy, we can be certain that policymakers will keep a keen eye on high inflation rates. A period of higher taxes and higher interest rates may well beckon.