Tesla stock split: Where next for TSLA shares from here?

Shares of Tesla (TSLA) were down 0.35% in post-market trading on Thursday after the electric vehicle manufacturer completed a three-for-one stock split to make ownership more accessible to its employees and individual investors.

The stock split is not predicted to have an impact on Tesla stock in the long term.

The electric vehicle maker announced  the stock split on 5 August, stating each shareholder of record on 17 August 2022 will receive a dividend of two additional shares of common stock for each then-held share, with trading beginning 25 August on a stock split-adjusted basis.

Over the past five days, the Tesla stock price has dipped 3.19%, while rising by 4.38% over the last month and by 24.28% over the last three months. Year-to-date, the share value remains down, slipping 16.77% into negative territory, while holding a spot in the green over the last year at 24.45% above the redline.

Stock performance: Don’t expect much change over the long term

In an interview with Capital.com, Craig Erlam, senior market analyst for OANDA in New York, said: “Tesla’s stock split is a sensible move given the current share price, but it may not make a considerable difference to its performance over the longer term.” 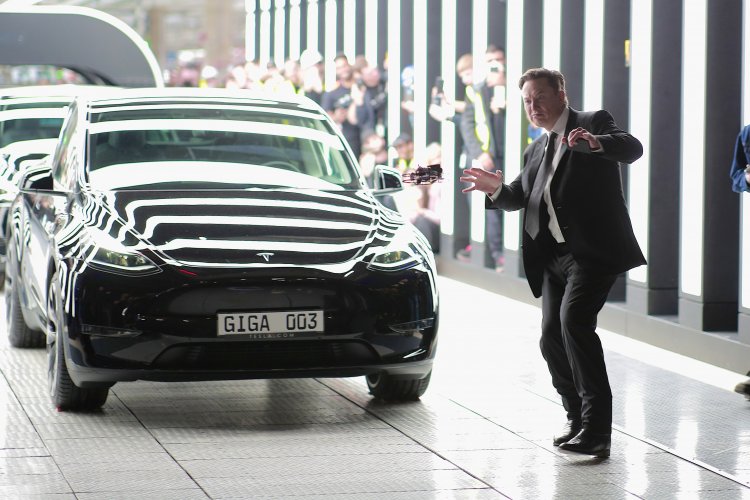 “Retail traders and Tesla employees may be happy with the move, but larger investors with the bulk of interest won’t be moved either way,” Erlam continued. “While the dominance of institutional investors will limit individual participation, the split was designed to benefit employees while putting an eye on the retail segment.”

Tesla in 2022: What has happened and what is next

Despite the second quarter slowdown, Tesla still hit an operating margin of 14.6% and produced positive free cash flow of $621M, while ending the quarter with the highest vehicle production month in history. The company is slated to release its third quarter earnings, production and deliveries in October.

Elon Musk’s Tesla marks the third notable US company to split its shares this year. In June, Amazon (AMZN) completed a 20-for-1 stock split, citing an opening for new shareholders and the potential for an increase in share price.

Since June, the Amazon stock price is up roughly 25% with an approximate 10% bump over the last 30 days.

In July, Alphabet (GOOGL) completed its own 20-for-1 stock split to increase equity in circulation – and saw a pop in share value.

Since the stock split was finished, Alphabet’s share value is up around 1% with an 8.5% jump into green territory the last three months.

Google stock split: What next for GOOGL shares?

Tesla shareholders: Who owns the most TSLA stock?

TSLA 192.16
Trade
+3.870%
AMZN 104.48
Trade
-3.780%
BBBY 3.17
Trade
-0.320%
AAPL 155.34
Trade
+7.110%
META 188.81
Trade
+1.390%
The difference between trading assets and CFDs
The main difference between CFD trading and trading assets, such as commodities and stocks, is that you don’t own the underlying asset when you trade on a CFD.
You can still benefit if the market moves in your favour, or make a loss if it moves against you. However, with traditional trading you enter a contract to exchange the legal ownership of the individual shares or the commodities for money, and you own this until you sell it again.
CFDs are leveraged products, which means that you only need to deposit a percentage of the full value of the CFD trade in order to open a position. But with traditional trading, you buy the assets for the full amount. In the UK, there is no stamp duty on CFD trading, but there is when you buy stocks, for example.
CFDs attract overnight costs to hold the trades (unless you use 1-1 leverage), which makes them more suited to short-term trading opportunities. Stocks and commodities are more normally bought and held for longer. You might also pay a broker commission or fees when buying and selling assets direct and you’d need somewhere to store them safely.
Capital Com is an execution-only service provider. The material provided on this website is for information purposes only and should not be understood as an investment advice. Any opinion that may be provided on this page does not constitute a recommendation by Capital Com or its agents. We do not make any representations or warranty on the accuracy or completeness of the information that is provided on this page. If you rely on the information on this page then you do so entirely on your own risk.