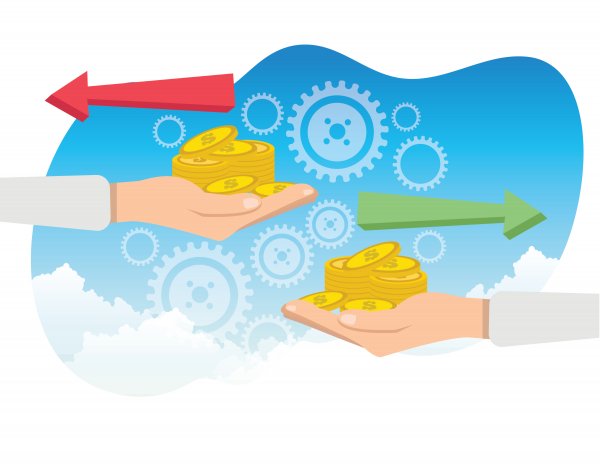 Staking is a response to the growing energy demand from Proof-of-Work (PoW) protocols used by the bitcoin (BTC) blockchain to validate transactions. Staking is when a user locks funds in a cryptocurrency wallet to participate in a blockchain system based on the proof-of-stake protocol.

Staking means buying and setting aside tokens used to validate transactions made through the blockchain. Stakers are incentivised to find a new block or add a transaction to a blockchain, just like they would in a PoW network.

PoS blockchain technology is scalable and offers quick transaction rates. Staking is comparable to proof-of-work in that it helps a network attain consensus while compensating participants.

Numerous blockchains, including ethereum (ETH), have adopted proof-of-stake protocols to run their networks in response to growing environmental issues triggered by the increased adoption of cryptocurrencies.

Each proof-of-stake blockchain has its own set of staking rules. These rules explain the financial and technical requirements, such as a minimum stake amount, procedures for selecting validators and principles of reward distribution.

Rewards are generally determined by the stake size, participation in the consensus process and the overall number of coins at stake. 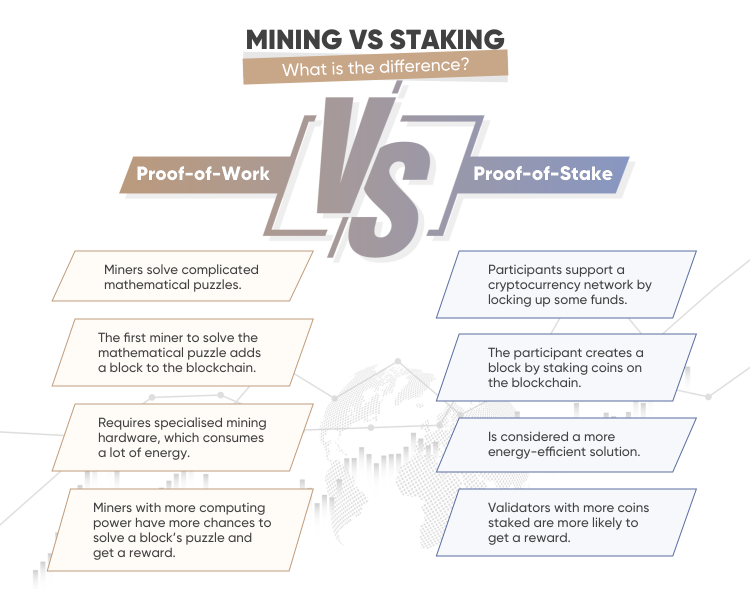 The idea of collecting rewards for holding cryptocurrency seems appealing, but stakers should be mindful of the risks:

Investing in cryptocurrencies can be profitable, but the cryptocurrency space as a whole is very volatile, which can lead to huge losses if you don’t have a diversified portfolio. With contracts for difference on Capital.com, you can trade popular PoS cryptocurrencies, such as Cardano (ADA), Algorand (ALGO), and Tezos (XTZ), without actually acquiring the coin. 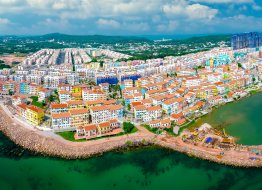 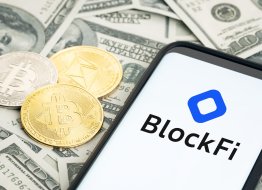 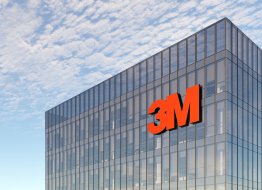 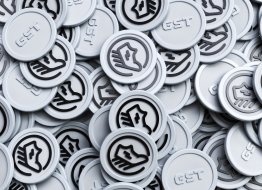