Playtika Holding Corp. (PLTK) is a digital entertainment company that specialises in the development, marketing and monetisation of free-to-play mobile games. Headquartered in Herzliya, Israel, it is the world’s leading developer of mobile games, with a portfolio that mainly includes casino-themed games like simulators of poker, slots and bingo. The company develops games for more than 12 different platforms and has more than 35 million monthly active users across its games titles.

Playtika went public in January 2021, listing its shares under the ticker symbol PLTK on the Nasdaq Global Select Market.

Stay up-to-date with the latest market news and watch the Playtika share price live at Capital.com.

Playtika was founded in 2010 by Uri Shahak and Robert Antokol. It was acquired by Caesars Entertainment Corporation in May 2011 for $130m. In July 2016, the company's operations were bought by a Chinese consortium for $4.4bn, with Playtika continuing to operate independently.

In order to grow and expand its product portfolio, Playtika acquired Big Blue Parrot in September 2015, Jelly Button Games in October 2017, Wooga in December 2018, Supertreat in January 2019 and Seriously in August 2019.

In January 2018, the business set up a $400m Playtika Growth Investments fund, which invests in Israeli mobile and internet digital entertainment and consumer product companies.

With Capital.com’s comprehensive PLTK chart you can not only quickly view the current Playtika Holding stock price, but also trace the company’s shares value in historic terms.

Prior to the stock market listing, the company had raised a total of $1.5m since its founding. On December 18, 2020, Playtika announced it plans to go public after filing S-1 documents with the US Securities and Exchange Commission. In its initial public offering on January 15, 2021, it sold 69,500,000 shares, including 21,700,000 shares of common stock offered by Playtika and 47,800,000 shares of common stock offered by its stockholder Playtika Holding UK.


The business priced its shares at $27 each, exceeding the original price range of $22-$24 and giving the company a valuation of nearly $11bn. Morgan Stanley, Credit Suisse, Citigroup, Goldman Sachs, UBS Investment Bank and BofA Securities were the joint bookrunners on the deal.

After its market debut, the Playtika Holding Corp. share price gained more than 17 per cent to close its first trading day at $31.62.

You can trace all the latest ups and downs of the PLTK share price and go long or short on Playtika Holding Corp. stock today using Capital.com’s proprietary trading platform.

Musk is under pressure from EU and US regulators while he calms down the dispute with Apple, paying a visit to Tim Cook himself.

How solid is further upside for the yen? The data is mixed but increasingly fast-paced

The bear-market rally is flooded with euphoria, driving the dollar to decline and equities to gain as investors wager on Fed rate cuts next year. 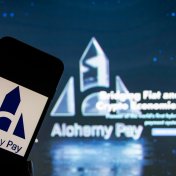 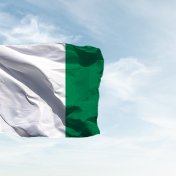 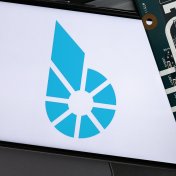