Pfizer Inc. (PFE) is a New York-based multinational corporation engaged in the business of discovering, developing, producing and selling pharmaceuticals. It is one of the world's largest pharmaceutical companies and ranked 64 on the 2020 Fortune 500 list.

Pfizer shares are traded on the New York Stock Exchange under the ticker symbol PFE. The company is a constituent of the S&P 100 Index and S&P 500 Index (US500). Pfizer stock was also a constituent of the Dow Jones Industrial Average (US30) from 2004 to 2020. However, it was replaced by Amgen (AMGN) on August 31, 2020.

Get all the information you need on the PFE stock price today with Capital.com’s comprehensive chart.

The company was founded in 1849 in New York by two cousins, Charles Pfizer and Charles F Erhart. Already by 1906, Pfizer’s sales totalled $3.4m (£2.6m, €2.9m). Originally a manufacturer of fine chemicals, the business moved into pharmaceuticals in the second half of the 20th century.

Acquisitions have been one of the key growth strategies for Pfizer. Some of the firm’s major purchases include Warner-Lambert in 2000, Pharmacia in 2003, Wyeth in 2009, King Pharmaceuticals in 2010, Innopharma in 2014, and Medivation and Anacor Pharmaceuticals in 2016. In December 2018, the company announced a joint merger of its consumer healthcare division with the British pharma giant GlaxoSmithKline. The transaction closed in August 2019.

Today, Pfizer is headquartered in New York City, and its research HQ is in Groton, Connecticut. The company has research and development staff across the world to support its product pipeline. As well as numerous locations across the US, the company also has sites in Europe, India, Japan, Australia and Latin America.

Pfizer manufactures a broad range of medicines and vaccines for such therapeutic areas as immunology and inflammation, cardiovascular and metabolic diseases, oncology, neurological and psychiatric illnesses, and rare diseases. It is involved both in carrying out clinical trials and conducting research and development. Among its best-known products are the blockbuster drug Lipitor, the antibiotic Zithromax, and erectile dysfunction treatment Viagra.

In November 2020, Pfizer’s Covid-19 vaccine, developed with the German drugmaker BioNTech (BNTX), was found to be more than 90 per cent effective.

With Capital.com’s PFE chart you can not only quickly view the current Pfizer stock quote, but also trace the company’s shares value in historic terms.

In regard to the Pfizer Inc stock history, the company went public on June 22, 1942. The $5.9 million IPO was one of the largest of that year, with Pfizer offering shares at $24.75 apiece and reaching a market cap of $12.4 million on the first day of trading.

The business’ growth into one of the world's largest pharmaceutical corporations has generated hefty profits for its early investors. By 1998, when its famous Viagra medicine was launched in the US and Europe, Pfizer’s market cap had already soared by more than a million per cent from its IPO valuation.

The Pfizer Inc. share price had been on a general upward trend from the global financial crisis, when it fell as low as $12.30, up until November 2018, when it peaked at $46.30.

On March 23, 2020, the stock plunged to $27.88 per share amid the global economic uncertainty caused by the Covid-19 pandemic. The shares then quickly recovered to trade at $37-$39 throughout May, right before falling to $32 by the end of June. The Pfizer share value then inched higher to fluctuate in the $36-$39 range throughout August-October. The stock briefly broke out in early November after the company's Covid-19 vaccine, tested on 43,500 people, proved 90 per cent effective in a final-phase study.

You can go long or short on the company’s shares and trace all the latest ups and downs of the Pfizer stock price now using Capital.com’s proprietary trading platform. 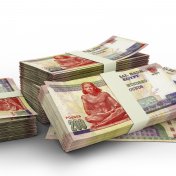 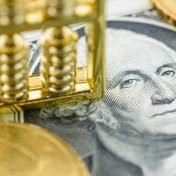 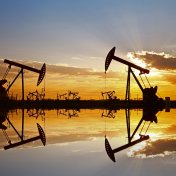 Why is Pfizer Inc important to traders?