Browse our live chart to get all the information you need on the NKLA stock price today.

Nikola Corporation (NKLA) is an American company engaged in the development of integrated zero-emissions transportation systems. Founded in 2015 by Trevor Milton, it designs and manufactures hydrogen-electric and battery-electric vehicles, electric vehicle drivetrains, vehicle components, energy storage systems and hydrogen fueling station infrastructure. The company is headquartered in Phoenix, Arizona, where its research and development facility is also located.

With Capital.com’s Nikola Corporation share price chart, you can not only quickly view the current NKLA stock quote, but also trace the company’s shares value in historic terms.

Unlike electric car maker Tesla Inc. (TSLA), whose vehicles are charged by plugging them in, Nikola aims to build vehicles that use hydrogen fuel-cell technology. While hydrogen fuel-cell vehicles share many benefits with pure electric vehicles, they take less time to recharge and have a longer range. The company also plans to use solar power at its fueling stations, which will be supplemented with grid power.

While Nikola has announced several zero-emissions vehicle design concepts since the company’s establishment, none of the vehicles was in production as of September 2020.

Stay up-to-date with the latest market news and watch the NKLA share price live at Capital.com.

In March 2020, the firm revealed its plans to merge with VectoIQ Acquisition Corporation. This resulted in the combined company being listed on the NASDAQ exchange under the ticker symbol NKLA. The stock started trading at $37.55 per share on June 4, 2020, a day after the merger was completed.

By June 9, the shares had more than doubled in value, peaking at $79.73. The stock then started to fall gradually, hovering around $40 per share throughout August. On September 8, Nikola and General Motors announced a partnership, boosting the stock to close the trading day at $50.05.

On September 10, short seller Hindenburg Research released a report accusing Nikola of being "an intricate fraud", that, among other allegations, overstated the capabilities of its earliest test trucks. In a few days, it was reported that the Securities and Exchange Commission (SEC) and the US Department of Justice had started a probe into the fraud allegations. On September 21, 2020, Trevor Milton resigned as the company’s executive chairman. The events saw Nikola shares shed value significantly. On September 29, the stock ended the trading day at $17.88.

Ever since, NKLA stock has experienced lots of volatility, characterised by multiple price fluctuations. You can go long or short on the company’s shares and trace all the latest ups and downs of the Nikola stock price using Capital.com’s proprietary trading platform.

After Buffet exit, BYD to make its EV models available in Europe

Eurozone inflation has spiked in September, reaching for the first time ever the double digit mark, weighing on the common currency. 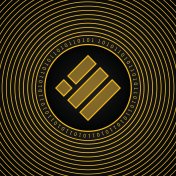 Who owns the most Binance USD crypto? BUSD tokens on march to dominate stablecoin market 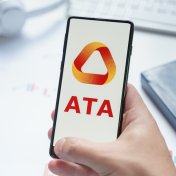 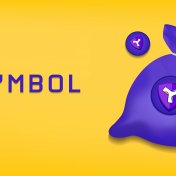