What is a mountain chart?

Mountain charts are essentially the same as line charts, but with the space below the line filled in with colour. People also often refer to them as area charts.

Where have you heard about mountain charts?

You may have seen a mountain chart if you've read a fund prospectus or report. Like other types of charts, mountain charts are there to help you digest a wealth of financial or market information in a quick and appealing way. Corporate reports often feature them because their bold bright colours stand out and can tell an upbeat story.

Financial newspapers such as the Financial Times also often use mountain charts to accompany their analysis pieces. Again, the idea is to distil turgid figures and turn them into an easily understood narrative.

What you need to know about mountain charts…

Charts have been around for several hundred years. The Scottish engineer and political economist William Playfair (1759–1823) is generally viewed as the founder of graphical methods of statistics. He invented several types of diagrams: in 1786 the line, area and bar charts of economic data; and in 1801 the pie chart and circle graph.

Investors and traders nowadays use five main types of charts in their technical analysis, depending on what kind of information they’re examining. Mountain charts, line charts, bar charts, candlestick charts and so-called point-and-figure charts are all part of the armoury they can deploy to analyse trading data.

Uses and types of mountain charts

Mountain charts have several key uses. Firstly, they can depict the growth of an investment over time - they are a common way to showcase a fund's past performance. Here’s an example that shows both the overall trend and the depth of periodic dips very clearly:

Secondly, mountain charts can be used as a trading instrument chart for price behaviour analysis. Here’s an example showing the fluctuations in Facebook’s share price over the course of a year. It’s interesting how different the visual representation is from the bar chart of volumes underneath. 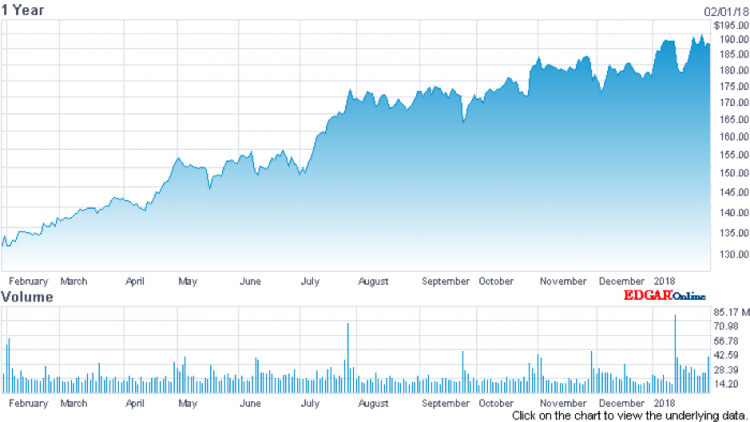 So mountain charts can be a useful way to grasp a lot of information over a long period quickly. But they should be viewed carefully as they can give an optical illusion of greater growth than the reality.

Here’s an example of a basic mountain chart: 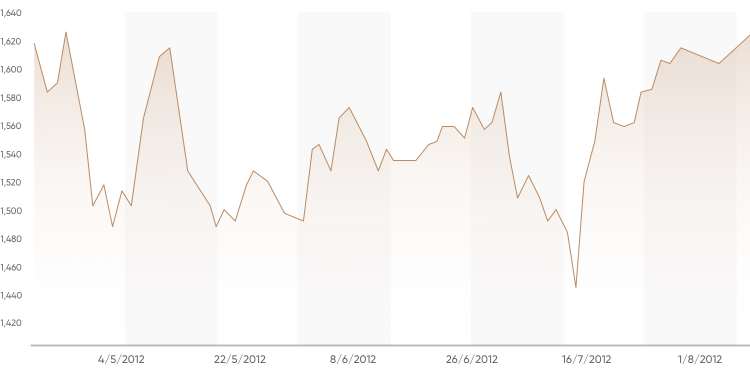 Mountain charts display graphically quantitative data. But, as you can see in the example above, if the y-axis (the vertical one) doesn’t start at zero, the chart runs the risk of over-dramatizing peaks and troughs. This is particularly the case if you chose a narrow timeframe to view the chart. A long-term investor might therefore do better to change the parameters to a yearly or even 5-yearly view to gain a better insight into the relevance of day-to-day share price fluctuations.

When multiple attributes are included in a mountain chart, the first attribute is plotted by a line with colour fill, followed by the second underneath with a different colour, and then the third and so on. This is known as a stacked mountain chart – or stacked area chart. 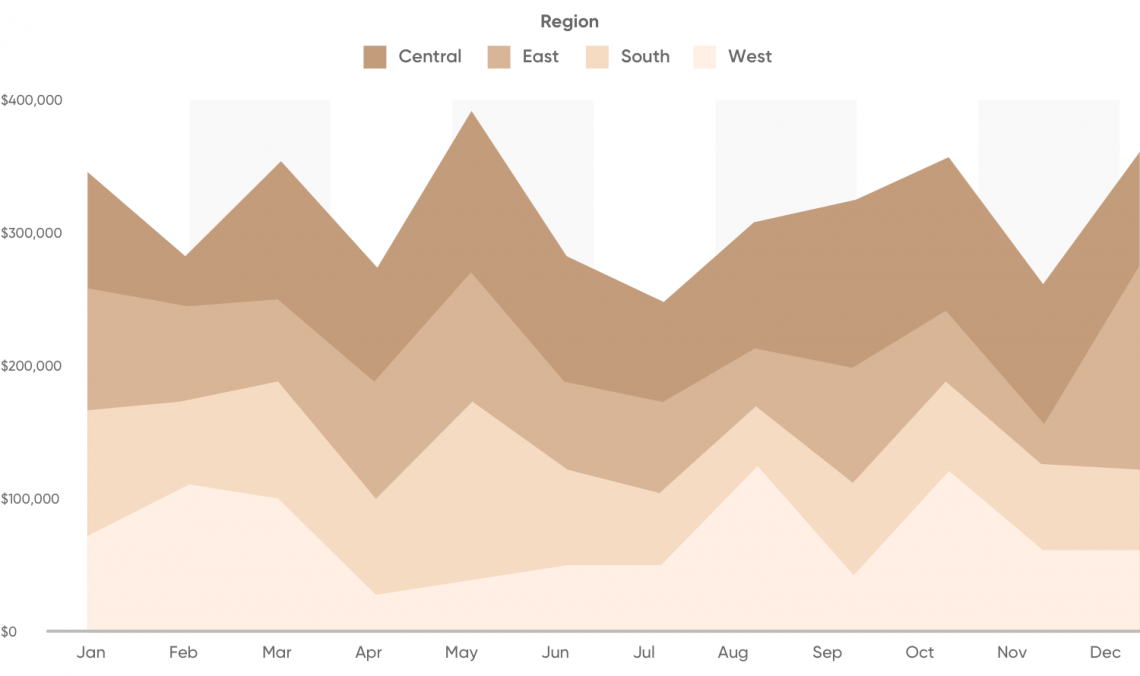 This type of stacked mountain chart can be useful for understanding both fluctuations in aggregate values (a company’s total sales over a given period, for example) and the dynamics within an organisation (sales recorded in a company’s various regions or divisions). In the above example, the company’s overall sales end the year very slightly above their January level, but Central’s contribution to the total halved between September and December. This might not have been immediately apparent by simply looking at a table of figures.

Knowing how to interpret a chart pattern can be very useful when conducting technical analysis of stocks. Here are some of the chart patterns you’ll most often encounter in mountain charts:

Another issue is that if the graph is plotted with currency, such as the pound, rather than a percentage, it will look like it has a steeper angle of growth than it really does. This is because of compound interest, which is a strong benefit to any long-term investor. Compound interest is essentially interest on top of interest, which, although it looks impressive, isn't an indicator of performance.

Like all historical data for any fund, mountain charts will only give you information on past performance, which is no indicator of future success. Moreover, mountain charts omit significant data of importance because you can’t view the range of prices each day, and you can’t identify gaps or spikes. Because of this, many traders don’t find mountain charts useful for trading, but they are certainly considered helpful for general price representations in reports.

Find out more about mountain charts…

Our comprehensive online glossary has lots more definitions of related terms such as chart, bar chart, candle chart and trend. Take a look at some of them to deepen your understanding of chart patterns and market data.

If you’re using Excel to create charts using your own data,this guide at Excel-easy.com will show you how to make mountain charts – referred to here as area charts – and ‘stacked’ mountain charts.

Nasdaq.com has a range of interactive stock charts, which – it says – offer a dynamic alternative to basic stock charts. Features include click and drag interaction, event indicators, and right-click interactivity. Nasdaq’s default chart is the 1 year Mountain chart for an individual stock. The intervals (aside from the Intraday) are for 1 day, 5 days, 1 month, 3 months, 6 months, 2 years and 5 years. Follow this link to their website for further details.

A chart showing the changing prices of a financial product, which looks like a candle in...

The technical analysis definition is a trading tool and method of analysing...

Looking for a bar chart definition? A lot can happen to a security in one day of trading,... 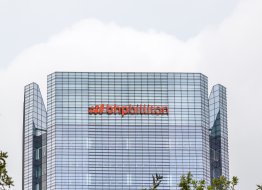 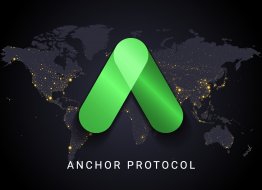