Logitech has won numerous industry awards – in 2018 it was ranked among the Fast Company top 10 most innovative companies in design; and a number of its products have been recognised in the annual iF Design Awards. As of April 2018, Logitech had a market capitalisation of around $6 billion.

Who are the key people at Logitech?

Guerrino De Luca is Chairman of the Board, supervising the company’s strategy and performance. He’s a former CEO of Logitech, which he first joined back in 1998. Bracken P. Darrell has been President of the company since April 2012 and Chief Executive Officer since January 2013. He has over 20 years’ experience in business management and brand management in a range of global consumer companies such as Whirlpool, Procter & Gamble and General Electric. Another key figure is Vincent Pilette, who is Chief Financial Officer of Logitech.

What is the modern history of Logitech?

The company was founded in 1981 in Apples, Switzerland. The following year it introduced its first hardware device, the P4 Mouse, and after signing some promising deals the firm expanded its manufacturing capabilities with a plant in Taiwan. In 1988, Logitech decided to go public to help finance its growth, so it officially registered on the Swiss Exchange. As its product portfolio grew further, Logitech then went public on the NASDAQ in 1997. A number of acquisitions followed, including Labtec in 2001, Intrigue Technologies in 2004, Slim Devices in 2006, Mirial in 2011 and Astro Gaming in 2017.

What are the latest developments at Logitech?

In January 2018 Logitech reported its financial results for the third quarter of fiscal year 2018. The company’s Q3 sales were an all-time record $812 million, up 22% year-on-year in U.S. dollar terms and up 18% in constant currency. Q3 GAAP operating income was $100 million, up from $96 million in the same quarter the year before. Logitech raised its fiscal year 2018 outlook to 12-14% sales growth in constant currency, up from previous guidance of 10-12%.

The Logitech share price remained very stable from early 2014 to mid-2016, hovering between CHF 11 and CHF 16. The shares then rose sharply, hitting CHF 40 in January 2018. To find out how the shares are doing right now, follow Capital.com. Our LOGN chart puts all the information at your fingertips.

Where does Logitech operate?

Logitech’s corporate headquarters are in Lausanne, Switzerland, and its administrative HQ is in Newark, California, USA. The company also has offices in Hong Kong, Suzhou (China), Hsinchu (Taiwan) and Tokyo (Japan).

Logitech markets its products in over 100 countries worldwide and maintains partnerships with all the leading PC producers. Sales units of the company are spread across Europe, North America and the Asia Pacific region.

Where is Logitech traded?

Logitech shares are quoted on the SIX Swiss Exchange and on the NASDAQ Global Select Market. Check out Capital.com for the latest LOGN chart. We’ll keep you up to date and in the picture.

US inflation outlook: How will the CPI affect the US dollar and Treasuries?

The US CPI inflation rate is still near its 40-year high and the war against it is far from over, as OPEC+ announces strong cuts. Dollar and Treasury yields could push higher as interest rates rise.

Tesla stock slides: is the EV maker in trouble?

What’s next for GBP and gilts after Fitch cuts UK credit outlook?

Can interest rates go down? 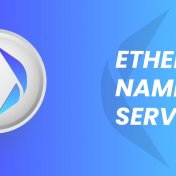 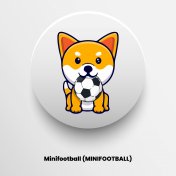 Minifootball price prediction: What is minifootball? 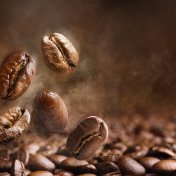 Coffee price forecast: Is the coffee rally set to cool?