Hut 8 Mining Corp. (HUT) is a cryptocurrency mining company, specialising in bitcoin (BTC) and ethereum (ETH). The company was founded in 2011. It’s headquartered in Toronto, Canada.

The company was named after the building at Bletchley Park, England, where Alan Turing created the Bombe, a machine known to quickly decipher the Enigma code and intercept enemy communications during World War II. The machine built in the Hut 8 building saved countless lives and transformed cryptography, laying the foundation for the blockchain.

Hut 8 Mining Corp trades under the ticker symbol ‘HUT’ on the Toronto Stock Exchange (TSX) and Nasdaq. It went public in October 2019 on TSX and gained approval for listing on the Nasdaq in June 2021.

Nu Holdings (NU), a Brazil-based fintech bank, is disrupting the Latin America finance sector with sleek, modern offerings. Its revenues and customer count are climbing fast and shares jumped by 18% on Tuesday.

Are Sibanye Stillwater (SBYSF) woes behind platinum's 8% rise this month?

Platinum prices have risen about 8% so far this month, due to mining operational troubles 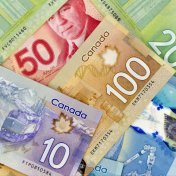 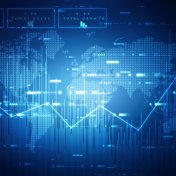