Glencore PLC (GLEN) is a Switzerland-based diversified commodity company. Glencore does business in three segments: minerals and metals, agricultural products and energy. It produces and trades over 90 commodities, including those sourced from third parties. Also, Glencore is involved in financing, marketing, processing, storage, logistics and other related services.

One of the world’s largest natural resources companies, Glencore is a key global manufacturer of commodities. The company’s operations include almost 150 metallurgical and mining sites, agricultural facilities and oil production assets. Glencore’s products and services are popular among vehicle manufacturers, steel-makers, processors of oil and food products, as well as power companies. The company’s major operations include:

A bit of Glencore’s history

Founded in 1974 as Marc Rich & Co, the company was initially focused on the marketing of crude oil, ferrous and non-ferrous minerals and metals. In 1981, it acquired Granaria, a Dutch grain trading company that further became Glencore Agriculture. In 1993, the company got its present name – Glencore.

The company was founded by an international commodities trader, financier, businessmen and billionaire Marc Rich.
During his work at Philipp Brothers in 1950s, he became a dealer in metals and got his knowledge of raw materials markets and trading with lower economically developed countries.
In 1974, together with his colleague Pincus Green, he created his own company Marc Rich & Co, the predecessor of Glencore. Nicknamed “The King of Oil”, Rich expanded the crude oil spot market in 1970s.
Charged with tax evasion and illegal commodity trades with Iran, Mr. Rich was pardoned by the US President Bill Clinton during his last day in office.

Glencore operates via a worldwide network of over 90 offices, in more than 50 countries and employs approximately 146,000 people. Headquartered in Baar, Switzerland, the company also runs its business from London, UK, (head office for Oil & Gas business) and Rotterdam, Netherlands (Agriculture). As of 2017, Glencore has gained $205,476 billion in revenue.

Glencore plc shares are listed and traded on the London Stock Exchange (LSE), the Stock Exchange of Hong Kong (SEHK) and on the Johannesburg Stock Exchange (JSE). Join Capital.com to trade CFDs on the Glencore share price fluctuations and follow the GLEN chart in real-time.

In 2019, Elon Musk was named the unofficial CEO of dogecoin

Two of the world’s largest banks sued by Epstein victims, accusing the lenders played a part in sex trafficking

AB InBev wants a discount on its FIFA sponsorship deal - but will it get it? 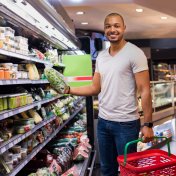 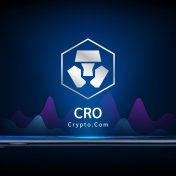 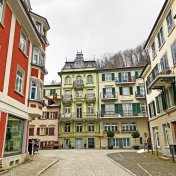