It's a risk-on start to the week on the forex market, with major G-10 currencies all gaining ground against the dollar, as the market begins to dismantle the likelihood of a hard-landing scenario for the world's largest economy after last Friday's solid data from the US labour market.

The US dollar (DXY) index fell to 106.2, while commodity and risk-sensitive currencies such as the Australian (AUD), Canadian (CAD), and New Zealand (NZD) dollars gained the most on the day. The Swiss franc (CHF) was also among the best performers today, as the country's unemployment rate remained at 2%, the lowest since November 2001.

Last Friday, the increase in US employment (+528,000 nonfarm payrolls in July) and wage growth far exceeded analysts' expectations. A tight and resilient US labour market reduces short-term recession risks but increases the likelihood of an aggressive Fed in fighting inflation and raising interest rates.

Risk sentiment was also boosted after the US Senate passed a $430 billion "Inflation Reduction Act" to combat climate change, spur investment in the solar and renewables sectors, and reduce drug costs for the elderly while raising taxes on the wealthiest households. 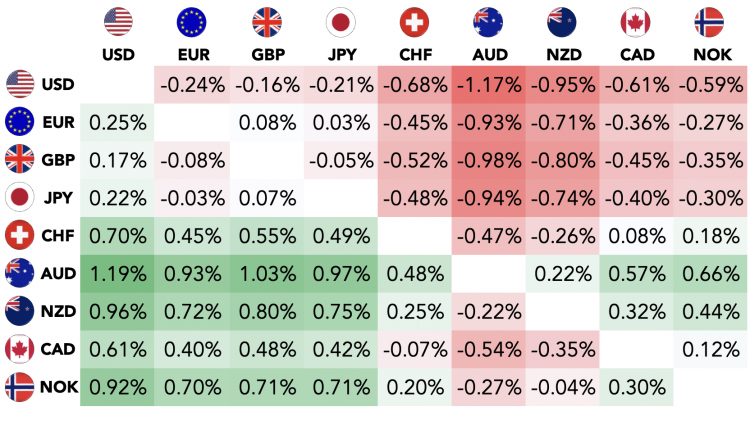 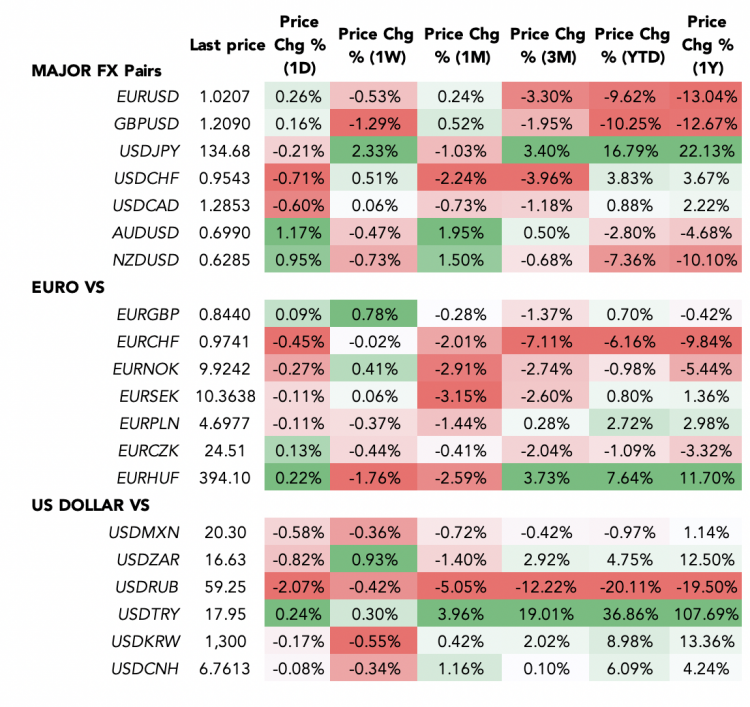 Performance of global FX pairs as of August 8, 2022 – Photo: Capital.com 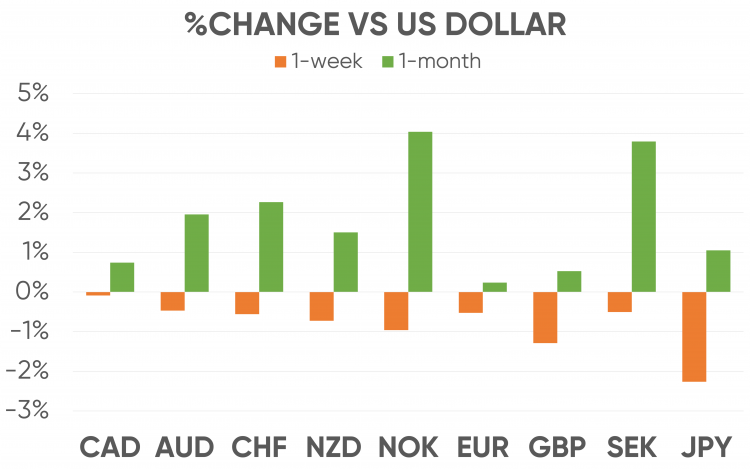 Performance of global FX pairs as of August 8, 2022 – Photo: Capital.com

Euro-dollar (EUR/USD) – Chart analysis: Parity concerns are by no means over 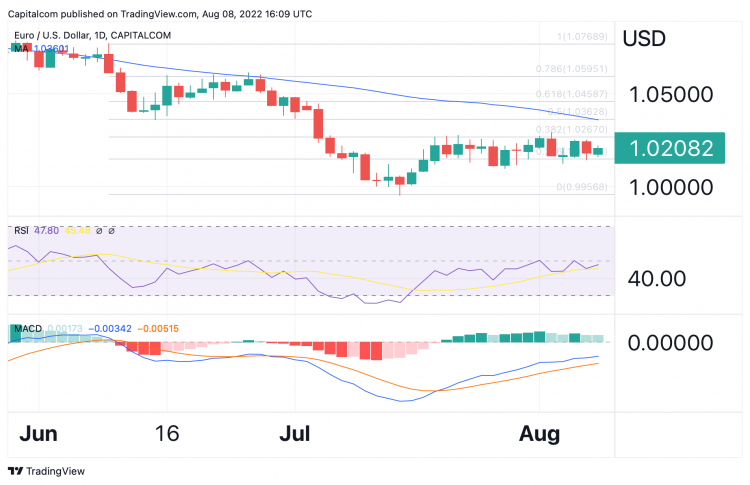 However, more than a strengthening of the euro itself, today's price action in EUR/USD reflects a general market risk that has dragged the dollar's broader decline.

As a result, the concerns surrounding the single currency are still very much alive. According to the August Sentix Economic Index for the Eurozone, which was released today, the Eurozone's economic situation remains difficult, despite the overall index rising slightly to -25.2 points. The expectations index dropped to -33.8 points, which is close to the lowest levels seen during the 2008 financial crisis, and continues to paint a bleak picture of the Eurozone economy.

This week, all eyes will be on the US CPI data for July, with consensus expecting a 8.7% annual surge in inflation. A stronger-than-expected reading would give the Fed the green light to keep raising interest rates at a rapid pace.

This could result in a further widening of the rate gap between the United States and Europe, which will now also be accompanied by a gap in economic growth in the coming quarters, which has the potential to penalise the single currency even further.

The EUR/USD has been trading in a very tight range roughly between 1.01 and 1.03 over the past three weeks. Looking at the daily chart, the RSI is struggling to break through the 50-point barrier, while MACD flattens.

On the upside, the 1.028 regions (50% Fibonacci retracement level of June highs/July lows) remains a difficult resistance to overcome. The short-term support level is at 1.098 (July 27 lows). A break here would allow for a retest of parity.

What’s next for GBP and gilts after Fitch cuts UK credit outlook?

Can the best-in-class Mexican Peso (MXN) survive a US recession?