Federer-backed On Holding strides towards IPO

Resilient performance during the pandemic period

Key facts about On Holdings

How to buy On shares

Swiss sports-shoe and clothing manufacturer On Holding AG’s initial public offering (IPO) intentions were confirmed on 23 August when it filed with the US Securities and Exchange Commission (SEC).

Will the Zürich-based company, which showed strong performance during the pandemic period, manage to attract investors’ interest?

Read more about how On Holding is preparing itself for further expansion to decide whether it’s worth stepping into its shoes and running on its ONON stock price. Resilient performance during the pandemic period

Net income came to CHF3.8m for the half-year to the end of June, against a loss of CHF33.1m a year ago. On Holding shares have been given the ONON ticker. The company is reportedly seeking a valuation between $4bn and $6bn. ONON stock will be listed on the New York Stock Exchange. The exact On Holding IPO date remains ‘pending’.

Goldman Sachs, Morgan Stanley and JP Morgan are among the underwriters for the offering. The principle purpose of the On Holdings IPO is to increase capitalisation and financial flexibility, create a public market for Class A ordinary shares and help future access to the capital markets.

Key facts about On Holdings

On is a relative newcomer to the global market for athletic footwear. The company was founded in Zürich, Switzerland in 2010 by former professional athlete Olivier Bernhard. The three-time world duathlon champion and multiple Ironman winner wanted to find a running shoe that would give the perfect running sensation.

Dozens of prototypes were developed, but the basic concept – cushioned landing, firm take-off – remained paramount throughout. It was the innovative shoe design that convinced Caspar Coppetti and David Allemann – friends of Bernhard – to come aboard as directors.

On was formally established in January 2010, and a month later, the prototypes won the ISPO BrandNew Award, recognising innovation in sportswear design. In July 2010, running stores had On shoes on their shelves.

Fast forward to 2021, and you can buy On running shoes at over 6,500 premium retail stores in over 50 countries. In addition to its European headquarters in Zürich, On has now opened offices in the US, Japan, Australia and Brazil. Roger Federer’s association with On began in November 2019 when he joined On as a co-entrepreneur. In July 2020, THE ROGER – the first product with his name attached – was unveiled. The tennis-inspired ROGER Centre Court sold out instantly.

And, in 2021, the first On tennis shoe, THE ROGER Pro, developed by the tennis star with the On tech lab, was launched and worn by Federer when he made his comeback from injury at the March 2021 Qatar Open in Doha.

While Federer may be the only sports star with his name emblazoned on an On product, a host of other athletes have endorsed and continue to endorse On sportswear. This includes Spanish Triathlon legend Javier Gómez Noya; British long-distance runner Chris Thompson; and Swiss Olympic medallist and European champion Nicola Sprig, who won gold at the 2012 London Olympic Games and then won silver in the women’s triathlon at Rio 2016.

And as On has created more shoes and clothes for everyday use, high-profile figures from outside the sporting world have not been slow to be snapped in On gear. When Cinematographer Emmanuel Chivo Lubezki won his third consecutive Oscar for best camera for his work on The Revenant in 2016, he was photographed on the cover of Variety magazine wearing  his preferred shoe: the On Cloud.

Major rivals to On include SCOTT Sports, which produces specialist trail- and road-running shoes (as well as running clothes); French firm HOKA ONE ONE; US-based Saucony and Brooks Sports. As with all these producers of high-performance running gear, there is also competition from huge brands such as Nike and New Balance, which also produce sportswear for elite athletes as well as mass-market leisure products.

In 2016, On broadened its offering. Rather than purely focusing on running shoes, the company launched its Performance Running Rear range, including shorts, track pants, running tops, vests, hoodies and trail tights. This meant the company was competing head-on with other sportswear manufacturers in far wider areas of the market.

The company still sees itself as an innovator in sportswear design and has looked to bring sporting performance and sustainability together in the shape of Cyclon, which was unveiled in 2020 as the first fully recyclable shoe. Made from castor beans and initially available only through subscription, customers run in them, return them and then receive new shoes to replace them.

As a young company that has already seen high growth and expansion, investors might like the opportunity to trade On Holding AG (ONON) shares once they debut in anticipation that the IPO will help fund further growth.

According to Donovan Jones, founder of IPO Edge, the market opportunity for athletic shoes and sports apparel is quite large, and is expected to grow at a moderate rate as consumers seek to maintain a more healthy lifestyle through exercise.

With regards to On Holding, in addition to clear evidence of sales growth and endorsement by leading athletes, the green credentials offered by On products – such as the Cyclon shoes – might be seen by ESG-oriented investors as an incentive to buy into the stock.

The new management structure may appeal too. While Bernhard, Coppetti and Allemann are still very much involved in the business, in January 2021 they appointed Martin Hoffman, On Holding’s chief finance officer since 2013, as Co-CEO and CFO. New senior appointments can sometimes provide fresh perspectives for a company looking to take the next step forward.

There are obvious advantages of an IPO for a young, high-growth business such as On. In terms of fundraising, the money provided by an IPO can transform the growth trajectory of a company. In terms of increased exposure to potential customers, an IPO can propel a company into the public spotlight.

An IPO can also reduce the overall cost of capital, since non-listed companies often have to pay higher interest rates to receive bank loans.

But there are also risk factors companies like On may face post-IPO.

Supply-chain problems may emerge for a company looking to expand into new markets and new product lines. Consumer tastes and style preferences can change quickly, too.

Market pressures can be very difficult for a listed company – the founders and leaders of the business who are used to calling the shots are not always as free to have it their way. Shareholders tend to have a short-term, profit-driven view, which might be at odds with a company founder’s longer-term plans.

These risk factors are by no means specific to On Holdings – indeed, they may not apply at all – but they are worth taking into account when considering any investment in a newly listed company.

How to buy On shares

In the event you do want to trade On Holdings stock when it goes public, ONON will become available through contracts for difference (CFDs) on Capital.com.

CFDs are flexible derivative instruments, meaning you can try to benefit from either direction the asset may take by opening a long or a short trade, respectively. Follow the On Holdings IPO news and updates, and consider whether this sportswear company is worth including into your investment portfolio.

Note that CFDs are leveraged products, which means you can open a larger position with a smaller amount of initial capital. Still, while it can increase your profit, it can also augment your loss. Mind the risk and invest no more than you can afford to lose.

Create an account at Capital.com today and become one of the early On Holding traders.

Read more: COTI coin price prediction: is it on the way to new highs?

Ready to get started?
Capital.com Download
Capital Com is an execution-only service provider. The material provided on this website is for information purposes only and should not be understood as an investment advice. Any opinion that may be provided on this page does not constitute a recommendation by Capital Com or its agents. We do not make any representations or warranty on the accuracy or completeness of the information that is provided on this page. If you rely on the information on this page then you do so entirely on your own risk.
Share Article
Resilient performance during the pandemic period On Holding IPO details Key facts about On Holdings Tennis legend joins On Major competitors Incentives to invest How to buy On shares 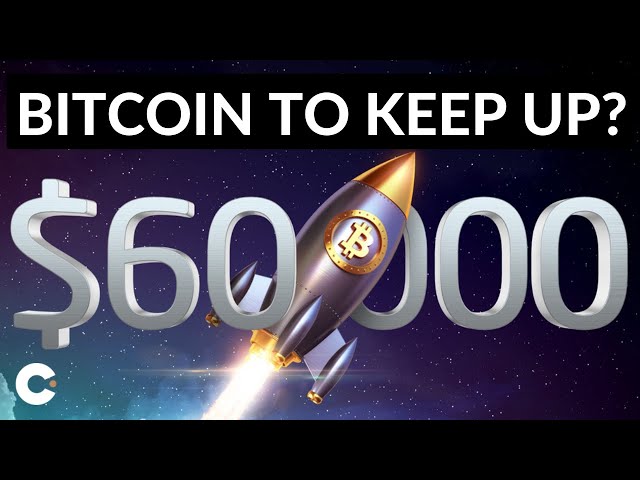