The Ethereum to Danish Krone pair features ETH as the base cryptocurrency along with DKK, Denmark’s official currency, as the counter currency, both of which are strong currencies in their respective markets.

The Danish Krone ranks among the 10 most traded European currencies, as the country has opposed the adoption of the euro as its official currency. The importance of the Danish economy in the region and the increased attractiveness of cryptocurrencies makes the ETH/DKK pair an interesting choice for traders who seek to profit from speculating about future price movements on any of these currencies.

The price of ETH/DKK is driven by shifts in the value of its base and counter currencies, each of which fluctuate based on certain internal and external elements.

The Danish Krone is mainly influenced by the evolution of the country’s exports, foreign investments, and overall economic activity, along with the decisions of Denmark’s central bank on monetary policy matters.

Meanwhile, Ethereum’s value is driven by the widespread adoption of the cryptocurrency as a payment method and financial asset, along with the potential use of its blockchain to power other applications, such as the ones promoted by the Enterprise Ethereum Alliance (EEA).

Traders can profit from price swings in the ETH to DKK pair by anticipating potential directional changes in the value of both ETH and DKK and they can take either long or short positions in ETH/DKK by using a Contract for Difference (CFD).

Ethereum has gained its stand among the most traded and most valuable cryptocurrencies out there and this has attracted the interest of both retail and institutional traders who are increasingly seeing the potential of these financial vehicles for portfolio diversification purposes.

Meanwhile, the krone has been Denmark’s official currency for more than 400 years, and its name means “crown”. The currency has been pegged to many other fiats during its lifetime and it is currently pegged to the euro through a system called ERM II that prevents the currency’s value from drifting too much away from the euro.

The value of the krona against the euro remained fairly stable during the first few weeks of 2020. Nevertheless, the recent coronavirus health emergency, which affected many important European economies including Spain, Italy, and France, has strengthened the value of the krona.

Yet, it is important to know that Denmark’s exports account for more than 30 per cent of its GDP, and its most important trading partners include Germany, the UK, and the United States, all of which have been significantly affected by the outbreak.

Traders can benefit from ETH/DKK price swings by taking long or short positions on this crypto-to-fiat pair using Capital.com’s proprietary trading platform which features a real-time price chart and changes a zero per cent commission on trades.

Volkswagen (VOW3) is racing ahead with its Porsche (IPO) and is defying the naysayers.

The Federal Reserve is firmly following a hawkish path in hiking interest rates further from here. Is the US dollar index (DXY) on track to hit 121?

Worried about an upcoming MT4 and MT5 ban? Here’s a list of MetaTrader alternatives

Looking for MetaTrader alternatives now that MT4 and MT5 are not available on the App Store? Read on for the top-5 list. 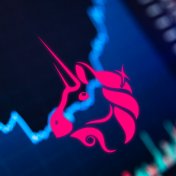 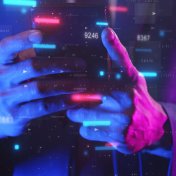 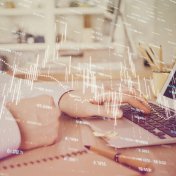