Always stay on top of the latest Dogecoin price in USD with Capital.com’s live chart

The DOGE/USD pair matches the popular cryptocurrency – Dogecoin (DOGE) – with the world's primary reserve currency – the American dollar (USD). The pairing represents how many dollars are needed to buy one Dogecoin.

The Dogecoin cryptocurrency was introduced to the market in December 2013. It was created by IBM software engineer Billy Markus and Adobe engineer Jackson Palmer, featuring the face of the famous Doge meme’s Shiba Inu dog as its logo. The Dogecoin protocol is based on the now-defunct Luckycoin, which was a fork of Litecoin (LTC).

Throughout years, the coin’s use has evolved beyond a fun meme. The coin’s unlimited supply and relatively low price have made it popular for small transactions among social media communities. It is now being accepted by some online stores for payment. DOGE has also become available on many cryptocurrency exchanges, boosting its trading volumes.

With Capital.com’s comprehensive DOGE/USD price chart, you can now only quickly view the current value of Dogecoin, but also trace its price in historic terms.

Like other cryptocurrencies, Dogecoin is known for its high price volatility. At its launch, the coin was worth $0.000232. The first significant price spike happened in December 2017 when the market rallied across the board with Bitcoin (BTC) reaching $20,000 for the first time.

Due to the extremely volatile nature of the crypto market, the DOGE/USD crypto-to-fiat currency pairing offers huge potential for speculation and makes it a strong alternative to traditional forex markets. Traders can try to profit from the DOGE/USD rate fluctuations by taking long or short positions on the pair, using Capital.com’s proprietary trading platform that features a real-time Dogecoin price chart and charges zero per cent commission on trades. 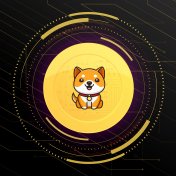 Baby doge price prediction: How will the dogecoin rival trade? 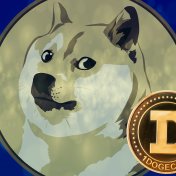 Dogecoin price analysis: Is it time to book profits?

Why is DogeCoin to US Dollar important to traders?

Trade dogecoin (DOGE) and other major cryptocurrencies, indices, forex, shares and commodities through CFDs with Capital.com’s award-winning platform with 0% commission and tight spreads. Available on web and mobile.

Learn more about DogeCoin to US Dollar