Oil prices clawed back some losses in early trade on Tuesday with supply concerns weighing on the minds of traders - after crude futures fell to a nine-month low the day before.

The downward price pressure has come from a surging dollar (USD) - which makes the US-priced commodity more expensive for buyers using other currencies.

Will OPEC step in to boost oil prices?

The gains on Tuesday, however, are likely a result of oil supply concerns after Iraq’s oil minister said on Monday that the Organization of the Petroleum Exporting Countries (OPEC) is monitoring the price situation and wants to maintain market balance. In other words, they could cut production again on 5 October to boost oil prices - or even intervene sooner.

The group has been trying to keep crude above $90 a barrel, recently cutting output by 100,000 barrels per day.

However, the cut has been too minimal to have the desired impact on the market.

However, EU countries are still reportedly divided on agreeing to the price cap.

Piero Cingari, chief market analyst at Capital.com, highlighted how oil has fallen 40% since its March peak, but said  its performance has been remarkably resilient given the current market conditions.

“The United States is desperately selling barrels from its strategic oil reserves, which fell to the lowest level since 1984. A Covid lockdown and an economic downturn occurred in China and Europe has most likely already entered a recession. Despite these extreme bearish pressures, WTI oil trades at twice its 40-year average of $40/bbl.

“We are still dealing with uncertainties in this market, and OPEC+ has become much more hawkish in cutting production. There is also much more cohesion among the countries in the cartel to stick with the decisions,” he said. 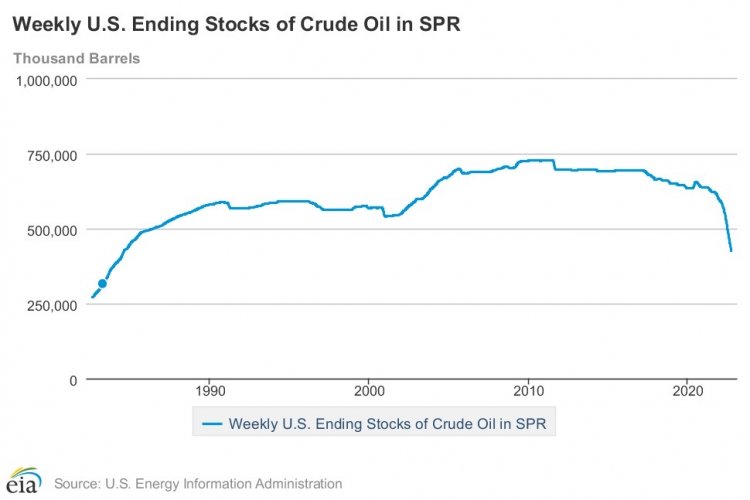 Cingari further noted that oil prices might still face some downside pressure given the economic backdrop. However,  he said the bad news seems to have been largely factored into the market already.

“Technically, the daily RSI briefly entered oversold territory on September 26 for the first time since December 2021. In the prior case, the daily RSI falling decisively below 30 provided a strong bullish signal for the beginning of the WTI uptrend in the first quarter of 2022,” Cingari added. 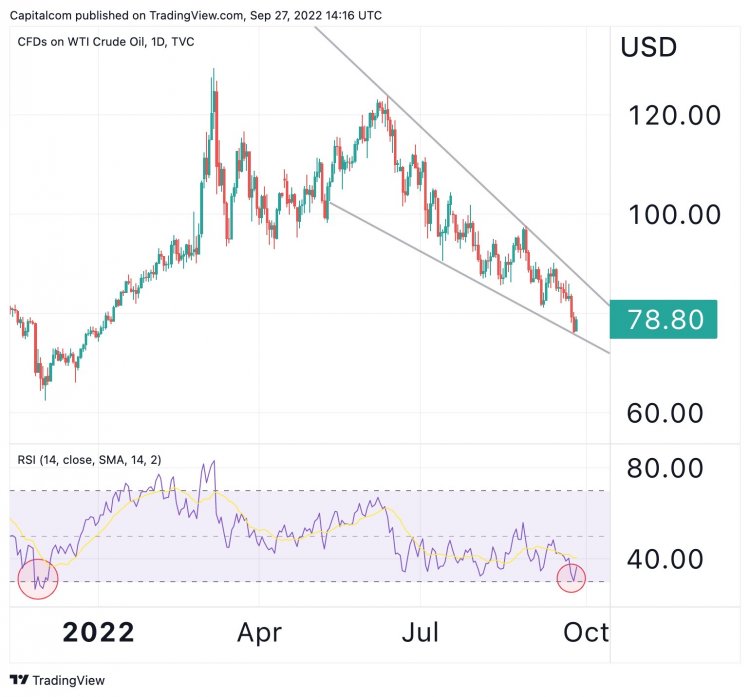