3SBio Inc. develops, manufactures, markets, and sells biopharmaceuticals. The company's primary products include TPIAO, a recombinant human thrombopoietin for thrombocytopenia; Yisaipu, a tumour necrosis factor for treating rheumatoid arthritis, ankylosing spondylitis, and psoriasis; and EPIAO, a recombinant human erythropoietin for the treatment of anemia associated with chronic kidney disease (CKD), chemotherapy-induced anemia, and reduction of allogeneic blood transfusion in surgery patients. Its primary products also comprise SEPO, a recombinant human erythropoietin for anemia associated with CKD and chemotherapy; Byetta/Bydureon, an exenatide injection to improve glycemic control in adults with type-2 diabetes mellitus; and Qiming Keli for retinopathy caused by type-2 diabetes. In addition, the company offers Ruisiyi to treat advanced breast cancer; Wanwei for treating vomiting caused by cytotoxic chemotherapy; and Intefen to treat lymphatic or hematopoietic malignancies and viral infections. Further, it provides Inleusin for renal cell carcinoma, melanoma, thoracic fluid build-up caused by cancer, and tuberculosis; Etanercept for moderate to severe rheumatoid arthritis and plaque psoriasis, and active ankylosing spondylitis; and Sparin for prophylaxis and vein thrombosis, and to prevent clotting during hemodialysis. Additionally, the company offers Mandi for male-pattern alopecia and alopecia areata; Aiyishu for iron-deficiency anemia; Disu to prevent and treat chronic bronchitis, colds, and asthma; Jiannipai to prevent acute rejection after renal transplantation; and Humulin for diabetes, as well as contract development and manufacturing, trading, project management and consultation, and technology services. The company markets its products through in-house sales and marketing team, as well as distributors and third-party promoters. 3SBio Inc. was incorporated in 2006 and is headquartered in Shenyang, the People's Republic of China.

Kick off: CHZ token down as World Cup continues and holders on FTX could receive compensation

FTX bankruptcy: Where has all the money gone? Exchange ponders options as funds run dry

Just a year before FTX’s slide into trouble, its revenue had increased by more than 1,000%

Who is Caroline Ellison? Alameda CEO is part of Bankman-Fried inner circle

Ellison is daughter of a professor at MIT, and lived with Bankman-Fried in Bahamas 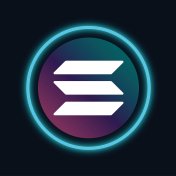 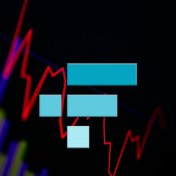 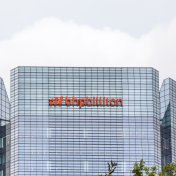