Chart of the day: EUR slips against safe-haven currencies USD, CHF and JPY

After further sanctions on Russia were imposed over the weekend, investors flocked to traditional safe-haven assets such as the US dollar (USD), the Japanese yen (JPY), and the Swiss franc (CHF).

The US, the European Commission (EC), France, Germany, Italy, the UK and Canada issued a joint statement on Saturday pledging to ensure selected Russian institutions are excluded from the SWIFT payment network.

It was also revealed that the Central Bank of Russia (CBR) would be subjected to restrictions that will prohibit it from deploying its international reserves.

Ursula von der Leyen, the President of the European Commission, said on Sunday that the CBR would be banned from transactions and that all of its assets would be frozen, thus compromising its ability to intervene in support of the rouble.

The United Nations Security Council (UNSC) decided on Sunday to convene an emergency special session of the General Assembly on Monday to discuss Russia’s invasion of Ukraine.

In reaction to Western sanctions, the CBR increased interest rates from 9.5 to 20%. The Russian rouble (RUB) tumbled, with the USD/RUB pair rising more than 20% to 104 at the time of writing.

The European Central Bank (ECB) today warned that Vienna, Austria-headquartered Sberbank Europe AG and its subsidiaries in Croatia and Slovenia are failing or are likely to fail “owing to a deterioration of their liquidity situation”.

All eyes are focused on the geopolitical situation as Ukraine and Russia are expected to meet to discuss negotiations today.

Although the exact time and location of the meeting remains unspecified, it is expected the meeting will be held along or near the Pripyat River, which forms a natural boundary between Ukraine and Belarus. 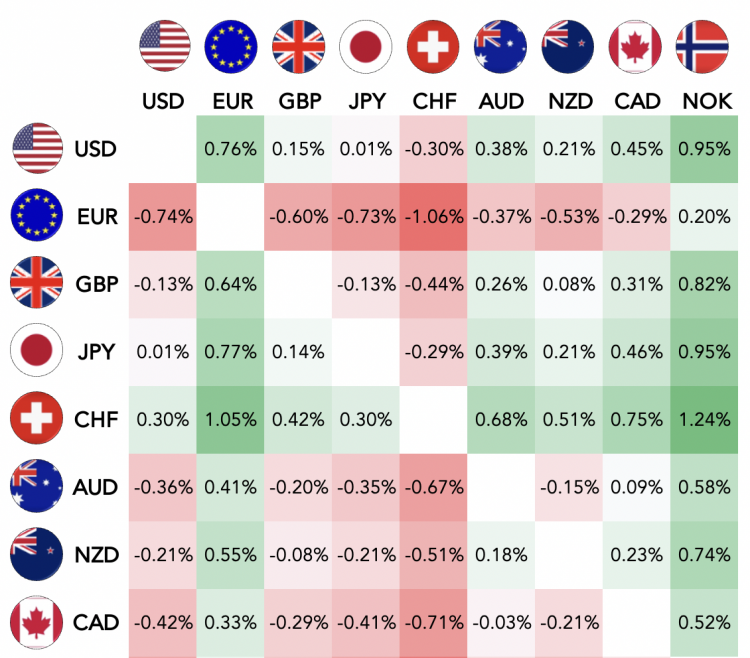 Chart of the day: EUR slips against safe-haven currencies USD, CHF and JPY 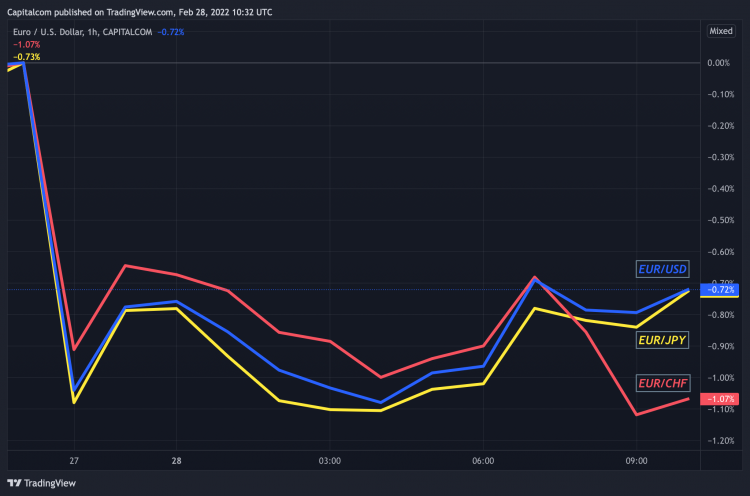 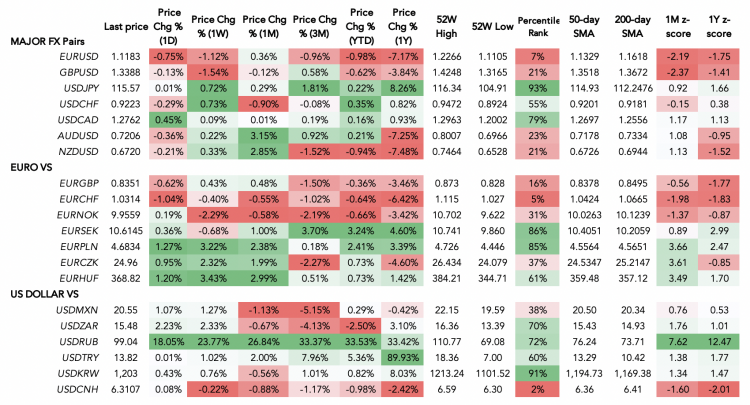 As Russia looks to evade sanctions, could crypto be used?