There are two key aspects of foreign exchange markets that any would-be trader needs to bear in mind.

The first is that they are definitely not for the faint-hearted. The second is that forex trading is a zero-sum game, in which every winner must be matched by a loser.

Imagine if equity markets worked that way. As shares in Ford edged up, for example, those in General Motors would have to fall by a corresponding amount. They don’t work like that, of course, and it is quite possible for all stocks to rise and fall at the same time. 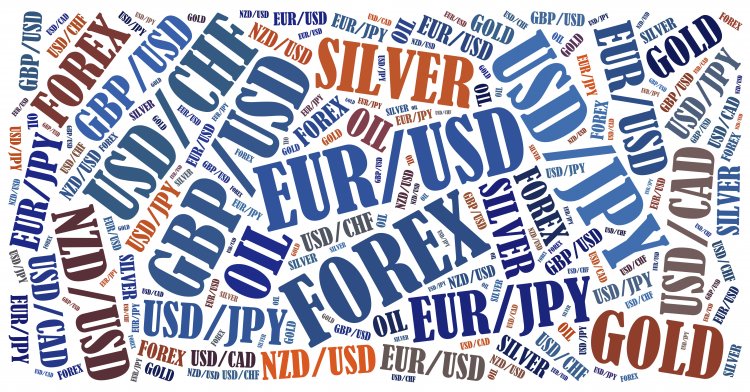 No prizes for second place

It is precisely because currencies are priced in relation to each other that forex is traded in pairs. This is the case even when someone is simply buying foreign currency in order to go on holiday, because they are trading in their own cash for that of another jurisdiction.

For traders in the forex market, the process is, first, to identify a pair that seems likely to prove profitable and then to take a position on the likely performance of the two currencies against each other. For example, an expectation that the euro is likely to appreciate against the yen would see a trade of “long euro/short yen”, betting against the Japanese currency.

But remember, unless the euro/yen rate settles into a permanent rut – highly unlikely, given the dynamic and restless nature of forex markets – this trade can prove to be only one of two things: right or wrong. This is a brutal market in which there are no prizes for coming second.

Before even thinking about the most profitable currency pairs, it is an excellent idea to establish an overview of the whole foreign exchange market. In all, there are nearly 200 currencies in the world and, other than those issued by closed societies, such as North Korea’s won, they are available to trade.

However, not all currencies are equal. Indeed, they fall into four categories, and understanding which is which is the key to successful forex trading.

The first category contains just one denomination, the US dollar. This is the anchor currency of the world monetary system. Famously, it is said that two-thirds of global trade is dollar-denominated, and 90 per cent of those trades are cleared in New York. This dominant position makes America’s currency quite unlike any other.

Next come the other major currencies, those that underpin the reserves of the International Monetary Fund (IMF). These are the euro, the yen, the Chinese yuan and sterling.

The third category comprises developed-nation currencies such as the Canadian, Australian and New Zealand dollars, the Swiss franc and many others. In the jargon, these are currencies for which “cross-rates” are available.

What this means is that a direct exchange rate is quoted on the forex market between each of these currencies, as, of course, it is for currencies in the first two categories. Should, for example, you wish to check the rate between the Canadian dollar and the Norwegian Krone, it’s there on the screen.

This distinguishes the third category from the fourth. Here, you will search in vain at your local bureau de change, or even major forex market, for cross rates for, let us say, the Tanzanian shilling or the Honduran lempira.

Instead, traders would need to access such denominations via a middle currency, swapping their money into this go-between denomination at current exchange rates and then using it to buy the currency they seek.

A jungle out there

In almost all cases, this middle currency is the dollar, bringing us full circle to the overarching role of the US unit.

For the adventurous, there may be something appealing about playing in this fourth category, with its semi-romantic suggestions of back-room money changers in Middle Eastern bazaars. But we are not looking for romance but profitability, so it will be in the first three categories that we will find the most profitable currency pairs to trade.

In doing so, we need to remember at all times that there is usually a trade-off between liquidity on one hand and profitability on the other. For example, the most liquid forex pair in the world is almost certainly dollar/euro.

Does that make it the most profitable pair? Almost certainly not. True, the price will fluctuate second-by-second as the great waves of supply and demand for the two giant currencies ebb and flow, but the chances are that seasoned professionals, using algorithmic trading, will snap up the profit generated by these price movements.

Much the same is true of trades in the other reserve currencies, the yen, yuan and sterling.

But this should not be read as a dismissal of the dollar as one half of a pair. Quite the opposite.

It is because of its solidity and its market dominance that the US currency can be seen as indispensable in constructing the most profitable pairs in forex. The trader can study a wealth of data covering previous trading patterns and take a view as to the likely next moves.

So if the dollar is on one side of the pair, what should be on the other? Profitable opportunities are likely to abound in pairing the dollar with currencies issued by advanced economies that are affected by different factors to those driving the US dollar.

One example would be the Australian dollar, still very much impacted by commodity-price movements. Another, from the other side of the world, is the Swiss franc, the “hardest” money in the world but, by deliberate policy, not a reserve currency.

Finally, the pairing of the US dollar and its Canadian namesake ought to unlock profitable opportunities.

Always remember, however, it is a jungle out there, one in which careful study of the currency pairs concerned is key to surviving and thriving.