Have you ever asked yourself “what is interest?”. The short answer to this question is that interest is a fee that is charged for the use of a second party’s money. For the lender, interest is the income that they will make from lending. For the borrower, it’s the cost of borrowing it.

The interest rates definitionis “the percentage of capital charged by a lender to a borrower for the use of assets”. Typically, interest rates are noted annually. This is known as the APR, or Annual Percentage Rate.

In its essence, interest is a charge to the borrower for renting or leasing and using an asset from the lender. The asset in question is usually money, but it could also be something else, such as consumer goods, a vehicle or even a building.

Where have you heard about interest rates?

You’ve almost certainly come across the term “interest rates” before, most likely in everyday dealings with your bank. An urban legend exists that Albert Einstein once described interest as being “the most powerful force in the universe”. Whether or not the famous physicist ever actually said this is uncertain, but the point is a powerful one. We see interest all over the place. In our personal current accounts, interest is the money that the bank pays us to “borrow” our money. If you’ve ever taken a loan, there will have been interest on the money you borrowed. Interest rates are all over the news and regularly mentioned in the financial pages, especially when central banks decide to make interest rate changes to influence fiscal policy in order to control inflation.

What you need to know about interest rates…

The history of interest

The concept of interest can be traced back to early Mesopotamia, ca. 3000 BC. At this time, the lending of “food money” was common and it was argued that because seeds and livestock (which were acquired using the food money) could reproduce themselves, some form of interest was necessary to compensate the lender. By the early 2ndmillennium BC, the Laws of Eshnunna were instituted. These laws were essentially an acknowledgement that the silver exchanged for grain or livestock was not able to reproduce itself. Thus, the world’s first legally enshrined interest rate was born.

For many years interest, or usury as it was then known, was forbidden according to Jewish law, by the Catholic Church and by most forms of Islam. St. Thomas Aquinas argued that the charging of interest was wrong because it amounted to “double charging”. During the Middle Ages, loans were usually taken out as a result of necessity (bad harvests, fires, diseased crops or livestock etc.) and thus it was considered to be morally reprehensible to charge interest in such conditions.

However, by the Renaissance era society began to look at money differently, due to greater mobility, both social and geographical and the resulting increase in commerce. Loans were no longer needed solely because of a disaster but also required by entrepreneurs to embark upon new ventures. As such, the lending of money and charging of interest began to happen more frequently.

In 1847, the Banque de France was the first bank in the world to attempt to make interest rate changes by manipulating the money supply.

There are several different types of interest rate, outlined below.

The nominal interest rateis an amount of interest that is based on the original principal (the loan or amount of savings deposited):

For example, if £100 is deposited in a bank account and it earns 2% of interest annually, then after one year there will be £102 in that account. The same principle applies when money is borrowed. A loan of £100 with a nominal interest rate of 2% per annum means that after one year, £102 will be owed to the bank.

This is a very simple example and it doesn’t account for payments, deposits or withdrawals.

The real interest rate is an interest rate that has been changed so that the effects of inflation are taken into account, and it reflects the real costs to the borrower and the real gains to an investor or lender. It describes the rate of interest that a lender, saver or investor expects to receive after allowing for inflation:

The real interest rate reflects the changes, or expected changes, in the purchasing power that derives from an investment based on changes in the rate of inflation. When you take out a loan, the nominal rate is generally the one that is advertised by the bank or institution that is backing it.

Interest rates are set by a country’s central bank and are one of the main driving forces behind economic growth. In the UK, the Bank of England is responsible for this. In the US, it’s the Federal Reserve. Central banks make interest rate changesto stimulate, slow down, or influence the economy. During an economic downturn, fewer people are willing to take out loans. This is turn leads to efforts on the part of commercial banks to put their money “on sale” and drop the rate of interest charged.

Interest rates make taking out a loan more expensive and when they are set high, fewer people or businesses can borrow. This, in turn, lowers the amount of available credit to pay for purchases and therefore consumer demand slows down. It does, however, encourage people to save because they will receive a higher return on their savings. High interest rates also mean that less capital is available for businesses to be set up or expand.

When interest rates are set low, it has the opposite effect on an economy. When savers discover that they are receiving less interest on their savings, spending tends to go up. Some people will turn to slightly riskier investments with higher returns, which in turn drives up stock prices. When interest rates are low, business loans become more affordable, encouraging expansion and creating new jobs. Low interest rates can, however, lead to higher inflation, which then tends to result in interest rates increasing again.

For example, in the 1970s the US Federal Reserve, in an attempt to reduce unemployment, “loosened” the supply of money. This resulted in a rate of inflation that averaged around 10% between 1974 and 1981. The Fed’s response to this high inflation was to take money out of circulation by selling their government bonds, thus reducing the money supply. The result of this was a huge interest rate change from around 5% in 1976 to more than 14% in 1980 because the demand from consumers and businesses was far higher than the amount of money available to banks to loan out. 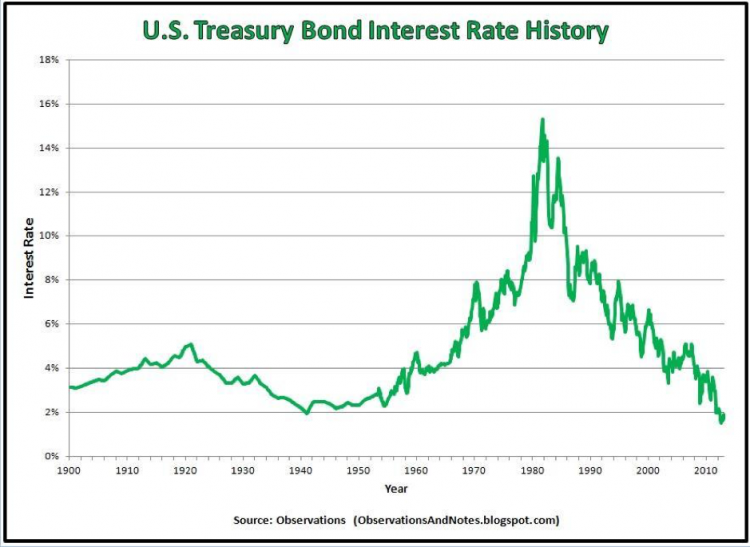 Find out more about interest rates.

The BBC has an excellent interactive video that explains interest rates in a UK context.

What is inflation? Originally, the term "inflation" was used to describe an increase in the... 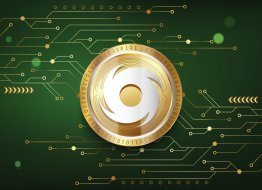 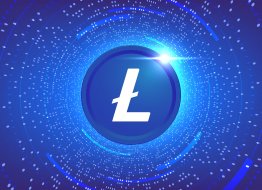 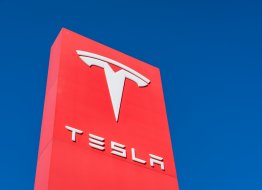 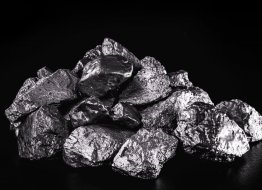