Since the start of the year, gold has been the beneficiary of a softer USD environment, lower yields as markets price in smaller rate hikes from the Federal Reserve. Alongside an increase in central bank demand, most notably from the PBoC. Add this to the fact that seasonal factors are supportive of the precious metal it is understandable why gold is currently on its longest weekly winning streak since August. 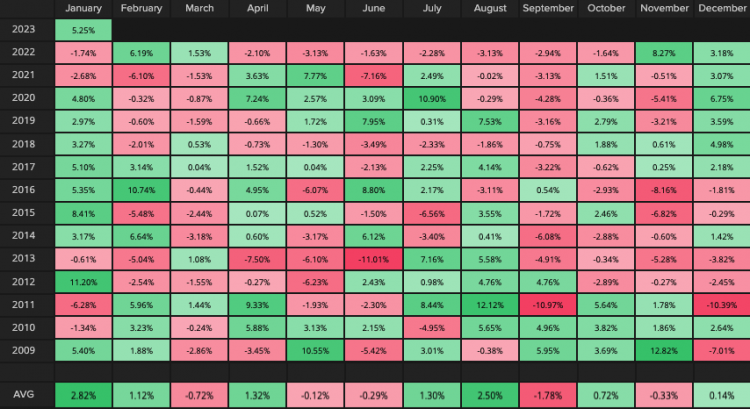 However, on the technical front, there are some reasons for caution where chasing gold higher from current levels is unattractive. On the daily time frame, the RSI is in heavily overbought territory, meanwhile, on the weekly chart, the RSI is at the highest level since gold last traded above 2000 (March 2022). With this in mind, this does raise the short-term risk of a potential correction lower. As such, the first noteworthy area of support lies at 1880 in which a break below opens the door towards 1830-35. 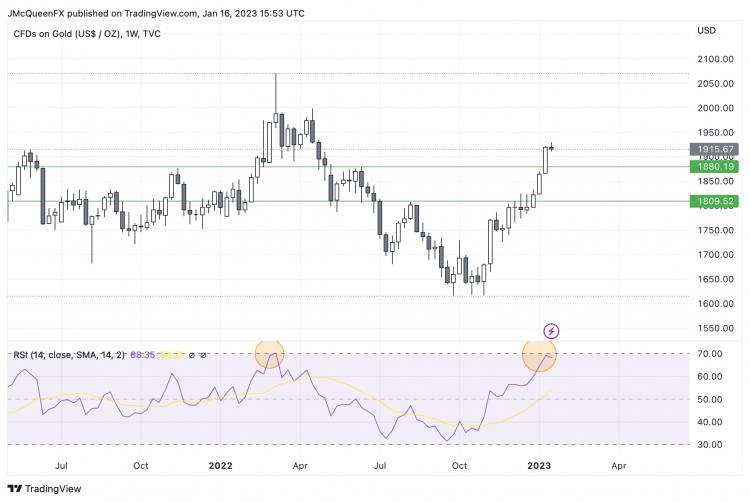 That being said, as the soft-landing narrative picks up with US (hard) data remaining robust, while growth prospects improve for the rest of the world amid the reopening of the Chinese economy. There has been a lack of impetus to pushback against this rally in the precious metal. Although, there could be a potential surprise in store, should we see further normalisation steps by the Bank of Japan, which is this week’s key risk event. After recent reports that the BoJ will discuss the side effects of stimulus at the January meeting, speculation over another tweak in policy has increased sharply. A further widening of the band is a distinct policy as rising yields have forced the bank to go on a record bond-buying spree in recent sessions, but a complete removal of yield curve control would be a shocking surprise. And one that would likely prompt a pullback in gold.

Natural Gas 2.777
Trade
+2.900%
Oil - Crude 79.28
Trade
+1.730%
Gold 1926.56
Trade
+0.160%
Oil - Brent 85.61
Trade
+1.370%
Silver 23.698
Trade
+0.360%
The difference between trading assets and CFDs
The main difference between CFD trading and trading assets, such as commodities and stocks, is that you don’t own the underlying asset when you trade on a CFD.
You can still benefit if the market moves in your favour, or make a loss if it moves against you. However, with traditional trading you enter a contract to exchange the legal ownership of the individual shares or the commodities for money, and you own this until you sell it again.
CFDs are leveraged products, which means that you only need to deposit a percentage of the full value of the CFD trade in order to open a position. But with traditional trading, you buy the assets for the full amount. In the UK, there is no stamp duty on CFD trading, but there is when you buy stocks, for example.
CFDs attract overnight costs to hold the trades (unless you use 1-1 leverage), which makes them more suited to short-term trading opportunities. Stocks and commodities are more normally bought and held for longer. You might also pay a broker commission or fees when buying and selling assets direct and you’d need somewhere to store them safely.
Capital Com is an execution-only service provider. The material provided on this website is for information purposes only and should not be understood as an investment advice. Any opinion that may be provided on this page does not constitute a recommendation by Capital Com or its agents. We do not make any representations or warranty on the accuracy or completeness of the information that is provided on this page. If you rely on the information on this page then you do so entirely on your own risk.