News and Analysis News Commodities Gold price analysis: Is the precious metal about to enter a bear market?

Gold price analysis: Is the precious metal about to enter a bear market?

After falling 20% from its March 2022’s peak, gold is trading on the verge of a bear market.

Many traders are wondering whether the precious metal will enter a deep bear market phase as the Fed continues to raise interest rates, or if the drawdown phase seen thus far has reached a bottom as the economy slows.

The Federal Reserve's rate hikes have exerted substantial downward pressure on gold this year, but not as much as would be predicted by real rates. Using US 10-year real yields as a guide, the price of gold should have been between $1100 and $1300 per ounce.

Despite everything, and we're talking about 325 points of rate hikes with another 125 on the way before the end of the year, gold has held up relatively well in comparison to other major assets, excluding the dollar, of course. Gold’s year-to-date performance was superior to both the stock and the bond markets.

Some factors have prevented a significant drop in gold prices, and they all point to rising economic and geopolitical uncertainties. Gold is the asset of fear; its value tends to increase during times of turmoil, when everything else is in disarray.

Thus, are we approaching a painful economic phase in which precious metals regain their lustre? 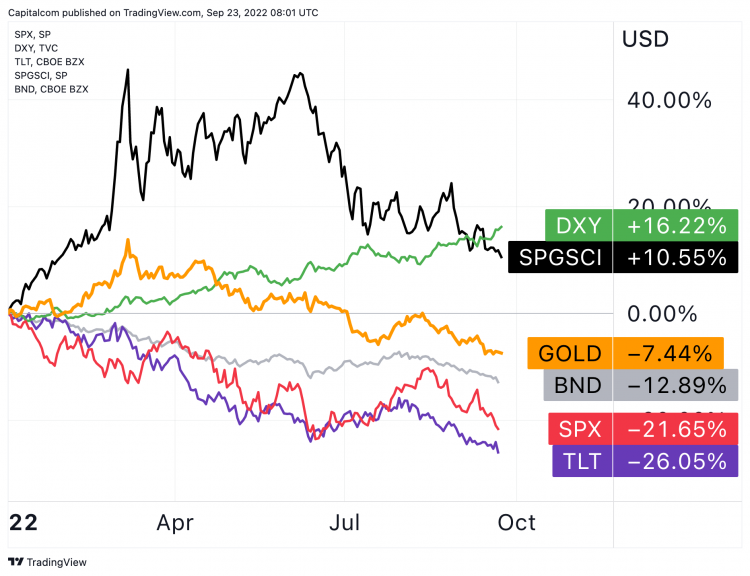 When compared to other major assets, the precious metal outperformed both the bond and stock markets.

Gold is wounded but not killed by US real yields 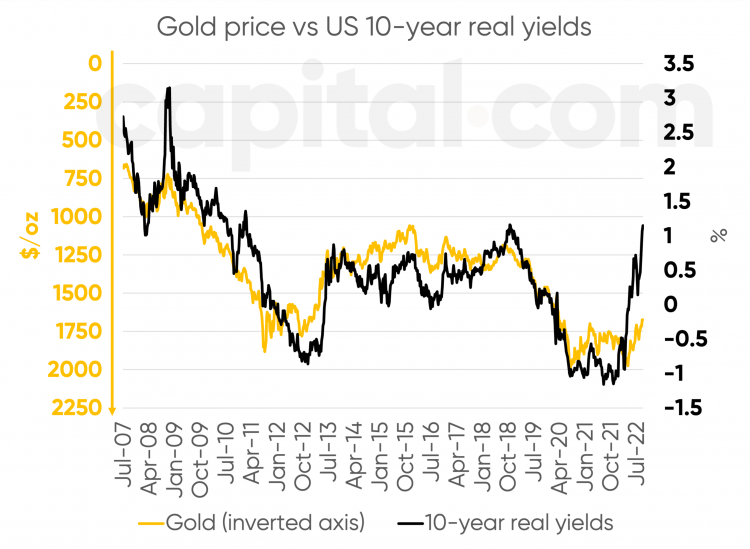 Given where real rates are now and how they have risen since the beginning of the year, gold should have lost much more than it has.

The strong inverse relationship between gold and US 10-year real yields suggests that the metal could trade in the $1100-1300/oz range.

So, why has gold held up so well in comparison to where real yields are now?

A war has erupted in Ukraine, an inflation and energy crisis is wreaking havoc on Europe, equity markets are in decline, and the Federal Reserve has delivered massive policy tightening in just a few months. Is there anything else to say about today's uncertain global economic backdrop? 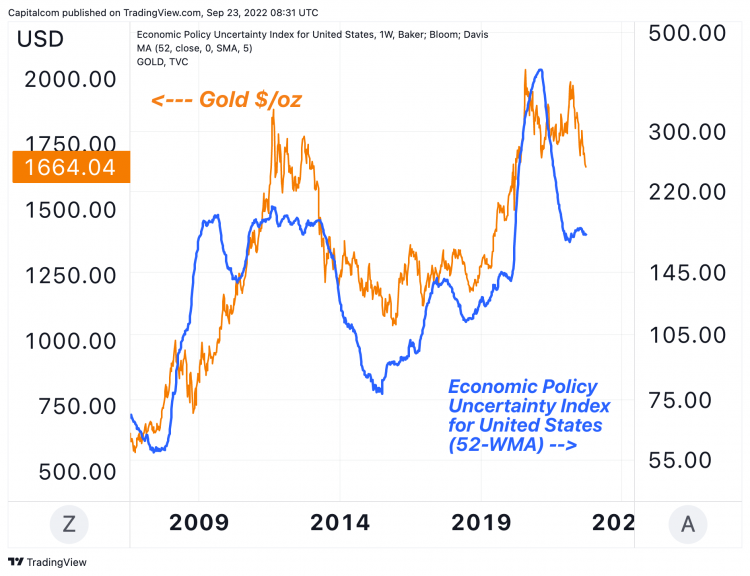 When economic fears rise and spread across global markets, gold serves as a safe-haven shelter.

Gold prices appear to track and move in lockstep with the trend in the US Economic Policy Uncertainty index.

The Economic Policy Uncertainty index for the United States is derived by monitoring the economic and policy uncertainty terms used in the country's most popular news newspapers.

When the Economic Policy Uncertainty index starts an upward trend, the price of gold tends to strengthen, and vice versa.

The Federal Reserve's latest economic projections show growth falling to 1.2% in 2023 (from 1.7% in June), the unemployment rate rising to 4.4%, core PCE inflation remaining above target until 2025, and interest rates reaching a peak of 4.6%. 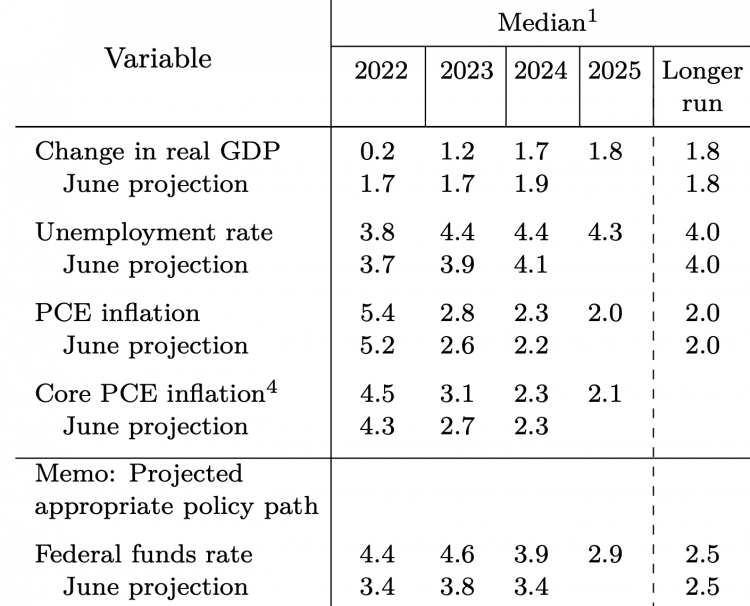 In his last press conference, Jerome Powell described the path to return inflation to 2% as "painful."

It's a scenario that could foreshadow a "hard landing" for the American economy, with growth well below potential, rising unemployment, and lower real incomes due to sticky inflation.

If the stock market is destined for further declines, gold may be viewed as the best hedge entering a period of economic contraction. 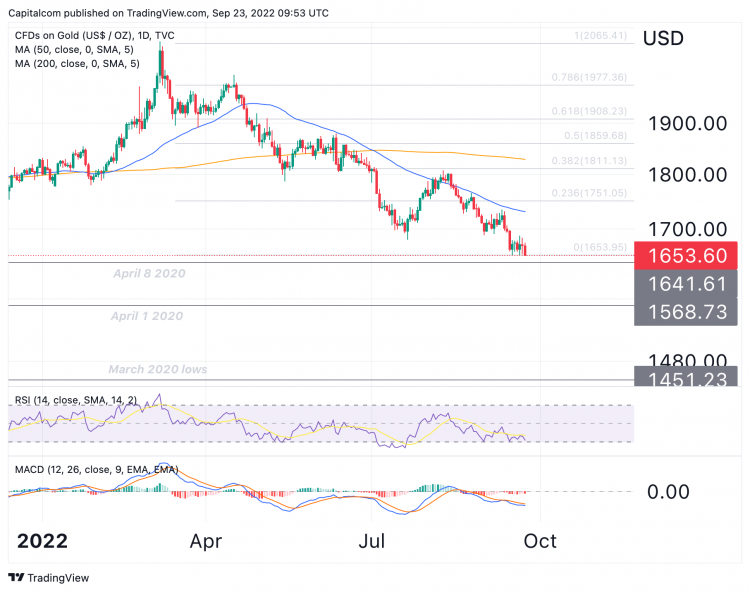 Technically speaking, the situation is still quite bearish and a trend reversal does not occur overnight.  The RSI is pointing downward, the MACD is below the zero line and recent bullish crossover attempts have failed.

The price action indicating that the bears' advance is being stopped by bull support at $1,653-1,660 area is the only encouraging sign this week.