Will the Fed turn dovish after July's CPI? Unlikely...

The dollar (DXY) fell sharply during the New York morning session as July's US inflation rate stalled compared to the previous month, while rising 8.5% year-on-year but falling short of expectations (8.7%). This caused market participants to reevaluate the Federal Reserve's projected rate hikes, with Fed rate futures now indicating a 62.5% chance of a 50-basis-point hike in September, up from 32% yesterday.

The dollar index (DXY) slipped below 105 for the first time in over a month, as US Treasury yields fell markedly on rising expectations of a more dovish Fed. The 2-year Treasury note's yield fell by 15 basis points on the day to 3.11%, while the 10-year yield dropped to 2.72% (-6 bps).

The US dollar fell by at least 1% against each of the G-10 currencies on the day. The yen (JPY) outperformed, rising 1.5% on the day as expectations of lower Fed hikes narrowed the rate differential between Treasury yields and Japanese government bonds. 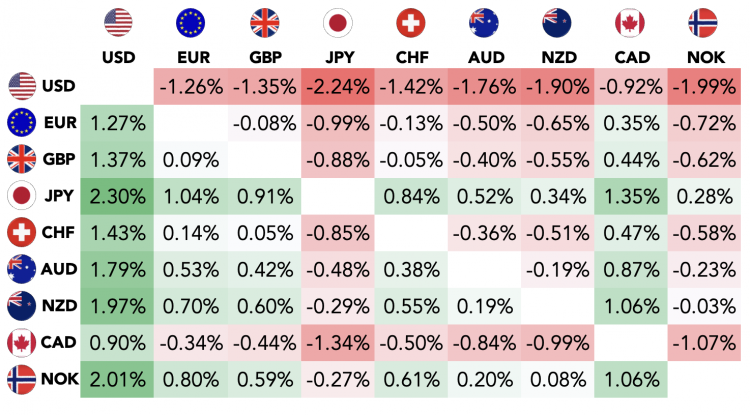 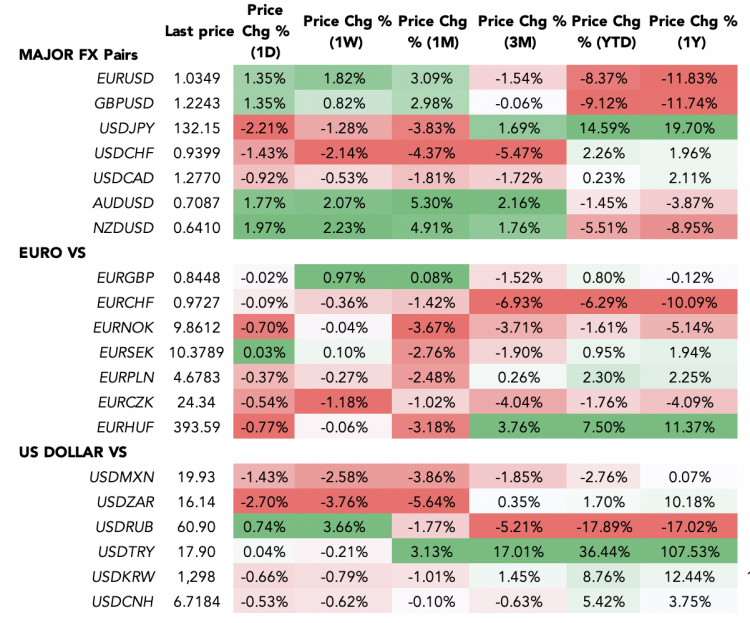 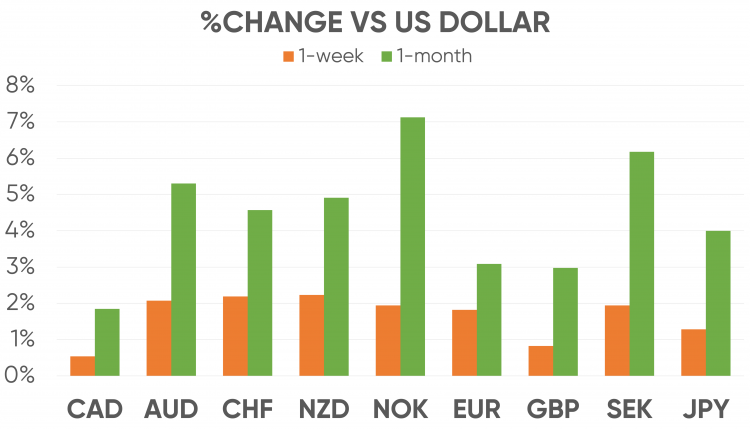 Weekly and monthly %change of major currencies vs US dollar as of August 10, 2022 – Photo: Capital.com

Weekly and monthly %change of major currencies vs US dollar as of August 10, 2022 – Photo: Capital.com

Will the Fed turn dovish after July's CPI? Unlikely... 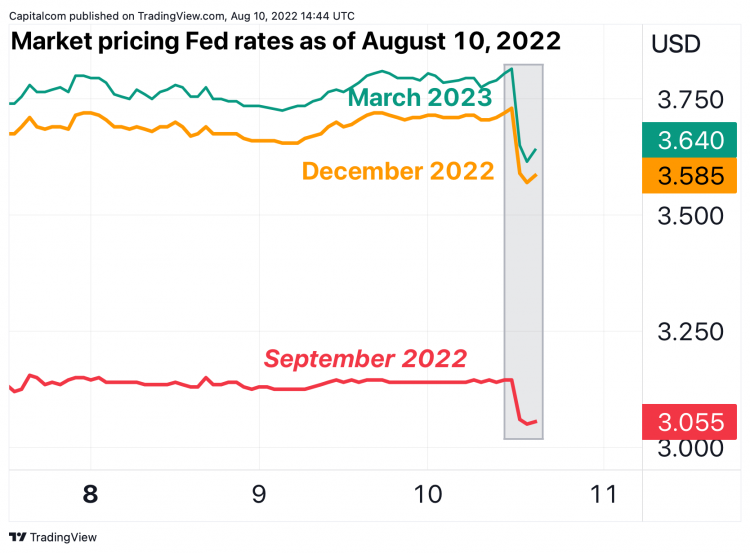 Following the release of the July US CPI report, traders have reduced their expectations for future interest rate hikes, with the September '22 Fed futures rate now pointing to 3.05%, implying a higher probability of an increase of 50 basis points instead of 75 basis points. By the end of the year, the Fed funds rate is expected to be around 3.5-3.6%, with rate hikes ceasing there.

The market believes that inflation has peaked and is now beginning to fall, which is exactly what the Fed wants to see. However, a closer examination of the CPI report reveals that inflationary pressures in non-energy items remain high.

Inflation excluding food and energy increased 5.9% over the past year, the same rate as the period ending in June. The shelter index remains one of the primary drivers of inflation, having increased by 5.7% over the past year and accounting for approximately 40% of the total increase in core inflation.

This pattern does not support a rapid return of inflation to the 2% target. Therefore, it may be premature to predict an imminent end to the Fed's rate hikes. 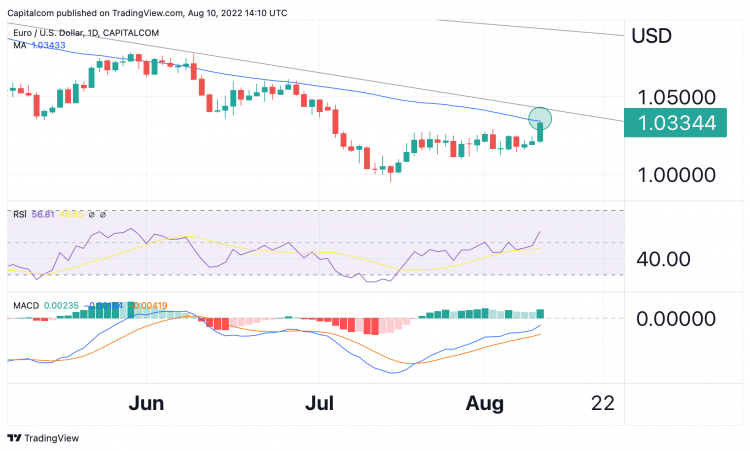 Following the release of US July inflation report, EUR/USD surged above 1.03 levels, breaking the 1.028-1.029 resistance zone that had been holding since July 20. The pair hit an intraday high of 1.034 at the 50-day moving average (dma), where a slight pullback then occurred.

The daily RSI also shot up above 50, which hadn't happened since June 8. The EUR/USD price action is currently testing the 50-dma resistance, which has been a tough stumbling block for the pair this year. Between May and June, the pair attempted to breach it, but the momentum did not follow upwards, and prices fell back again below the 50-dma.

A close above 1.034 would increase the likelihood of a 2022 bearish trendline test at 1.042. However, if bears were to reappear in that region, a pullback towards the support at 1.025 (August 5 highs) could occur.