Ethereum to Yen: trade ETH to JPY pair and track its real-time price

Ethereum to Yen is a crypto-to-fiat pair that matches the world’s 2nd most valuable cryptocurrency, Ethereum (ETH), as its base with the 3rd most traded currency in the world, the Japanese Yen, as its counter currency. The value of ETH/JPY reflects how many yens can be bought with one ETH, or how many yens it takes to buy one ETH.

According to various sources, the Japanese Yen accounts for nearly 20 per cent of the world’s daily forex trading volume, due to the fact that Japan is the third largest economy in the world by GDP and one of the most developed countries in the globe.

Japan is also a highly diversified economy and the Bank of Japan administers foreign exchange reserves of over $1.3 trillion, making it the country with the 2nd largest reserves in the world.

The value of the yen against other major currencies has been a bit volatile since the beginning of 2020, even though it reacted positively during the coronavirus sell-off of February, showing the strength of the Japanese economy and the degree of confidence that investors have put into the country’s economic stability.

Nevertheless, this volatility may continue throughout the year, as the true economic fallout of the outbreak progressively unravels. This situation makes the ETH/JPY an interesting pair that traders can profit from by analysing potential upcoming fluctuations in the value of JPY, based on how world trade reacts and how the Japanese economy responds.

Meanwhile, Ethereum has gained its place among the kings of the cryptocurrency market, with a market capitalisation that has exceeded the $20 billion mark.

Ethereum was initially introduced by its creator, Vitalik Buterin, in 2013, yet its official launch took place in 2015. This cryptocurrency rapidly gained popularity as its underlying blockchain-based technology provides a feature known as ‘smart contracts’.

Nowadays, Ethereum has also been adopted by online gaming platforms as a regular payment method to conduct transactions in virtual arenas and this has significantly contributed to increasing its demand.

Traders can profit from price swings in both of the currencies that form the ETH to JPY pair by anticipating potential directional shifts in their individual value and traders can take either long or short positions in ETH/JPY by using a Contract for Difference (CFD).

Japan’s massive $5 trillion economy relies heavily on domestic consumption for its growth, which makes the yen significantly more stable compared to currencies of countries that depend on trade to fuel their economies.

That said, the fact that exports account for approximately 15 per cent of the country’s GDP still put Japan at a sensitive position in case the demand for its goods declines as a result of a global economic slowdown, especially from the US and the European Union, both of which have been hard-hit by the health emergency.

Traders can benefit from ETH/JPY price swings by taking long or short positions on this crypto-to-fiat pair using Capital.com’s proprietary trading platform which features a real-time price chart and changes a zero per cent commission on trades. 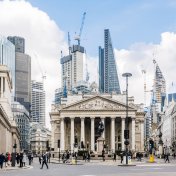 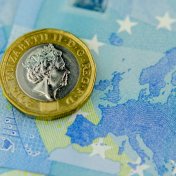 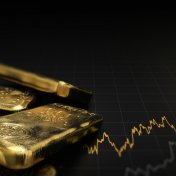