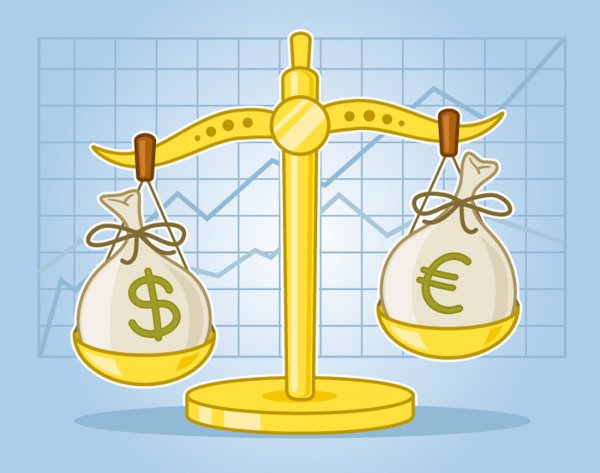 What is currency pair?

Looking for a currency pair definition? A currency pair is when the currencies traded on the forex market have a quotation and pricing structure (for example the valuation of a currency) that's determined by comparing it to another company. In currency trading, the currency that is listed first (the reference) is called the base currency, and the currency listed second (the relation) is called the quote currency. The currency pair itself demonstrates the amount of the quote currency needed to buy one unit of the pair’s base currency. Each forex trade has a concurrent purchase of one currency and a sale of another, but the pair is to be thought of as a singular unit, an individual instrument that is sold or bought.

Where have you heard of currency pair?

The currency pairs that are the most highly traded in the world are called the major currency pairs. These include the currencies of the euro, the Japanese yen, the U.S dollar, the pound, the Australian dollar, the Canadian dollar and the Swiss franc. The total amount of currency pairs in existence changes as various currencies come and go. Every individual currency pair is categorised in relation to the measure of volume that is traded daily for every pair. All major currency pairs have extremely narrow spreads and have liquid markets that trade all day, for every business day of the year. In foreign exchange reporting and market trading, the major currency pairs are usually referred to by nicknames instead of their symbolic nomenclature. They are often evocative of national or geographic associations for example, GBP is referred to as quid, while the name Aussie is used for AUD.

What you need to know about currency pairs...

These are pairs that are not usually associated with the USD. When currency trading, these currency pairs all have larger spreads and a lower amount of liquidity than the majors, but they are liquid markets nonetheless. Minor currencies are usually paired with the USD. If a quote is paired with any other currency that isn't USD it's referred to as a currency cross (or in some cases, just crosses). The currency crosses that are most common are EUR/JPY and GBP, but these may be paired with other currencies. Most of the rates are devised universally by taking the primary currency rate against the USD and multiplying or dividing the second currency’s rate against the USD. Occasionally, the base currency can also refer to the currency of a bank or company – most of the time their domestic currency. For example a British owned bank may use GBP as their base currency when accounting as all profits and losses would eventually be converted to sterling. On the occasion that a EUR/USD position is closed with a profit in USD by a British bank, then the rate to base will read as GBP/USD rate. This vagueness leaves a sizeable amount of market participants to use the expressions currency 1 (CCY1) and currency 2 (CCY2). An individual unit of CCY1 will equal the quoted number of units of CCY2. Currency pairs that are considered exotic are those from the emerging markets. An example would be USD/HKD.

The graph below illustrates the global currency exchange turnover by currency pair. This chart illustrates the distribution by currency pairs.

These pairs are traded in fixed contract sizes, named lot sizes, or multiples of them. The usual lot size is 100,000 units of the pair’s base currency. It's common for retail trading firms to also offer a mini lot of 10,000 and a few even offer a micro lot of 1,000. The formally quoted rate is called a spot price. However, when trading currencies on the market they are allotted for sale at an offering price also known as the ask price. Traders who want to buy a position do this at a bid price and this is always lower or at least equal to the asking price. The price difference is referred to as the spread. For example, if the quotation for EUR/GBP is 1.3602/1.3604 then the spread of the GBP is 0.0002 or 2 pips.

Usually, markets with higher liquidity have smaller spreads than markets that are traded less often. A spread that is offered to a retail customer with an account at a brokerage firm instead of a large international forex market maker is wider and differs between brokerages.

Brokerages usually raise the spread they receive as compensation for their service instead of a transaction fee. For example, if EUR/USD is traded at a quotation of 1.44 then the buyer of the euro will have to pay 1.44 USD. Contrarily, a trader selling 1 Euro will receive 1.44 US dollars (providing there's no FX spread). A forex trader would purchase a EUR/USD pair if they believed in the increase in the euro over the U.S dollar – this is called going long on a pair. If they were to sell this pair, it would be called going short on a pair. This would happen if they thought the value of the euro would go down in proportion to the U.S dollar. A currency pair is always shown one way, as opposed to both, for the purpose of the trade. You would purchase a pair if the first position was bullish and sell if the first position was bearish.

Where can you find out more about currency pairs?

Our glossary has a lot of information on subjects related to currency pairs and the stock market in general. You could take a look at our definition of the Foreign Exchange Market or take a look at ISO Currency Codes. If you are interested in finding out more about the ins and outs of currency pairs, Jelle Peters’ book ‘Forex For Ambitious Beginners: A Guide to Successful Currency Trading’ is a fantastic place to start. ‘The Simple Strategy – A Powerful Day Trading Strategy for Trading Futures, Stocks, EFT's and Forex’ also has an in-depth section on pairs.