A major chip maker’s stock has plunged as it lowered its earnings guidance on slower global demand for consumer products.

“There are consumer demand and inventory-related headwinds impacting the industry and consequently our fiscal Q4 outlook,” Micron’s president and CEO Sanjay Mehrotra said in a statement.

Micron Technology (MU) stock is down 10% for the past week and is down 44% for the year to date.

“The bottom line is to buy shares when fundamentals weaken and estimates get cut sharply. Especially when a specific company's shares trade closer to [book value],” BMO Capital analyst Ambrish Srivastava wrote in a note.

“And while there is likely one more shoe to drop (weakening data centre demand) this is quite close to a capitulation.”

The BMO analyst rates the stock at "Outperform".

“We are maintaining our $90 fair value estimate and we think shares of Micron are undervalued,” Morningstar analyst Abhinav Davuluri wrote in a note. 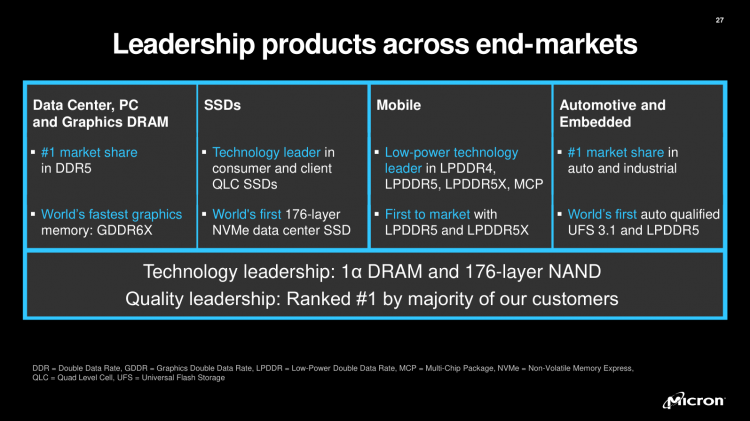 Unlike many other major tech companies which are based in Silicon Valley, Micron is based in Boise, Idaho, a US state better known for potato chips than microchips. 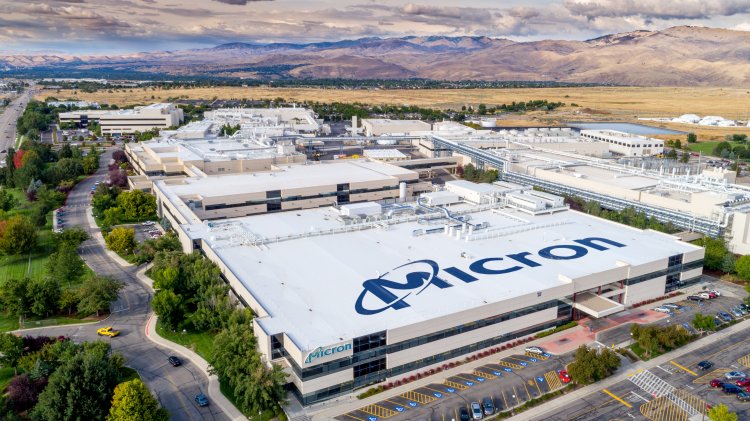 What is your sentiment on MU?

Give MU a try

The orders were made with Taiwan Semiconductor Manufacturing (TSM), a major third-party maker of chips used in smartphones, laptops and cars.

For its earnings outlook, Micron said revenue for the next quarter would be down by between $1.5bn to $2.3bn amid continuing COVID restrictions in China and slower consumer demand.

“Consumer markets have been impacted by the weakness in consumer spending in China, the Russia-Ukraine war, and rising inflation around the world,” Micron’s CEO added. 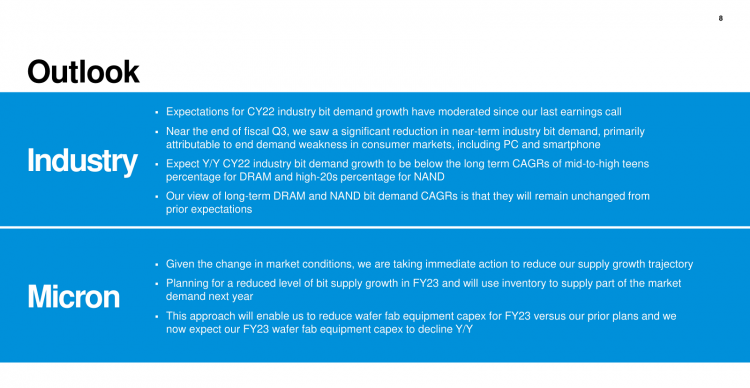 The Micron CEO pointed out on a conference call that the industry’s biggest customer group – data centres — is cutting back.

“Despite the strong end demand, we are seeing some enterprise OEM customers wanting to pare back their memory and storage inventory due to non-memory component shortages and macroeconomic concerns.”

Merhotra said that “a number of factors have impacted consumer PC demand” with 2022 PC sales now expected to decline by nearly 10%, compared to an industry and customer forecast of roughly flat sales made at the beginning of the year. 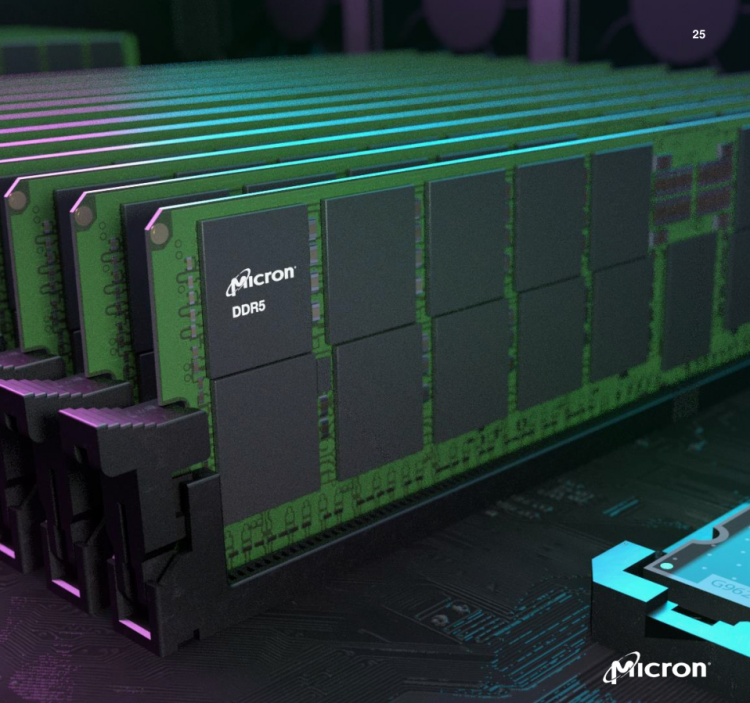 The company said demand for smartphones was also falling, with a “mid-single-digit” decline expected this year, below prior industry expectations of mid-single-digit growth.

Investors will get more insight into the chip industry when Intel and AMD report second-quarter earnings in July while Nvidia will post earnings in August.

Semiconductor stocks: Is the chip dip an opportunity?