As the European Central Bank (ECB) lifts the limits on payments it imposed during the coronavirus pandemic, could 2022 see bumper returns for investors? Read on for the latest BNP Paribas share-price forecast.

The past five years saw significant share-price volatility for BNP Paribas’s stock. In January 2018, the BNP Paribas share price reached a five-year high of around €68 – but this proved short-lived.

On 26 January 2018, BNP Paribas pled guilty to an antitrust conspiracy in an ongoing US foreign currency investigation, agreeing to pay a $90m criminal fine. The share price dipped almost 8% over the week following the news announcement, and the bear run continued for the rest of 2018. By the close of the year, the stock was down around 40% from its January high.

But spring 2021 brought green shoots of recovery to the BNP Paribas stock. In February 2021,the company announced ‘resilient’ full-year results, and in April 2021, it released further positive first-quarter results. The BNP Paribas share price increased by over 40% between late January and late May 2021, when it peaked at around €57. 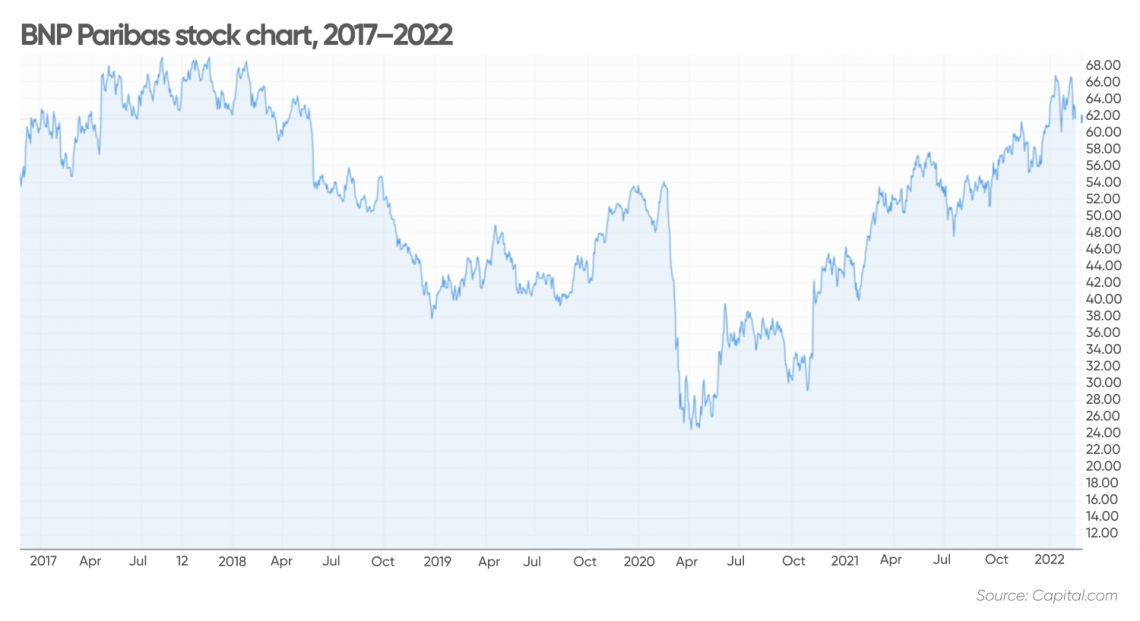 The share price fluctuated over the rest of the year, and was sitting at €56.17 on 20 December 2021 when the bank announced that it was planning to sell its US retail and commercial banking arm, Bank of the West, to BMO Financial Group for $16.3bn.

What is your sentiment on BNP?

Give BNP a try

Technical analysis for the BNP stock shows that in the past five years, the relative strength index (RSI) experienced significant fluctuations, with the past three months being particularly volatile.

Following December’s Bank of the West announcement, the RSI for BNP Paribas stock pushed above 70, and it went on to breach this threshold on six further occasions between 21 December and 14 January. A move above 70 in the RSI signals that a stock is overbought and overvalued, and is due a price correction.

Between 20 and 24 January 2022, the RSI plummeted, falling as low as 16.25 as the BNP Paribas share price dipped. With a move below 30 in the RSI suggesting that a stock is oversold and undervalued, these figures indicated an upward price correction was due.

Following positive results released on 8 February, the RSI again breached 70 on 10 February, before tumbling back below 30 on 14 February. Despite this significant volatility, the RSI for BNP Paribas is currently neutral at 47.57, signalling that the share price is no longer due a corrective pullback.

The bank also pledged to increase its shareholder returns in light of this income growth, and said it would propose a €3.67-per-share cash dividend, equivalent to a 50% pay-out ratio in cash of 2021 results, at its May annual general meeting (AGM).

These results come at a time of ‘returning returns’: many banks are offering ‘catch up’ dividends as the ECB lifts the limits on payments it imposed during the coronavirus pandemic.

According to the European Banking Authority, European banks paid less than €8bn in dividend-payment buybacks in 2020, a payout ratio of 9% based on 2019 earnings. This was far lower than the average pay-out-ratio of 59% in 2015–2019, and the report states that “in 2021, many banks expect to make up for deferred dividend payments in 2020”.

“Dividends and share buybacks are expected to increase significantly over the next two to three years, with some banks expected to return 50% of their market caps over that period. If rising interest rates lead to higher profits, there could be additional upside to these payments,” Andrew Lyddon, fund manager, equity value at Schroders, told Capital.com on 8 February.

Rate hikes on the horizon?

Banks typically stand to benefit from higher rates, with profits increasing as they take advantage of the spread between the interest they can earn themselves and the lower rates they can pay to customers with savings accounts. After years of negative rates, could a rate rise finally be on the horizon?

In an 11 February briefing note shared with Capital.com, analysts at Oxford Economics argued that “worries about inflation are high enough for the ECB to accelerate its tightening path”. They added: “We now expect faster tapering, a hike in the deposit rate in December and another in March next year.”

If the hike materialises, it could spell good news for BNP Paribas’s profitability, but doubt remains as the “complex inflation outlook means the speed and scale of policy tightening remains very uncertain”, according to the analysts.

As low interest rates continue to squeeze margins, so do rising costs. BNP Paribas’s full-year results revealed that operating costs rose by 4.9% over the fourth quarter, and were up by 3% over the year.

The bank attributed this to “business development and targeted investment”’, including exceptional IT reinforcement costs and implementing staff safety measures due to the pandemic.

With European inflation hitting 5% in January this year, rising prices could fuel cost pressures into 2022. 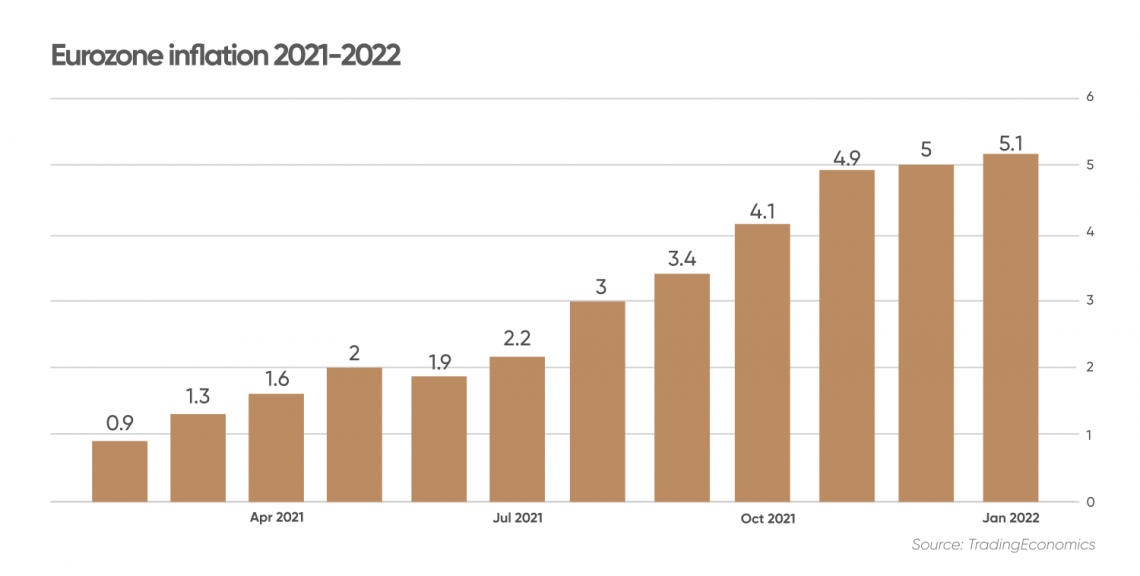 According to data from MarketBeat, BNP Paribas stock was rated a ‘buy’ at the time of writing (17 February), based on recommendations from 10 analysts.

BNP Paribas’ full-year results on 8 February triggered a burst of analyst activity. Eight analysts revised their price targets in light of the results, with seven revisions representing an upside on the report date’s share price.

Flora Bocahut, senior equity research analyst at Jefferies Financial Group, was the most bullish on the stock, setting a price target of €79 on 15 February – a 20.26% upside on the report date share price. Kazim Andac, director of European banks at Deutsche Bank, Anke Reingen, banks analyst at the Royal Bank of Canada, and Magdalena Stoklosa, head of European banks research at Morgan Stanley, also issued bullish targets of over €75.

However, Omar Fall, equity research analyst at Barclays Investment Bank, was more bearish, issuing a €62.30 price target on 9 February, which represented a 5.61% downside on the report date share price.

Looking to the longer term, algorithm-based forecasting service WalletInvestor rated BNP Paribas stock “an acceptable long-term investment” as of the time of writing.

Etsy stock forecast: Can the share price rebound to $250?