3 reasons why oil price may hit $100 this winter: BofA

The global economic recovery from the coronavirus pandemic is now at risk from a dramatic surge in energy bills. And that threat is unlikely to fade anytime soon, according to Bank of America (BofA).

The price of crude oil may rise to $100 (£72.55) per barrel, a level unseen since 2014, as early as the coming winter in the Northern Hemisphere, potentially fuelling global inflationary pressures and raising the risk of another economic crisis, according to Warren Russell, a New York-based energy commodities strategist at the US bank.

WTI Crude Oil, the American benchmark, has rallied to almost $85 per barrel from the sub-zero levels tested in April 2020, when demand had collapsed as Covid-19 forced economies into shutdown. The escalation in energy costs isn’t limited to oil – natural gas prices have jumped to record highs in Europe, forcing many users to switch to liquid fuel.

“The market has started to wake up to the potential for very strong oil demand this winter as the world grapples with a broader energy crisis,” Russell said in an interview. “Oil prices could reach $100 this winter if strong trade, low stocks, and an air-travel rebound collide with cold temperatures.” 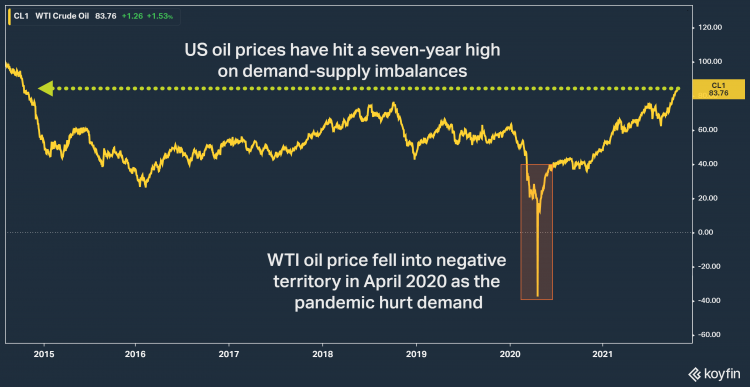 There are three key reasons why the bullish trend in oil may continue, pushing prices towards triple-digits in the coming months, according to Bank of America:

Analysts at Goldman Sachs expect Brent to peak at $90 by year-end, lifting their earlier forecast of $80. In 2022, they see an average level of $80. ING Group recently raised its fourth-quarter average forecast to $77 from $70, but expects prices to modestly ease next year amid output increases from major producers. 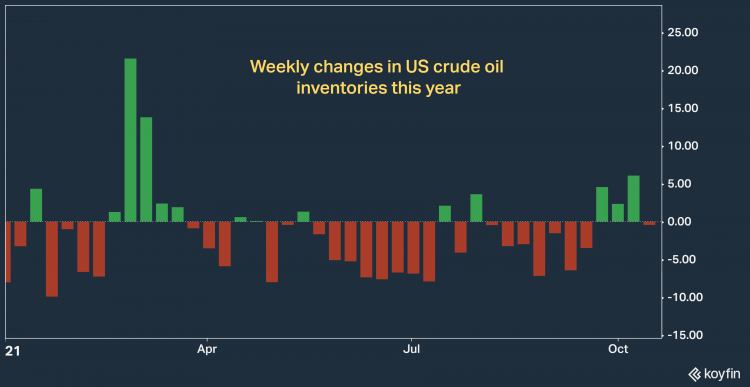 What is driving the oil rally?

Each of the following factors have played a role in adding upward pressure on oil prices: 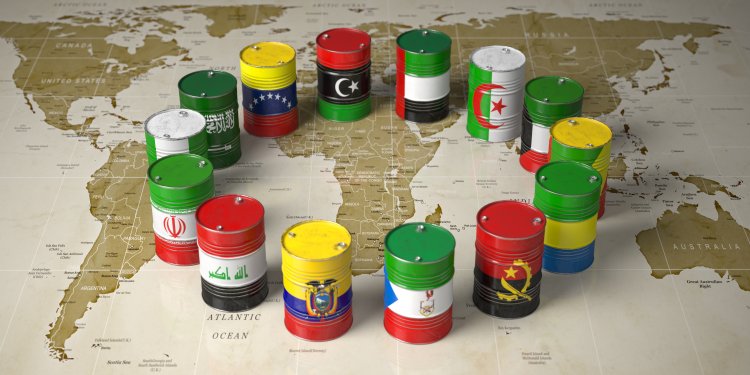 Will OPEC+ step in to help?

Some analysts expect the OPEC+, an alliance of the world’s largest petroleum producers, will step in to boost supply and help stabilise the market, should a further escalation in crude costs threaten the global economy. Earlier this month, the intergovernmental organisation decided against a larger-than-planned output increase, fuelling gains in the commodity.

“Oil prices that threaten the recovery in oil-consuming countries is not in OPEC+’s interest,” said Scott Livermore, chief economist at Oxford Economics Middle East. “If elevated oil prices sustain, OPEC+ will drive up production quotas and by the beginning of 2021, demand and supply are expected to be in sync.”

Still, crude prices could climb further in the short term amid lingering demand-supply imbalances, as the OPEC+ assesses how much of the recent price moves were due to transitory factors such as Hurricane Ida and gas-market bottlenecks, Livermore added.

Should a move above $100 materialise, it would evoke memories of oil-market upheavals seen in the run-up to the global financial crisis of 2008. That year, crude prices went from about $88 per barrel in late January to an all-time high of more than $147 in July, adding to volatility that was already on the rise across asset classes. In the following months, the world witnessed the widespread financial-market instabilities escalate into a full-blown economic crisis.

“Looking back at an analysis that we first put together in 2008, we note that energy as a share of GDP has risen to 5.6% so far this year but remains below the burdensome 8.8% level observed in 2008,” Bank of America’s Russell said.

“However, three bullish catalysts lay ahead on the demand side – gas to oil substitution, increased air traffic, and the possibility of a cold winter,” he added. “If all these factors come together, oil prices could spike, leading to a second round of global inflationary pressures and potentially fuelling the next macro crisis.”

With CFDs, you never actually buy or sell the underlying asset that you’ve chosen to trade. You can still benefit if the market moves in your favour, or make a loss if it moves against you. However, with traditional stock trading you enter a contract to exchange the legal ownership of the individual shares for money and you own this equity.

CFDs attract overnight costs to hold the trades, (unless you use 1-1 leverage) which makes them more suited to short-term trading opportunities. Stocks are more normally bought and held for longer. You might also pay a stockbroker commission or fees when buying and selling stocks.

Capital.com Three reasons why oil price may hit $100 this winter: Bank of America