What are cyclical stocks?

Over the last month, US benchmarks are down again as utility stocks and other consumer staples quickly become the only bright spot for investors in a bear market.

Capital.com analyst Piero Cingari said, “There have been no positive returns in any sectors of the S&P 500 (US500) since the beginning of June, while Healthcare (XLV), Utilities (XLU), and Consumer staples (XLP) declined the least, slipping just 2.4%, 2.5%, and 6.2%, respectively.”

“This is an indication that investors are shifting towards sectors that might benefit during economic downturns or even in a recession,” he continued. “Investors will favour defensive stocks over cyclical sectors in the coming months.” 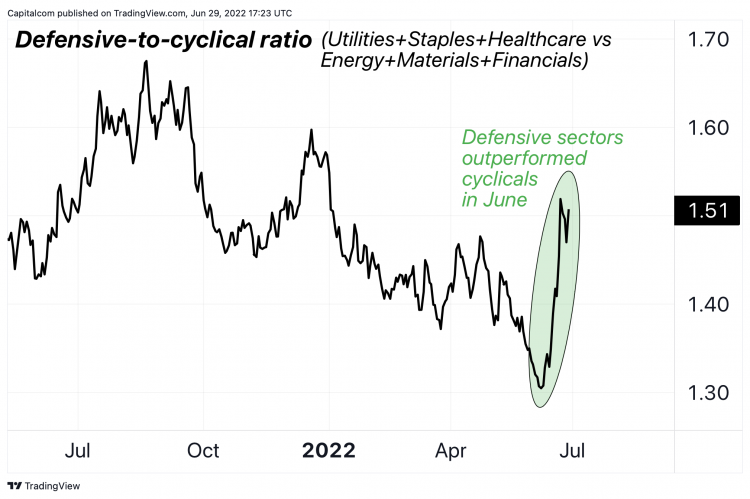 “On the other hand, the traditional cyclical sectors, which are more vulnerable to growth, have had a very negative month,” Cingari added.

What are cyclical stocks?

Cyclical stocks are shares of companies whose business models rely on a robust economy like restaurants and hotels, retail, travel and leisure. 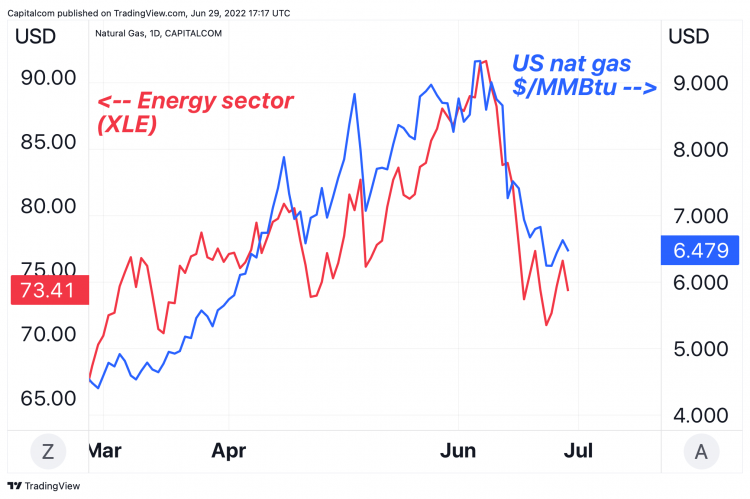 “Since the beginning of June, Energy (XLE) has been the worst performer, sinking 15%, followed by materials (XLB), down 14% and financials (XLF), with a 10% drop,” Cingari said.

“Natural gas prices dropping from a peak of $9.3 per MMBtu to the current $6.5 per MMBtu have caused substantial damage to the energy sector, which had been profiting from rising gas prices,” he went on. “As a result, the market continues to price in a US recession, while equities performance trends in that direction.”