What is J Sainsbury PLC?

J Sainsbury PLC is one of the largest British grocery retailers, and also a retail banking provider. The brand – generally known as just Sainsbury’s – sells clothing, food and homeware, and offers financial services. It is currently the second biggest UK supermarket chain, with a 16.2 per cent share of the market as of October 2017. Tesco, its biggest rival, is Britain’s largest supermarket chain.

Sainsbury’s says its vision is to be “the most trusted retailer, where people love to work and shop”. In practical terms, the company’s strategy is “to sell multiple products via multiple channels” – making it easier for the customer to get whatever they want, whenever they want.

Who are the key people at J Sainsbury PLC?

Mike Coupe is Chief Executive and chair of Sainsbury’s Operating Board. He has a vast amount of retail industry experience and joined Sainsbury’s from Big Food Group. He previously worked for both Asda and Tesco, which has given him a real insight into the issues faced by Sainsbury’s chief competitors. David Tyler has served as Chairman of J Sainsbury PLC since 2009.

What is the modern history of J Sainsbury PLC?

Sainsbury’s was founded as long ago as 1869, when it was a single store in London’s Drury Lane. Originally just a retailer of fresh produce, it later moved into packaged groceries. In 1922 J Sainsbury was incorporated as a private company; it went public in 1973. At the time it was the largest ever flotation on the London Stock Exchange.

Sainsbury’s was a pioneer in the introduction of self-service supermarkets in the 1950s and 60s, and a leading force in the development of own-brand products. In the 1970s and 80s it invested heavily in out-of-town supermarkets and hypermarkets; over the past decade it’s been the convenience store format that’s seen great growth.

What are the latest developments at J Sainsbury PLC?

A major recent development at Sainsbury’s was its 2016 takeover of Home Retail Group. The deal included Argos and Habitat, turning Sainsbury’s into the biggest retailer of merchandise in Great Britain. After the acquisition had been completed, J Sainsbury PLC was reorganised into 3 divisions: Sainsbury’s, Sainsbury’s Bank and Sainsbury’s Argos.

In the second half of 2017 Sainsbury’s made a number of job cuts, axing 1,000 roles across its Head Office and support centres, and announcing further plans to axe all store-based HR staff. Proposals were also unveiled in January 2018 to reform store management structures – again there are expected to be many job losses.

In its third quarter trading statement for the 15 weeks to 6 January 2018, Sainsbury’s highlighted its record performance over Christmas. Total retail sales were up 1.2 per cent in the quarter; grocery sales grew 2.3 per cent; and both general merchandise and clothing outperformed the market despite challenging conditions.

The Sainsburys share price has hovered between around 220p and 400p since 2013. As of 1 March 2018 the shares stood at 256p, giving the company a market capitalisation of around £5.62 billion. Our SBRY chart tracks the latest ups and downs in the retailer’s share price.

Where does J Sainsbury PLC operate?

Sainsbury’s head office is in Holborn, London. As of February 2018, the business had over 800 convenience stores, 600-plus supermarkets, over 800 Argos stores and £11 billion worth of property assets. Interestingly, some 13,000 of Sainsbury’s 150,000 staff have worked for the company for 20 years or more.

Where is J Sainsbury PLC traded?

Sainsbury's is a member of the FTSE 100 Index. The company’s shares are bought and sold on the London Stock Exchange. As of February 2018, the largest overall shareholder is the Qatar Investment Authority, which holds 21.99% of the company. Check out Capital.com for an up-to-date SBRY chart. 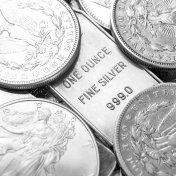 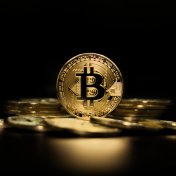 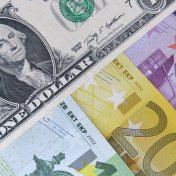 Why is J Sainsbury PLC important to traders?