After a tremendous rally in risk assets to begin the quarter, today we are seeing markets taking a bit of a breather as US indices drift lower. Similar themes once again emerge in the latest uptick, as market participants ponder a possible central bank pivot. While we have seen the likes of the RBA raise rates less aggressively (25bps vs 50bps expected), we had not seen that same slowdown from the RBNZ overnight and are unlikely to see the Federal Reserve take their foot off the gas with inflation remaining as sticky and elevated as it is. Therefore, this appears to be more of a bear market rally with a pivot from the Fed still not in sight, unless we see a notable decline in inflation. Consequently, economic data will be the key factor as to whether this rally persists, most notably the upcoming Non-Farm Payrolls report (October 7th) and the US CPI print (October 13th). However, with that said, my bias remains for rallies to be faded with the trend remaining bearish.

From the technical front, the latest rebound in the S&P 500 (US 500) did coincide with the first test of the 200WMA (3591), a key support level that has aided this pivot. This adds to the fact that technicals have provided noteworthy points of interest for turnarounds throughout this bear market in risk appetite. A reminder that the June-August bear market rally faltered exactly at the 200DMA. As such, topside resistance is situated at the late September highs (circa 3930) and the 100DMA (3963).

At the time of writing, the latest ADP report printed above expectations at 208k vs 200k expected, while the prior month's reading had been revised higher by 53k. In turn, this is likely to raise expectations for a firmer than expected NFP report on Friday. 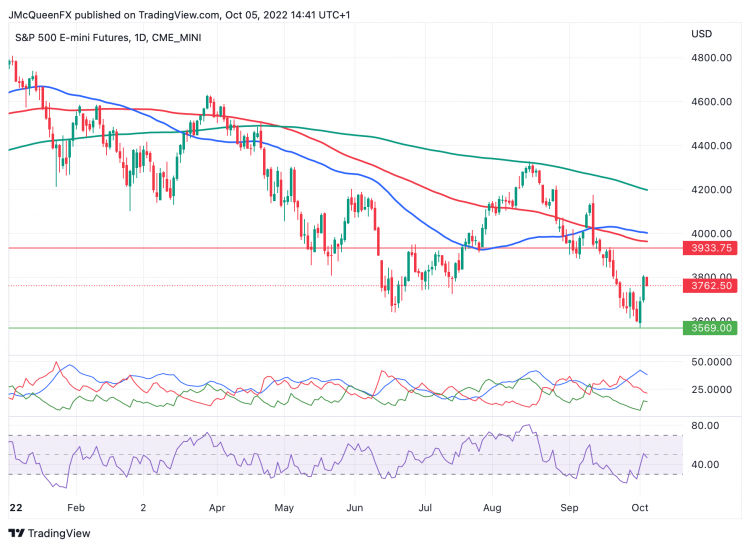 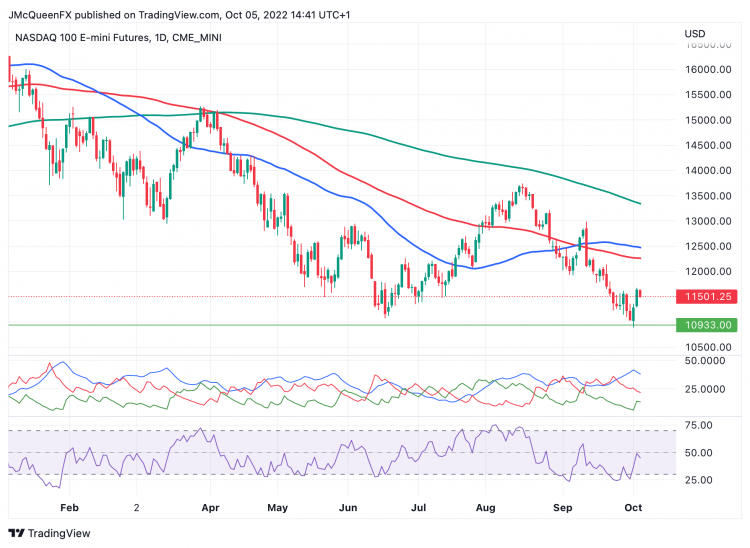 Arguably the Dow Jones (US 30) is having a tougher time than both the S&P 500 and Nasdaq given the blue-chip index had breached its pre-Covid peak. As I have said above, while we have seen a modest recovery, the path of least resistance remains tilted to the downside with 30,000 being the key psychological barrier in the short-run for the Dow Jones. 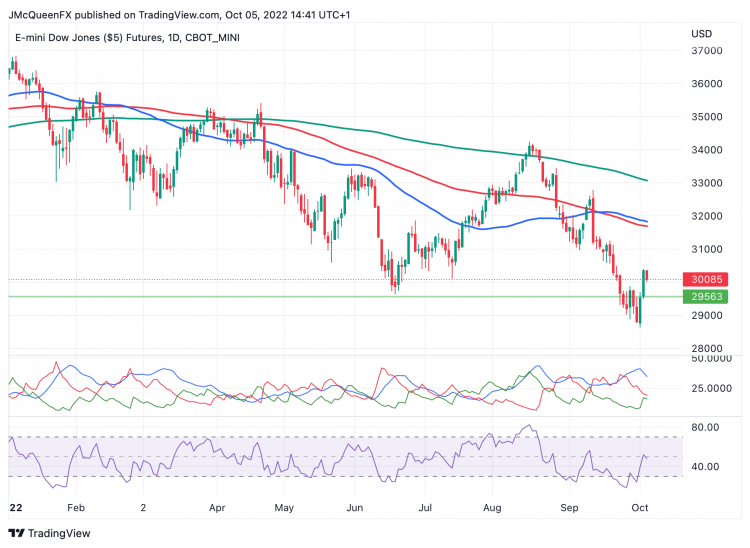