What is Measurable Data Token?

The team behind MDT?

The price uptrend coincided with several adjacent platform launches by MDT in 2021, including he blockchain-enabled cashback app RewardMe and blockchain oracle for financial data MeFi. Both apps and Measurable AI form parts of the decentralised data exchange ecosystem.

If you are interested in the token, read this analysis to find out the latest MDT coin news and MDT crypto price prediction.

What is Measurable Data Token?

According to MDT’s whitepaper: “MDT is a decentralised data exchange economy built on the Ethereum Blockchain.”

The data exchange’s ecosystem consists of adjacent apps such as RewardMe, MailTime Email Messenger and MeFi, which feed into the Measurable platform, where all transactions are based on smart contract technology.

Measurable Foundation, a public company limited by guarantee registered in Singapore, was established in October 2017 to manage the development and promotion of MDT.

The blockchain-based MDT aims to be a new ecosystem for data exchange, where the buy and sell process between suppliers and providers is impartial and mutually beneficial. In addition, users can trade data with consent and be rewarded for sharing anonymous data.

MDT plans to incentivise users with rewards for the data points exchanged and believes the transparency of such data exchange can motivate users to participate in the platform. However, unlike traditional closed data exchanges, buyers could be at risk of buying invalid and fake data without any means of verification.

The project claims that its platform is “a more efficient exchange model where all transactions are strictly enforced with cryptographically secure smart contracts”.

The Ethereum-based token will enable transactions on the ecosystem to be stored as smart contracts in the Ethereum blockchain. According to MDT, these smart contracts “are constructed by data providers, data buyers and the MDT platform”. MDT believes that “using cryptographically secure token contracts helps enforce performance of the contracts”. 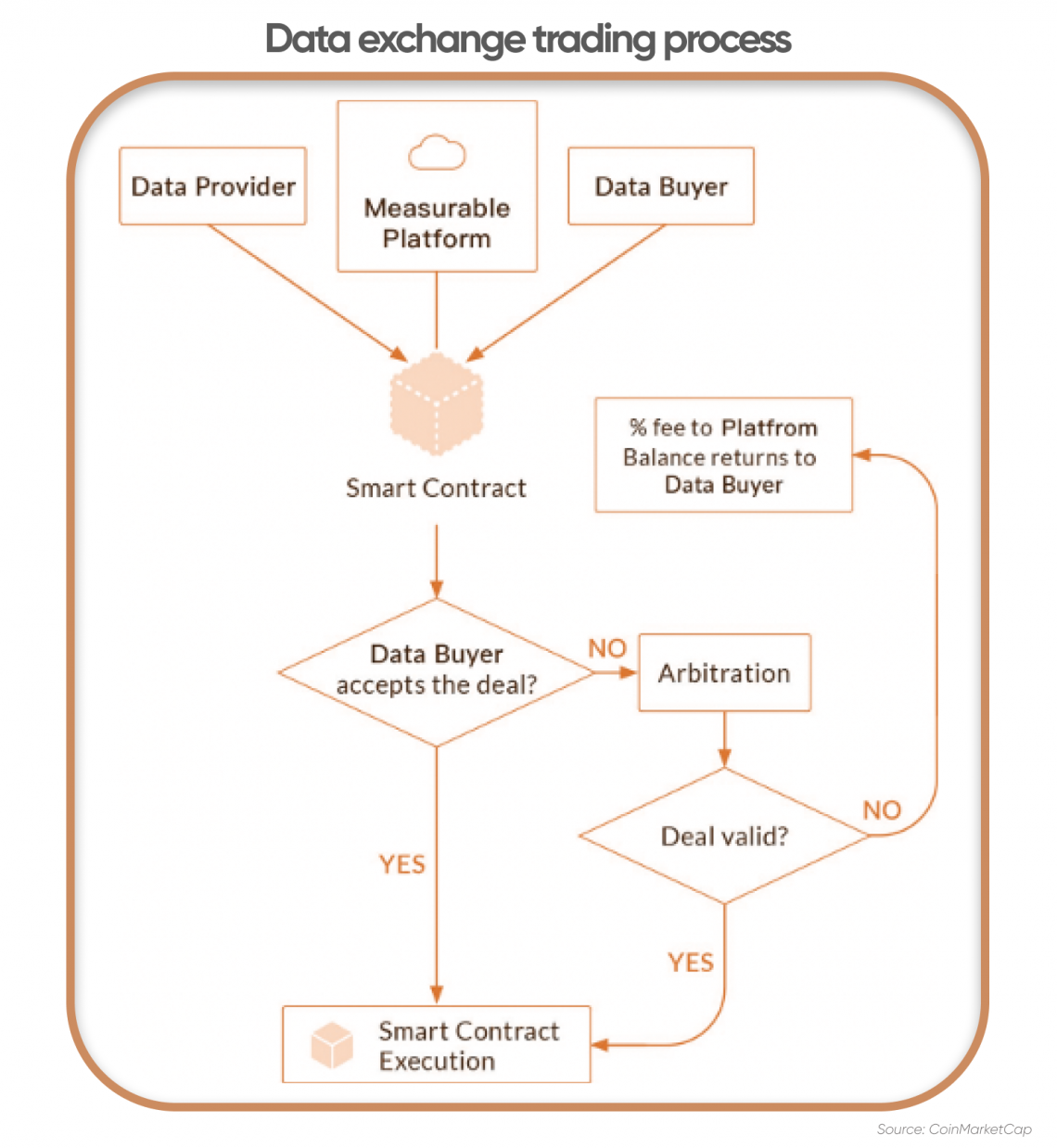 According to MDT, the token has a maximum supply of 1 billion coins. The circulating supply is 676.16 million coins with a market cap of $54.63m, according to data from CoinMarketCap.

Half the total supply of MDT will be offered for sale to fund the project’s development. The founding team of MDT, early investors and advisors were allocated 35% of the total token supply. The remaining coins are reserved for user growth pool, pre-sale and distribution event. 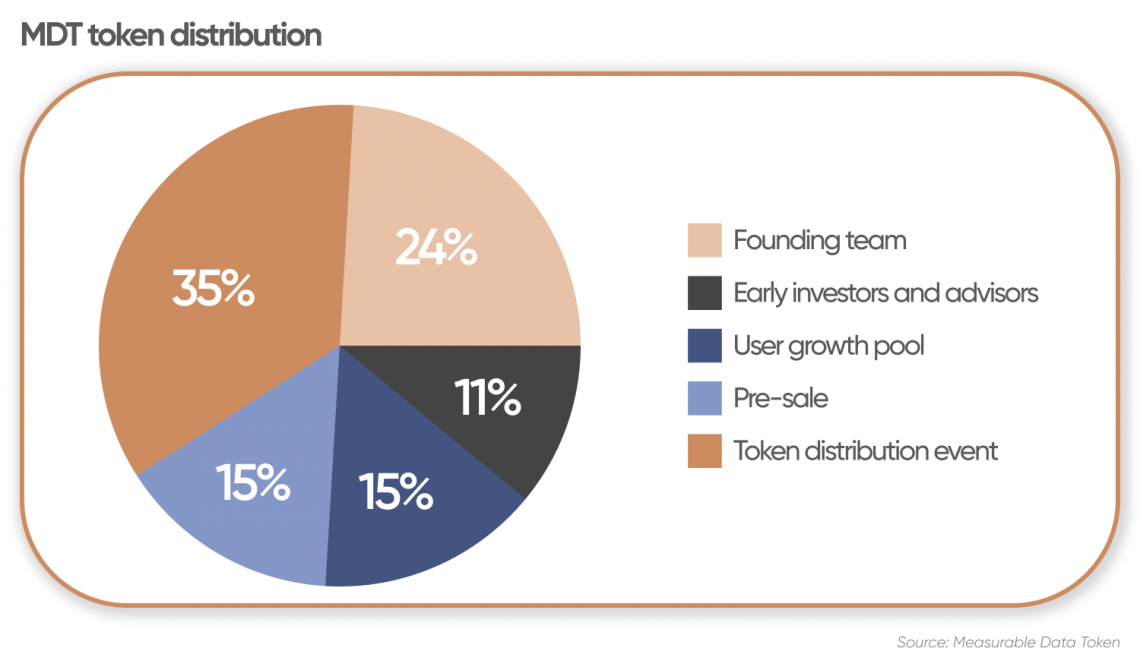 The MDT Foundation founding team also created MailTime Email Messengers. Team members will not be allowed to trade the 240 million tokens allocated to them for 24 months, but 10% of the supply can be vested immediately after the token distribution event and a further 15% six months later. The remaining will be vested at a rate of 1/18 a month over the following 18 months.

The exchange rate for ether (ETH)/MDT will be fixed during pre-sale, early bird and token distribution events at the below rates:

MDT has also set the below conditions for the above events:

Although the project has been in development since 2017, the token was only listed for trading on Coinbase in December 2021. Coinbase is one of the largest cryptocurrency exchanges in the world. In addition, MDT is available on Binance, OKEx, Bitterex, Poloniex, HitBTC and Gate.io.

The team behind MDT?

The MDT team is Hong Kong-based and headed by director Heatherm Huang, CEO of MailTime App and co-founder Measurable AI. Huang’s LinkedIn profile shows he has been with the project since its inception.

According to cryptocurrency research and data site Is This Coin A Scam, the MDT project has a safety score of 5.33, data on 20 January 2022 shows. MDT scored highly at 8.83/10 based on its community metrics, 7.17/10 for sentiment, 7/10 for its credibility and 5.4 for trading volume. It was awarded 4.5/10 for development and 0.68/10 for awareness. The scores are based on the site’s research on social media platforms such as Reddit and Twitter.

According to the site, MDT “is suited to a balanced investment style”.

Despite a lack of awareness about this Measurable crypto project, the market outlook and forecast are bullish, with Price Prediction and Tech News Leader both expecting the MDT price to surpass $1 by 2028 and continue to rise in the subsequent years.

The most conservative forecast is by DigitalCoinPrice, which expects the MDT price to rise but stay below $0.20 in the next five years.

LUNC/USD forecast: Can Luna Classic come back from the dead?