News and Analysis News Commodities Gold vs US dollar seasonality trends: What could be the best and worst months for investing?

Similar to the harvest of grapes at the end of summer and the blooming of flowers in the spring, gold and the US dollar have exhibited recurring seasonal patterns, or seasonality trends, in their market performances.

Surprisingly, despite the fact that gold and the US dollar have been highly inversely correlated, meaning that when one rises, the other falls, and vice versa, they have historically had a strong start to the year for completely unrelated reasons.

Let's take a look at what the last 50 years of data has to say about seasonality in gold and US dollar. 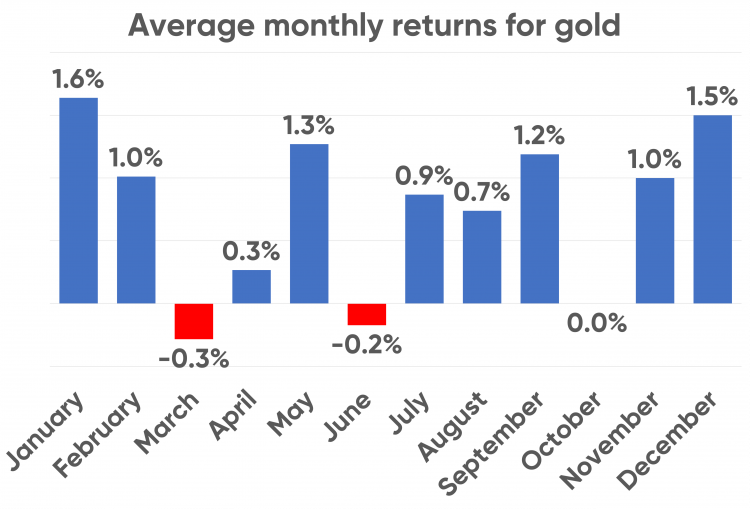 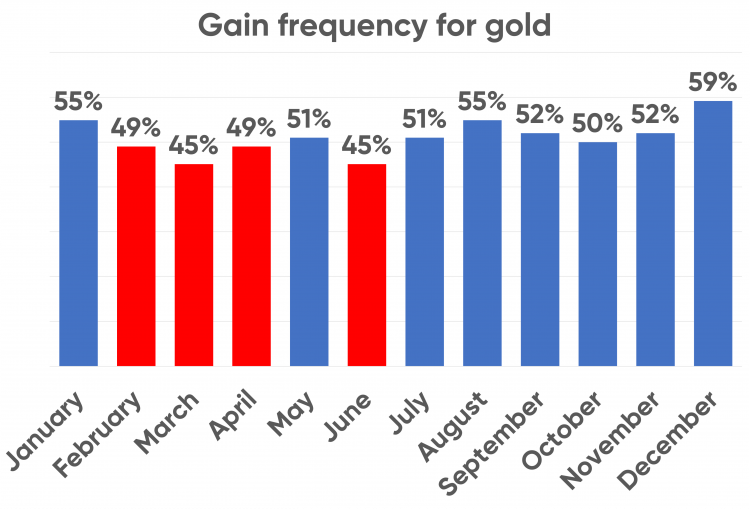 January has historically been gold’s best month of the year though it shoud be said that past performance is no guarantee of future results.

The likelihood of gold prices delivering positive returns in December and January has been 59% and 55%, respectively, reinforcing the strong seasonal pattern in these months.

Cultural factors underlying the Indian wedding season are what has made December and January bullish months for gold.

Around 10 million weddings are celebrated in India every year and the wedding season typically runs from October through March, when temperatures are more agreeable and religious festivals fall on weekends.

Purchases of gold jewellery, decorations and lucky charms have reached their peak during the wedding season in India.

According to the World Gold Council, India is the world's second-largest gold consumer, purchasing approximately 850 tonnes of the yellow metal each year, accounting for 27% of global jewellery consumption, slightly behind China.

US dollar’s seasonal patterns: roller-coaster ride from December to January 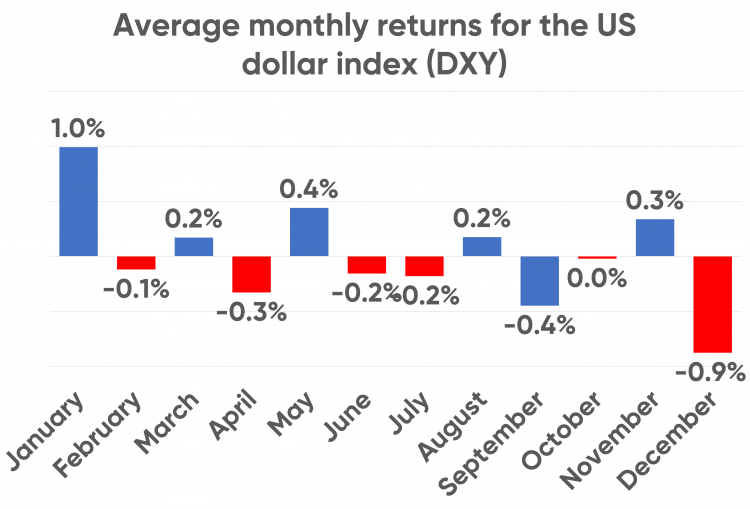 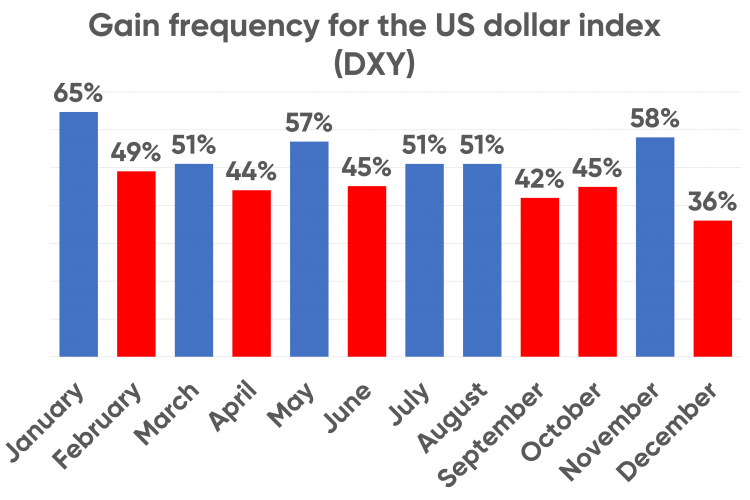 January is also the best month for the US dollar, while December is the worst, though again it's important to remember that past performance is no guarantee of future results.

The US dollar (DXY) index returned 1% on average in January, after falling 0.9% in December. The percentage of positive returns for the US dollar in January is very strong (65%), while it's substantially weak (36%) in December.

Why has this peculiar seasonal pattern in the US dollar occured?

The weakening of the US dollar at the end of the year is attributable to domestic tax law in the United States.

Many companies in the United States tend to underreport cash on their balance sheets at year-end in order to reduce their tax bills. They transfer money to foreign subsidiaries' accounts, which raises the demand for foreign currencies and temporarily devalues the US dollar.

Things change as soon as the new year begins and companies repatriate money held abroad to the United States, thus driving up the demand for the US dollar.

Gold analysis: Could a double bottom and bullish RSI divergence lead to a trend reversal?

Capital.com Gold vs US dollar seasonality trends: What could be the best and worst months for investing?