The Japanese yen (JPY) and the Swiss franc (CHF), two traditional safe haven currencies against the risks of global market turmoil, gained momentum following the release of the Federal Reserve minutes last night, while the US dollar index (DXY) retraced to the 102 level in European morning trade.

The Fed minutes failed to boost the USD, despite the board's unity in rising interest rates by another 50 basis points in the next "couple of meetings" and putting the cost of money into restrictive territory to battle pressing inflation. It might be a symptom that the market has already discounted a number of rate rises and is now anticipating the next phase, which might be a slowdown in the US economic momentum.

US dollar index (DXY) subdued after Fed minutes, as investors brace for a US slowdown

Fears that aggressive Federal Reserve rate rises would tip the US economy into recession are gaining momentum among market participants, driving the greenback lower and providing relief to other currencies that have been hit hard this year.

The Japanese yen (JPY) is the best performing currency today, gaining 0.5% versus the US dollar, and hitting the levels of mid-April.

The Swiss franc (CHF) was also in the green today, rising 0.2% against the USD, after having declined nearly 5% since the beginning of the year. 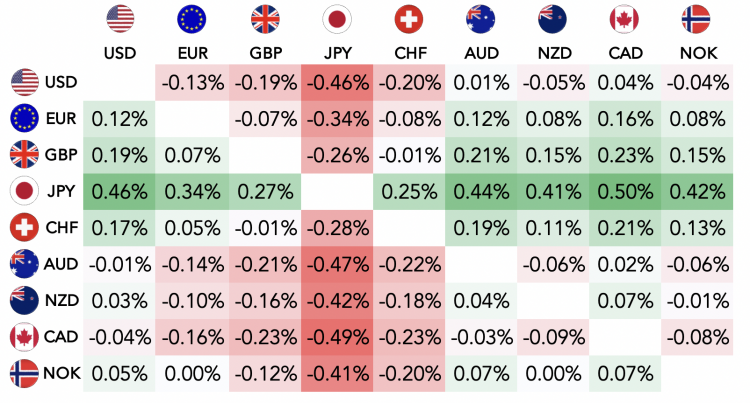 The Russian central bank convened an emergency meeting this morning to announce a 300-basis-point rate cut to 11%, emphasising that high rates have a detrimental impact on the domestic economy.

It's a clear sign that the rouble's exceptional appreciation (+24% since the start of the year against the US dollar) is now a worrying element for Russia's economy, which is being ripped apart by inflation at a 20-year high (17.8% in April) and the departure of foreign corporations.

This emergency rate cut, if backed by additional capital controls easing in the coming weeks, might lead to a trend reversal in the USD/RUB pair, which has just touched four-year lows and extreme oversold levels in the past days.

USD/RUB in deep oversold territory: a trend reversal in sight? 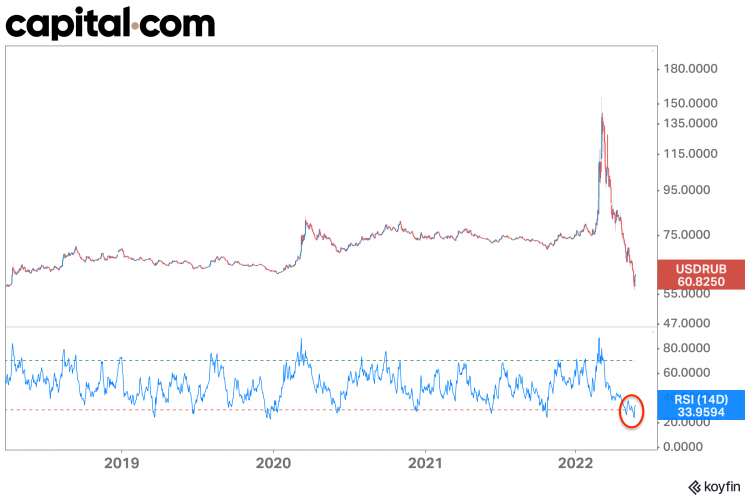 The Hungarian Prime Minister, Viktor Orbán, declared a state of emergency in Hungary yesterday in response to the conflict in Ukraine, granting the government expanded powers to improve family financial security.

Multinational corporations in industries ranging from energy to airlines will be required to contribute their excess profits to the struggling national budget.

The news was not warmly welcomed by the Hungarian forint (EUR/HUF), which fell 3% versus the euro, the most in over two months, to trade at 394 before retracing to 391.5 this morning. 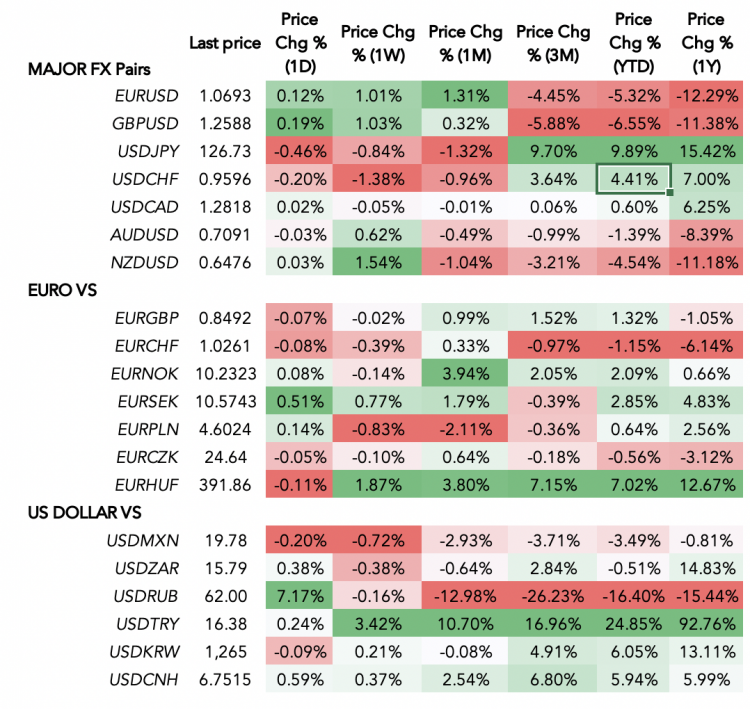 AUD/USD forecast: Can the Aussie rebound?

Forex news: Does the fire truck have to put the brake on the US dollar?