The Governing Council of the European Central Bank (ECB) has announced that interest rates will remain at their present levels for an extended period of time and well past the horizon of the net asset purchases that are intended to run until the end of September 2018.

Analysts watched to see if policy makers planned to wind down the bank’s programme of quantitative easing, but it confirmed that the net asset purchases, at the current monthly pace of €30bn, will run to beyond September if necessary.

They could even run until the Governing Council sees a sustained adjustment in the path of inflation consistent with its inflation aim of below, but close to, 2% over the medium term.

The primary objective of Governing Council when it sets the key interest rates is to maintain price stability. 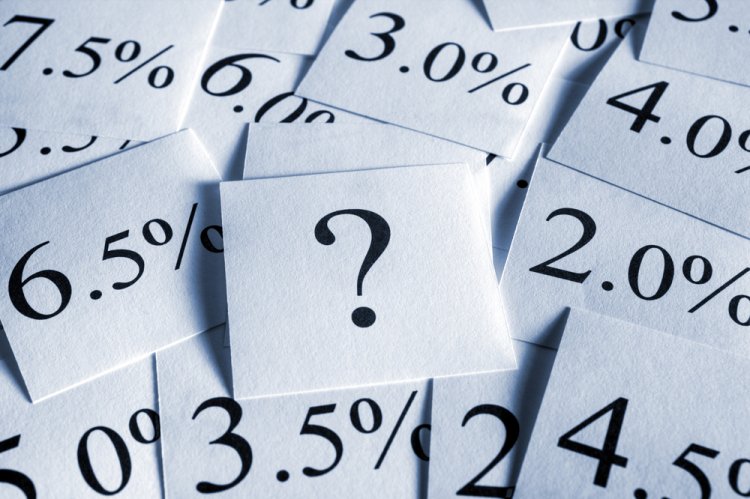 ECB has announced that interest rates will remain at their present levels for an extended period of time. Source: Shutterstock

Following the announcement on Thursday, the interest rate on the main refinancing operations that normally provide the bulk of liquidity to the banking system remains unchanged at 0.00%.

The rate on the deposit facility that banks may use to make overnight deposits with the Eurosystem will continue to be -0.40%.

And the marginal lending facility rate that offers overnight credit to banks from the Eurosystem will stay at 0.25%.

Regarding non-standard monetary policy measures, the Governing Council confirms that the Eurosystem will reinvest the principal payments from maturing securities purchased under the asset purchase programme for an extended period of time after the end of its net asset purchases, and in any case for as long as necessary.

It is hoped that this will contribute both to favourable liquidity conditions and to an appropriate monetary policy stance.

The eurozone recorded its best performance in a decade in 2017, yet most of the recent economic data releases point to a lower-than-anticipated growth rate for the first quarter and inflation still remains below the ECB’s objective.

Analysts are concerned that a combination of reduced business confidence and falling industrial output in the region will lead to a loss of economic momentum. Forecasts have been revised downwards amid fears that trade tensions are creating a slowdown.

After five consecutive increases in the 2018 outlook over the past year, economists in the latest Bloomberg survey cut their forecast for the eurozone to 2.3%. They said this reflected weaker consumer spending and factory activity. They also lowered their estimates for growth in each of the first two quarters to 0.5%.

Florian Hense, European economist at Berenberg Bank in London, said: “The acceleration phase has clearly stopped and risks are to the downside. But this is not to be confused with a slowdown, the eurozone is on a firm growth phase and, if some these risks do not materialise, we could be in for a rebound in the summer.”

Caution tempered by an unchanged confidence

In a press briefing following the ECB announcement on Thursday, Mario Draghi, President of the European Central Bank, said that the growth outlook remained solid but “there is a loss of momentum that is pretty broad-based across countries and all sectors”.

He said his overall assessment was one of “caution tempered by an unchanged confidence” of moving towards the ECB’s inflation target of just below 2%.

A range of one-off factors including cold weather, labour strikes and the timing of the Easter holiday period had contributed to weakness seen in a number of read-outs across the eurozone in recent weeks, according to Draghi. Inflation is set to remain well below the ECB’s target for the rest of this year. Source: Shutterstock

What impact will this announcement have on inflation?

The consumer price inflation in the eurozone came in at 1.3% year-on-year in March 2018, slightly below the preliminary estimate of 1.4% and compared with 1.1% reported in the previous month. Prices of food, alcohol and tobacco rose less than initially thought.

Draghi added that even after factoring in the recent rise in oil prices, inflation is set to remain well below the ECB’s target for the rest of this year, and an “ample degree of monetary accommodation” was still needed.

He acknowledged that the growing trade friction could also hurt business confidence and economic growth, and thereby impact the slow recovery in inflation rates in the eurozone. He said: “If we have an increase in tariffs, an increase in protectionism, there may be direct effects. We can’t know now what are going to be the direct effects of potential retaliation.

"What is certainly known is that the events have a profound and rapid effect on confidence and confidence can, in turn, affect the growth outlook.

“We’ll have to see basically how the growth outlook could alter what is the convergence of the inflation rate to our objective.” 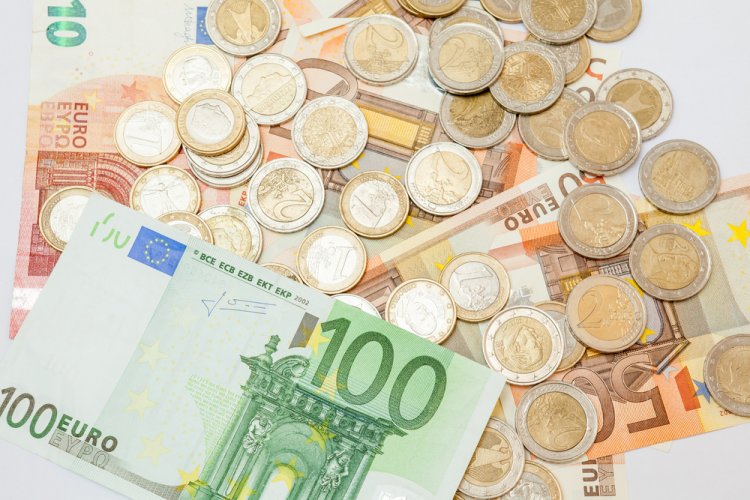 The euro edged off eight-week lows on Thursday and continued to rise by 0.4% overall. Source: Shutterstock.com

Impact on the euro?

Most analysts are expecting a “neutral-to-slightly positive impact on the euro” following the ECB announcement. It edged off eight-week lows on Thursday and continued to rise by 0.4% overall to $1.2209. It was up around 0.2% before the ECB’s announcement and at the start of Mr Draghi’s remarks but dropped again afterwards.

Marchel Alexandrovich, European financial economist at Jefferies, summed up the ECB momentary decision by saying: “The main takeaway is that nothing has changed in the ECB’s policy stance and they remain on course to taper later in the year.”